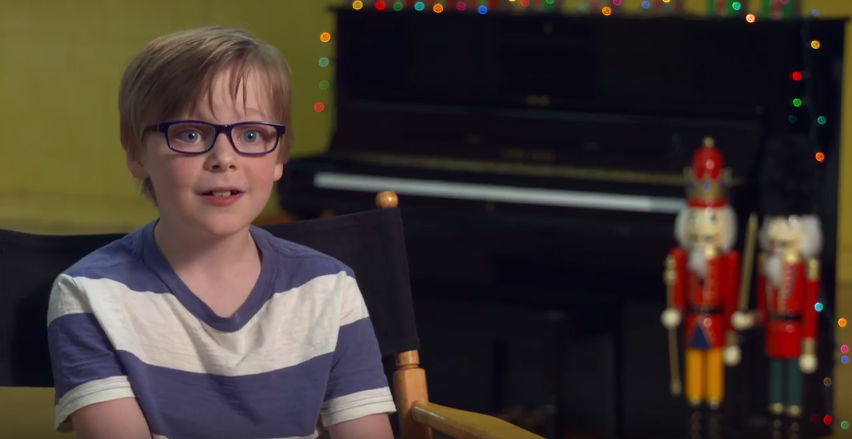 Newcomer Andy Walken has been cast in the lead role of Ralphie Parker in Fox’s live musical staging of “A Christmas Story,” the broadcast network announced Wednesday.

The 11-year-old from Seattle, WA was chosen for the role of Ralphie – a boy whose only dream is to get a Red Ryder Range Model Carbine Action BB Gun for Christmas – after a nationwide search and over 350 auditions.

The musical is a version of the Broadway musical of the same name, which is based on the 1983 film. Maya Rudolph is on board to play Ralphie’s mom, while Matthew Broderick will play the narrator, a grown-up Ralphie.

Benj Pasek and Justin Paul, the composers behind the Broadway musical, are also writing new songs for the TV version.

The live musical will  be produced by Warner Horizon Unscripted & Alternative Television.  Adam Siegel will also executive-produce with Jonathan  Tolins and Robert Cary serving as co-executive producers and writers.

Fox is banking big on the live musical genre following the success of Grease and is also preparing to mount a live version of Rent in 2018. The phenomenon kicked off when NBC staged a live Sound of Music, followed up with Peter Pan and The Wiz, while ABC tried its hand – somewhat less successfully – with a recorded version of Dirty Dancing.

Walken is represented by Clear Talent Group and Untitled Entertainment.

A Christmas Story will air on December 17 on Fox. See below for a video of Walken’s audition and finding out he got the role.