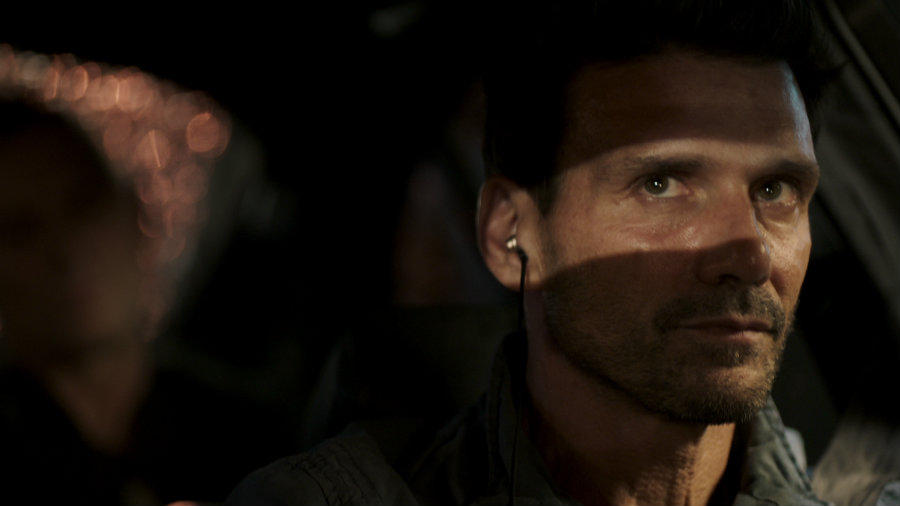 There’s a fun alternate universe where Frank Grillo was cast as Frank Castle in Marvel’s The Punisher. After people saw him playing the anti-hero Sergeant in James DeMonaco’s The Purge: Anarchy in 2014, everyone thought Grillo would be perfect for the role, but by then, he had already been seen as Crossbones in Marvel Studios’ Captain America: The Winter Soldier, and then the perfectly suitable Jon Bernthal was cast as the Punisher in Daredevil Season 2.

That’s a long-winded way of saying that if you want to see Frank Grillo in a cool Netflix original crime flick then you’ll probably have to settle on his role in Jeremy Rush’s Wheelman, which will premiere on the streaming service starting Oct. 20.

Written and directed by Rush and produced by Solution Entertainment Group and Grillo’s own company with Joe Carnahan, WarParty Films, the film is about Grillo’s unnamed getaway driver “wheelman,” who is trying to survive after a bank robbery gone wrong.

Netflix has released the official trailer for the movie, which just premiered at Fantastic Fest in Austin last month, and you can check it out for yourself below.