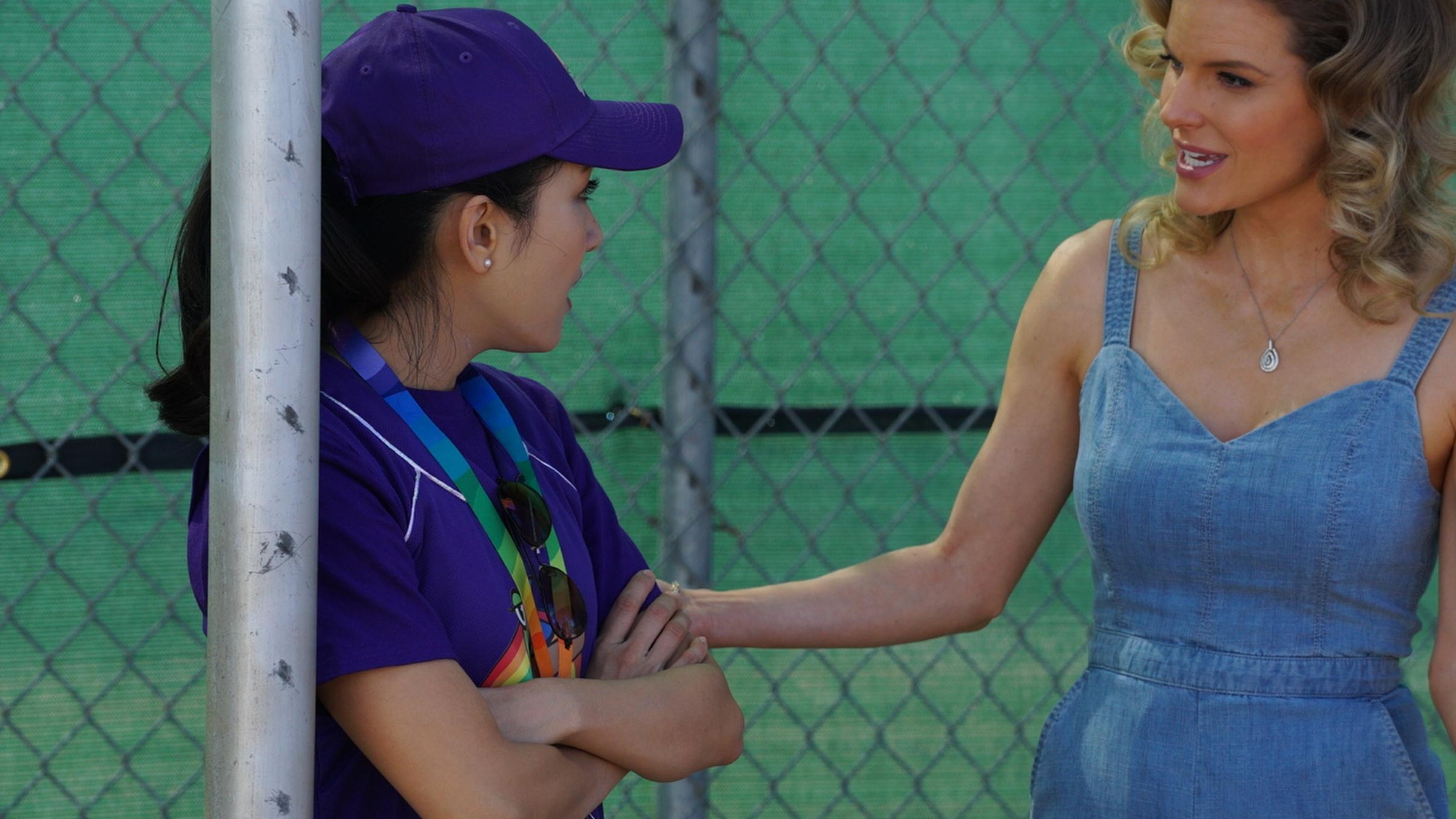 Nicole (Luna Blaise) is front and center on this week’s Fresh Off the Boat. “A League of Her Own” shows Nicole ready to come out and look for acceptance. Meanwhile, Louis (Randall Park) is at odds yet again with Matthew Chestnut (Matt Oberg) and Jessica (Constance Wu) gets in both Nicole’s and Louis’ way. How does this all tie together? Baseball. 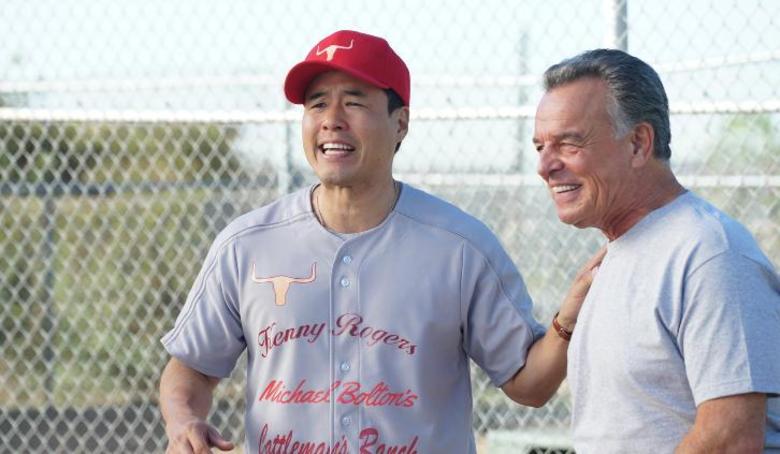 The series running joke with Jessica always hanging out at the Denim Turtle, a lesbian bar which she doesn’t realize is a lesbian bar is finally paid off. With Nicole walking into the bar not expecting to see Jessica and Honey (Chelsey Crisp) there, she not only has to explain that she wants to join the softball team, but she comes out to Honey as well. Jessica, being who she is, asks her how she can be gay if she’s not a man, realizing that girls can be homosexual as well.

With Louis having everyone primed to play for Cattleman’s softball team, Matt tells Louis that they’re gonna have to cut the softball team as it’s too much money. Louis then comes to an agreement that if Cattleman’s wins a game, they’ll keep the team. While talking to Emery (Forrest Wheeler) and Evan (Ian Chen) about the game, Jessica assumes that Louis wants her to manage the softball team when in fact he doesn’t. Taking that as a slight, Jessica goes to the Denim Turtle for control of their softball team which she gets. Louis is surprised to see her as well as Jessica be this petty over nothing. 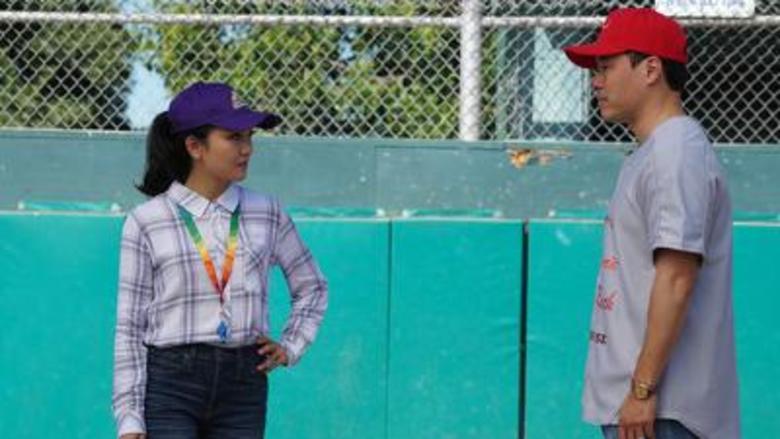 Nicole and Honey are surprised to see Marvin (Ray Wise) playing for Cattleman’s. Honey telling Nicole to take it as a sign to tell him that she’s gay does so. But before she can break the news poor Nicole is forced to endure a homophobic joke Marvin makes before she can crack the news. Telling Honey what happened, Honey tries to confide in her that he probably didn’t mean it as he constantly makes an awful racist joke about Mexicans which Jessica finds funny. Nicole says she’ll live her life in secret to which Honey objects. In the funniest moment of the episode, Honey tells Nicole that she was afraid to tell her parents that she was dating Marvin because he is white. Jessica mentions that Honey is white also, to which Honey counters that parents have high expectations.

Later that night, the Ellis’ watch A League of Their Own, Nicole attempts to come out to Marvin but fails to. However, the next day at the game not only does Eddie (Hudson Yang) fake an injury to keep his Bootyman jersey clean, but Jessica accidentally outs Nicole to Marvin. Which hangs over them for the whole game. However, Marvin comes to terms with it and apologizes for the crass joke before tagging Nicole out as she attempts to make a home run.

During the game, Matthew doesn’t try to play and sabotages the game in order for Cattleman’s to lose. However, he comes to realize that Louis is right. The softball team makes the staff stronger and resolves to keep it. Just then Mattew and Louis have Gatorade dumped on them with Eddie facing facts that his Jersey was never meant to be clean. Jessica also sees the importance of the game after watching Marvin and Nicole come together. 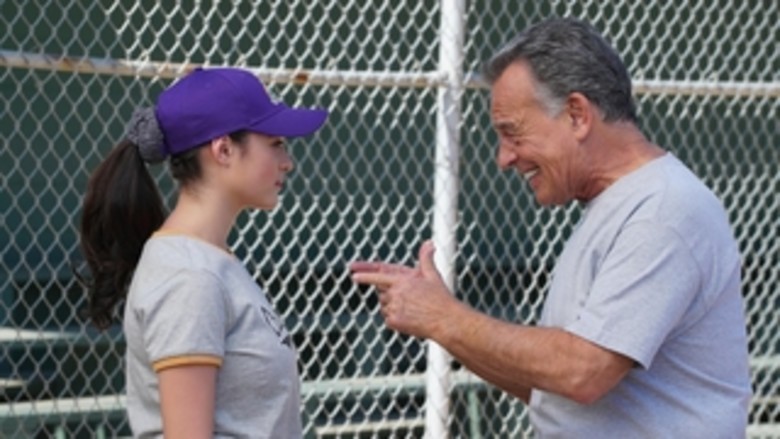 This is the best episode of the season so far, yet Jessica drags the episode down as she so often does. Do the writers realize that they have solid material without her being such a driving force. It seems like they have to wedge her in for both narrative and comedic purposes, yet other characters were there throughout the episode to do exactly this. And it seems this season when we do focus on Eddie they want to make him as dumb as possible to the point where it’s clashing with the previous three seasons. Even from episode to episode we see Eddie making smart selfless choices to eating fries off the floor of a car. We gotta take what we can get, and I’m glad that at least the writers are choosing to keep exploring Nicole’s sexuality.