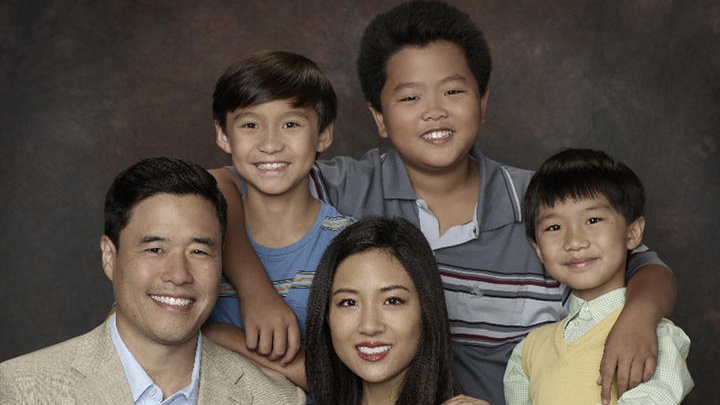 Fresh Off the Boat is back and it’s just as a mixed bag as last season was. “B as in Best Friends” represents both the best and worst of the show all in one episode. It’s amazing how that happens, yet here we are. I truly yearn for the early days of the show, specifically its first season focusing more on culture shock and Eddie’s growing pains which have now become secondary to everything else.

Secondary to what you may ask? Well let’s start with by far the worst aspect of this episode and that has been Jessica (Constance Wu) and Honey (Chelsey Crisp). With the Huangs still homeless, Honey offers the family to stay with them after Evan (Ian Chen) briefly recaps the events of last season’s final two
episodes to the tenant of their old house. However, the Huangs quickly take advantage of Honey’s hospitality much to her disdain. Making matters worse is that Murray (the Huangs’ landlord) is willing to sell the house back to them, but Jessica wants to get it back as cheap as possible prolonging their stay at Honey’s. 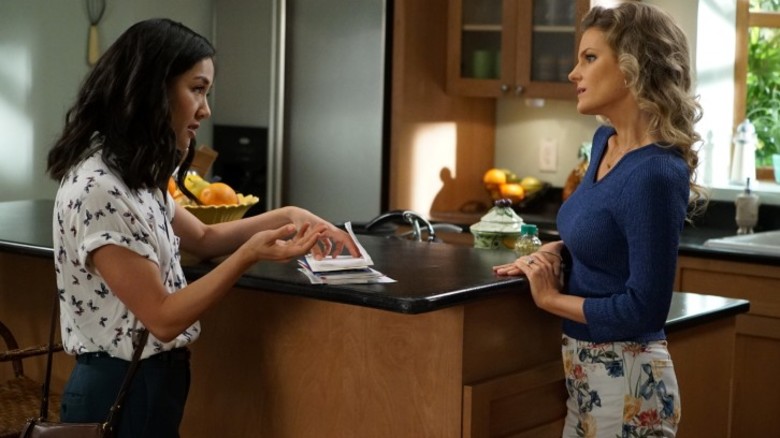 Making matters worse is Jessica receiving a letter about appearing on Wheel of Fortune’s “Best Friends Week”. Over a long week, Jessica has Honey prepare for the game show over the course of a very long week. All of which comes to ahead when Honey can’t take it anymore and breaks down while the two are on the show. Honey explains to Jessica the meaning of Southern Hospitality and Jessica tells Honey that she considers her family and that if she wanted them out, she should have told them as family they’re always honest.

This is a played storyline, to say the least. How many times have we’ve seen this scenario played out in not only sitcom storytelling but other genres as well? The best thing about this was having Pat Sajak and Vanna White secretly hate each other only for both of them to break down as well over their friendship. Jessica has never cared what anyone has thought about her, and this is what has led to the same storylines played out episode after episode.

This is not against Constance Wu who is an incredible actress and knocks it out the park week after week, just like the rest of the principal cast. It’s the writers and how they let this character grow and regress for the sake of “comedy”. At some point you’d, think Jessica would come to realize that she needs to be a better person. And as a character making her the focus of the show is a huge mistake.

Eddie (Hudson Yang) however, has the best storyline this week with his feeling like the Fresh Off the Boat I used to love. This takes place probably thirty minutes to an hour after the season three finale, and yet all of the kids have grown considerably since. It’s funny, as Hudson Yang is now much taller and his voice is deeper, showing why studios like to crank out as much as they can when working with child actors. Eddie is coming to terms with having no friends, something he thought he could rectify by having it be no big deal that he insulted them, to which they’re all still angry about (rightfully so). He’s also confused as Nicole (a noticeably older Luna Blaise) is starting to talk to him and hang out. His girlfriend Alison (Isabella Alexander) is away all summer, who he’s alone and vulnerable emotionally with no one to talk to or hang out with. 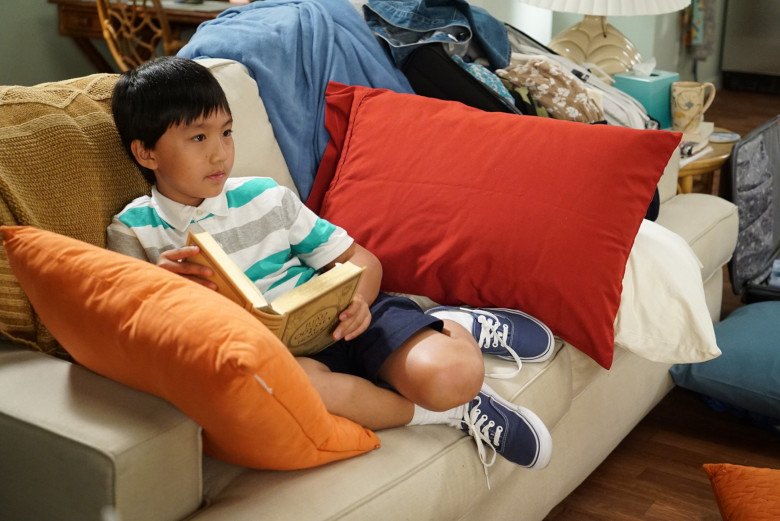 Confused, Eddie asks Dave (Evan Hannemann) for advice when Nicole asks him to get free chips and salsa at The Spicy Gecko. Dave gives Eddie horrible advice but notes that it is the darkest restaurant in Orlando with people only going there for complete privacy. Well, we understand why Nicole wanted to hang with Eddie as all of her other friends are becoming interested in boys, she realizes she likes girls. Nicole confesses this to Eddie as he declares his love for Alison rebuking what he thought was interest in her. This makes for an awkward ride home (Nicole has her license and a car) to which Nicole says she came out to him as they’re friends and Eddie is easy to talk to. Eddie not saying a word due to how confused he is leaves Luna in the car as soon as they get home only for him to take a breath and to start asking Nicole questions and being there for her as a friend. He reminds her that her car is a safe space after Nicole had told him the same thing earlier on him being afraid to start high school alone (she tells him that it could be a good thing and he could reinvent himself as well).

This was done really well and handled with nuance. Eddie is in a transitional period, so it was good writing to see that Nicole is mirroring his anxiety as well as she starts to come to terms that she’s a lesbian. I’m so glad that Eddie getting his friends back and making up won’t be resolved as quickly as the Huangs getting their house back and will make for good tension as well as character growth for Eddie. Having Eddie be the only person Nicole has come out to can make for some great storytelling this season. I hope the writers can build off of what they’ve established.

Having Chris Elliott on as Adam is a waste considering how quickly the landlord was willing to give the house back to the Huangs. I thought that was going to be something that would play out in the first two or three episodes of the season, which makes the big cliffhanger in the season three finale pointless since they treated it as background noise this episode. Same goes for Marvin (Ray Wise) who was just there this episode and wasn’t included in the action this week. 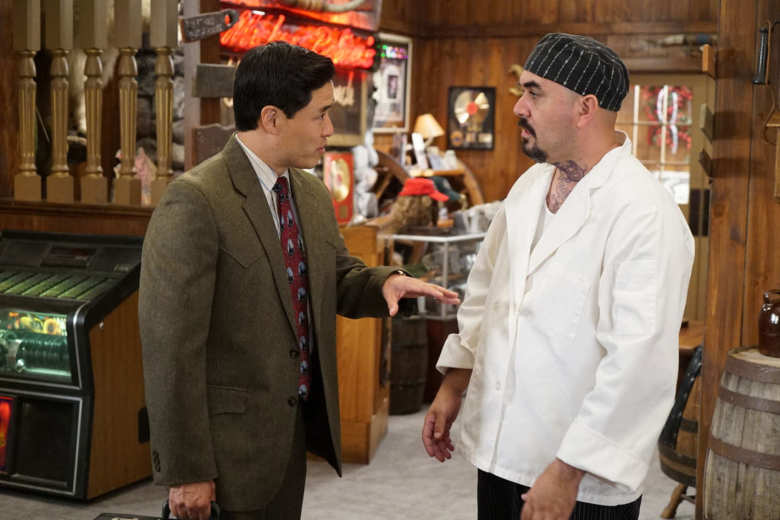 Other things to note are Emery (Forrest Wheeler) and Louis (Randall Park) bonding and building a birdhouse which hilariously looked like the infamous Amityville house. This was played up even more when it is seemingly just as haunted. Louis has had free time due to Michael Bolton running Cattleman’s Ranch despite the fact that he was being paged all episode. Those pages coming from Hector (Noel G.) about a serious situation. Kenny Rogers’ rivalry with Michael Bolton lead to Kenny buying out Cattleman’s from Bolton. I hope this leads to something great as well. Really funny this episode was Evan still doing his summer reading only to get caught up in The Babysitters Club book series he initially dismissed as trash.

Eddie is still growing and starting a new chapter in his life. Fresh Off the Boat always worked well when he was the center of it. While last season had Jessica tackle some big topics such as immigration and citizenship, we also had to deal with some very dull episodes focused on her as well as Louis. The show is already swinging big with Nicole, but the writers desperately need to have Jessica be the B or C-plot for many of these episodes. I just can’t see how this show can go on with the A-plot being a wash, rinse, repeat of Jessica offending or pissing off someone only for her or the other person to learn a lesson. You can do better Fresh Off the Boat.