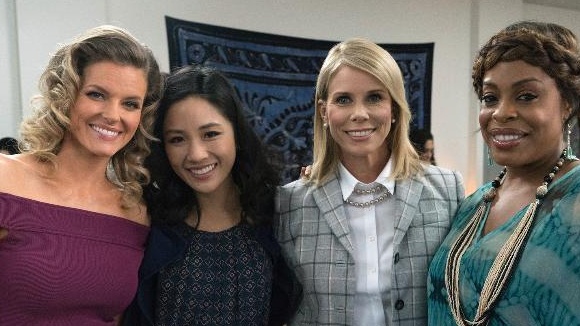 Happy New Year everybody! The first Fresh Off the Boat of 2018 has Honey’s (Chelsey Crisp) mom visiting. As always, a combative Jessica (Constance Wu) is recruited to help Honey out from her controlling mother. Control is the theme of all three storylines in this week’s episode.

Cheryl Hines stops by this week to play Honey’s mom. With her arrival, this puts the cruise Honey and Jessica won in the season premiere on Wheel of Fortune out the picture for them. Honey needs Jessica as her mother is too controlling. So how do you counter a controlling mom? With an even more controlling best friend. Unfortunately for Jessica and Honey, Honey’s mom is more cunning than either one of them could’ve imagined. 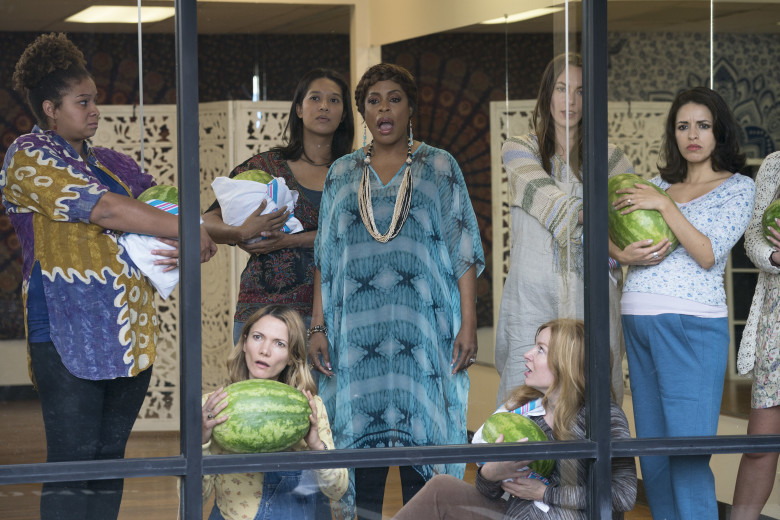 Honey’s mom finds common ground with Jessica. Making friends and slowly getting Jessica to let her guard down is a very sociopathic thing to do. Honey reminds Jessica that she’s supposed to be on her side despite her lying to Honey as she agrees with Honey’s mother. Despite this, the three women attend Wilhelmina Page’s (Niecy Nash!) baby class. Wilhelmina starts her class with a Missy Elliott joke using lyrics from “The Rain”. When Honey’s mom asks Jessica what she thinks of the class, Jessica tells her she thinks it is dumb. Honey’s mom tells Jessica that she should be honest with Honey as she’s never been a mother like they have.

Jessica breaks the news to Honey that they’re just not feeling it. To Jessica’s surprise, Honey’s mom lies by saying that she doesn’t think the class is trash. The two women then fight in the parking lot. Verbally. Honey taking it all in tells her mom that Jessica is not a liar. She’s there as Honey wants her there. Honey finally comes out and says that raising a baby without her mother involved drives her nuts. Honey’s mother then puts her down as she says she always needs help. When Honey needs space and leaves, Jessica assumes that her and Honey’s mother would go after Honey. Jessica then comes to realize just how bad her mother is as she leaves for the airport and not to go console her child. Jessica finds her at a hot dog place. Honey, knowing her mother left, is scared to go through motherhood alone. Jessica reassures her that she will be there for her as well as telling her that she was on her own for her three children. 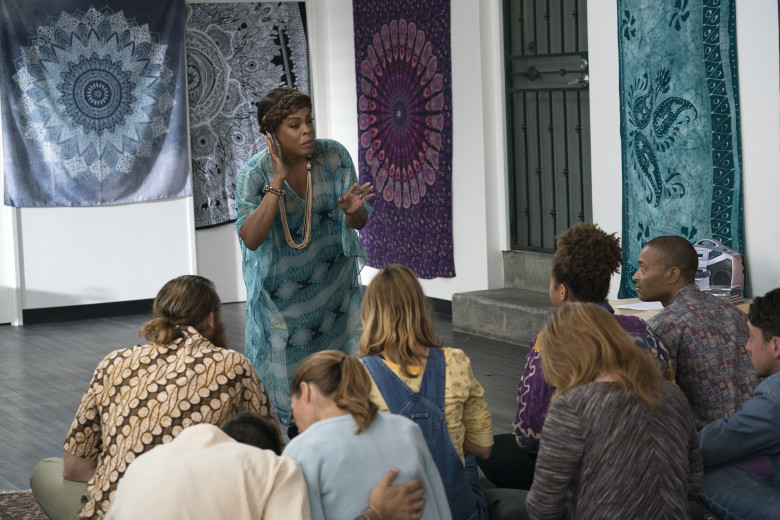 Eddie (Hudson Yang) and his friends all deal with the new girl at school. All the young teens in the group are attracted to her. Karen (Jane Widdop) walks up to the group of boys making great use of Ginuwine’s song “Pony” and introduces herself to Eddie. Later after Karen and Eddie get acquainted, Trent (Trevor Larcom) informs Eddie that Karen has a thing for Asians as he found out her last boyfriend was Asian. As the group agrees, Eddie puts Karen through multiple tests such as a popular Asian snack versus a Snickers. Bruce Lee versus Chuck Norris. As she passes all of Eddie’s tests, the two head back to her house. Upon reaching Karen’s room, Eddie notices her ex-boyfriends are Asian as well as a poster of James Iha on her wall (“1979” is one the best songs ever). Eddie lets her friends get into her head as he confronts her about it. Well, she comes to realize that this might be true, but she says she picked Eddie because he was wearing an X-Files shirt as well as seeming to be a cool guy. With her offended, the budding relationship is over. Eddie heads back to his friends to tell and they all seem indifferent to the outcome. Those are some terrible friends.

With Honey and Jessica out, Louis (Randall Park) and Marvin (Ray Wise) take the friends cruise. Marvin gives Louis bad advice when gambling and has him spending money when Louis didn’t want to. When Louis hits a split streak in blackjack, he finds out the hard way that a streak can only go on for so long. The house always wins. To make up for his gambling losses, Louis eats all the oysters he can to make up for it (food is all inclusive). As he breaks even on eating the oysters, Marvin arrives in a nasty orange tan as he fell asleep in the tanning bed. Just then, Louis is informed that Jessica is calling and takes the call. Jessica complains to Louis about Honey’s mother. After Louis gives Jessica some much-needed advice, he gets the bill for the call which is an even hundred dollars. With Louis down again, a joke Jessica made earlier came true. A woman fell over the side of the boat forcing the ship to return to port and giving everyone on board a full refund. 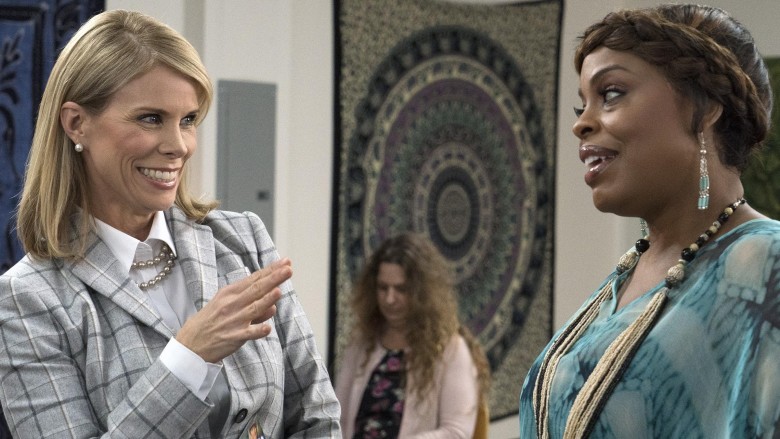 With Louis trying to control his fortune and spending, Eddie trying to control his failed budding relationship with Karen, and Jessica’s power struggle for control this was not a bad episode of Fresh. In fact, this has been much better than most of the season. Thoroughly entertaining, we get to see some of our characters grow despite this being a throwaway episode. The running joke with Dave’s (Evan Hannemann) dragonfly bite was nasty. The close-up shots were so unnecessary. And I did laugh at Brain (Dash Williams) running in place excitedly once Karen passed one of the tests. Like I said, all in all very solid.

“Pony” by Ginuwine off the album Ginuwine…the Bachelor