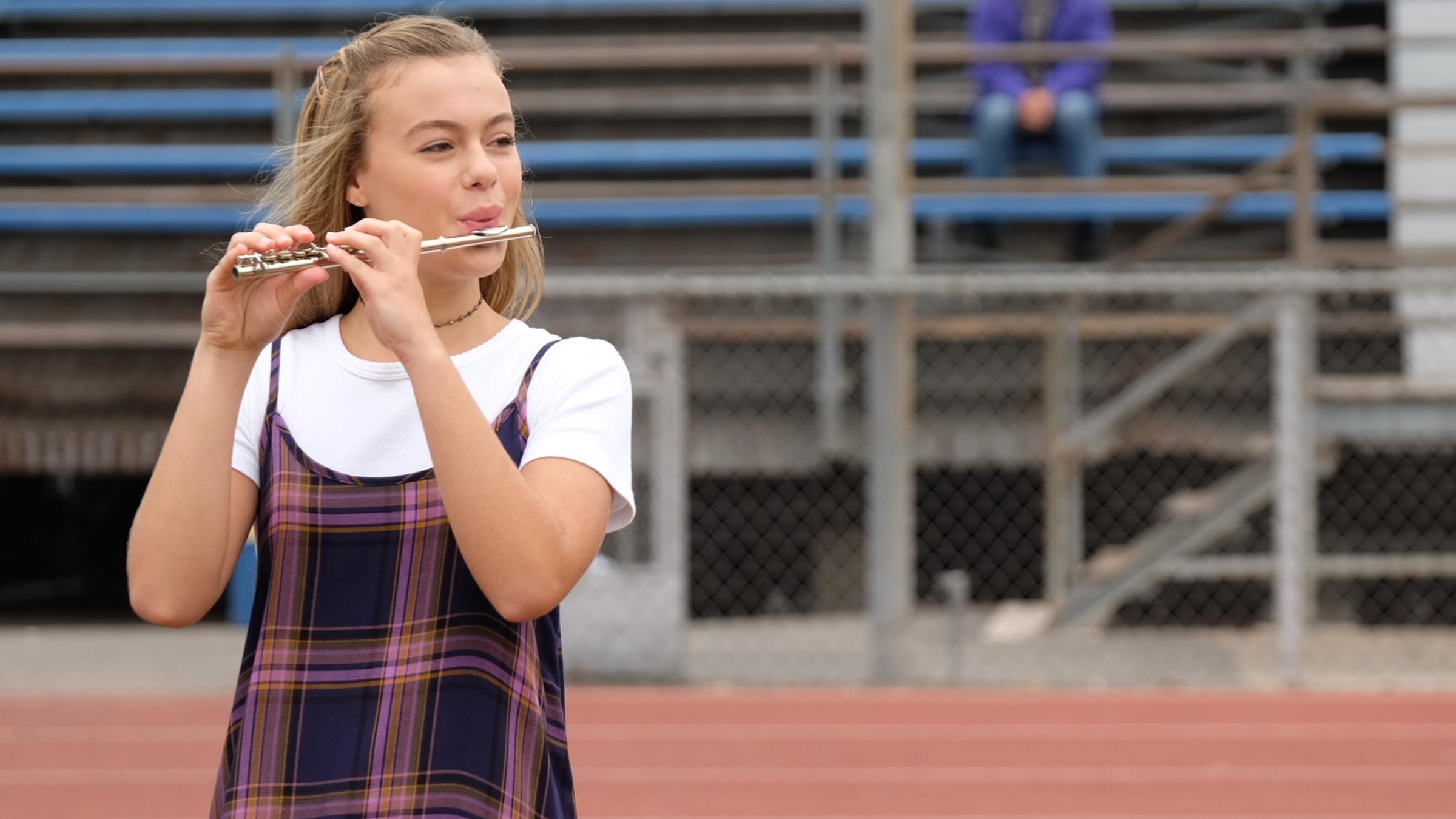 Now, this is more like it Fresh Off the Boat. This week’s episode finds Eddie (Hudson Yang) going through growing pains and adjusting to high school. The kid is trying he really is, but as per usual Jessica (Constance Wu) is getting in his way (or is she). Plus, Emery (Forrest Wheeler) gets what’s coming to him and Louis’ (Randall Park) ongoing saga with his restaurant takes a new turn.

Let’s start with the A-plot this week which thankfully focus’ on Eddie. It’s the first day of high school and of course, he’s gonna make the poor choice of having a fitted cap (sidebar: fitted caps didn’t really become a thing till the early 2000s) that says “BOOTY” (yes in all caps). Eddie wanted to be known as the booty man, but that’s not the first thing I or other characters thought upon seeing that hat. Getting a ride to school from Nicole (Luna Blaise) he takes the advantage to gloat to his friends who then turn the insults back on him to much better results. Nicole proves to be a terrible friend to Eddie and she kicks him out of the car lest she is seen with a freshman heading into school. 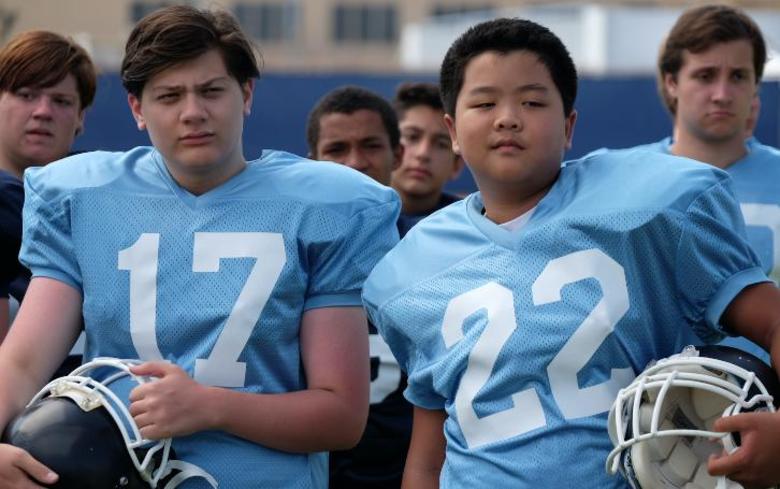 With Eddie’s first day off to an awful start, he looks forward to being reunited with his girlfriend Alison (Isabella Alexander) as she’s the only one he has left. Well, she’s busy getting to know the football team who all seem smitten by her. Eddie noticing this as well as the fact she joined the school band who will play during games, Eddie decides to join the football team to be closer to her.

Jessica doesn’t want this as overtime Eddie will develop CTE. Despite how she may treat him, Jessica truly loves her son despite throughout the episode stating how much of a disappointment he is. Well, with help from Grandma Jenny (Lucille Soong), Eddie forges Jessica’s signature. With Alison proud, Eddie feels great especially with a new friend named Max (Gio Schwab). However, Jessica finds out from Honey (Chelsey Crisp) that he’s made the team. When she goes to crash his practice, Alison points him out on the field and the two are surprised at how well he’s doing until he gets sacked. Hard. When the helmet comes off everyone is surprised to see that it’s Max and not Eddie. One of his teammates points him out lurking over on the sidelines. Both Jessica and Alison are angry. Eddie explains that he did it to keep Alison and that he paid Max fifty dollars to be him. With Jessica angry, she goes to check on Max and get the money back while Alison is insulted that Eddie thinks she would leave him for football player giving her no credit at all. And with that, Alison dumps Eddie for good.

Eddie’s worse fear comes to pass as now he’s truly alone. That is until his squad comes back to be there for him as they all heard that Alison dumped him. Feeling Eddie’s pain, not only did they want to be there for him but the boys truly missed him. 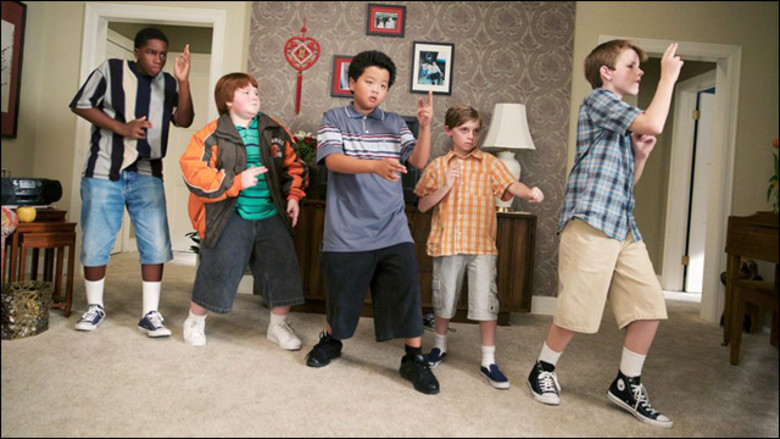 The B-plot is just as strong this week as Emery finds himself enduring a string of unfortunate circumstances that include being ignored, pimples forming and causing Evan (Ian Chen) to share some of that pain after blaming him unfairly. However, after buying Grandma Jenny a red Gatorade (which she immediately downs in one gulp) she explains that his Zodiac year has come back around. Emery was born during the year of the Ox. He finds he’s gonna just have to stick it through and let it run its course. He will have his younger brother to help him through.

Louis is trying to get Cattleman’s Ranch back to normal. With it impossible to reach Kenny Rogers, Louis tries to find ways to get through it. That is until Kenny sends a representative on his behalf to speak for him on how to change and improve Cattleman’s which drives Louis up the wall. Seeing him down, Jessica gives Louis some words of encouragement to put his foot down at the expense of putting down Eddie. It ends being Max is the rep’s son and he doesn’t care what Louis does as he needs to see his son. With Louis back in charge, now all that remains is him getting his whole share of the company back as well as changing the name back. 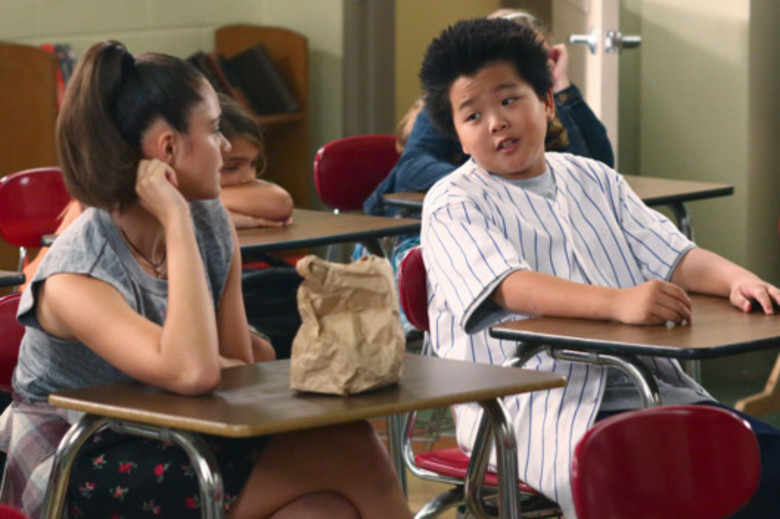 This was a great episode as those growing pains I mentioned last week has come back. And what’s more, there was no lesson for Jessica to learn as Eddie was front and center giving us an episode that reminded me of the great first season. I felt Eddie’s pain as no matter how old you are, a break-up always hurts. Always. I was also happy to see Emery knocked down a peg. The kid is haughty as all and I’m glad the events of the last few episodes of last season have finally caught up to him. Seeing Louis gain a victory was welcome too even if it’s small. He’ll get Cattleman’s back eventually. No rush to be honest. As to the writers, more episodes like this, please. This is the show at its best. And yes, I’ll miss Alison too.