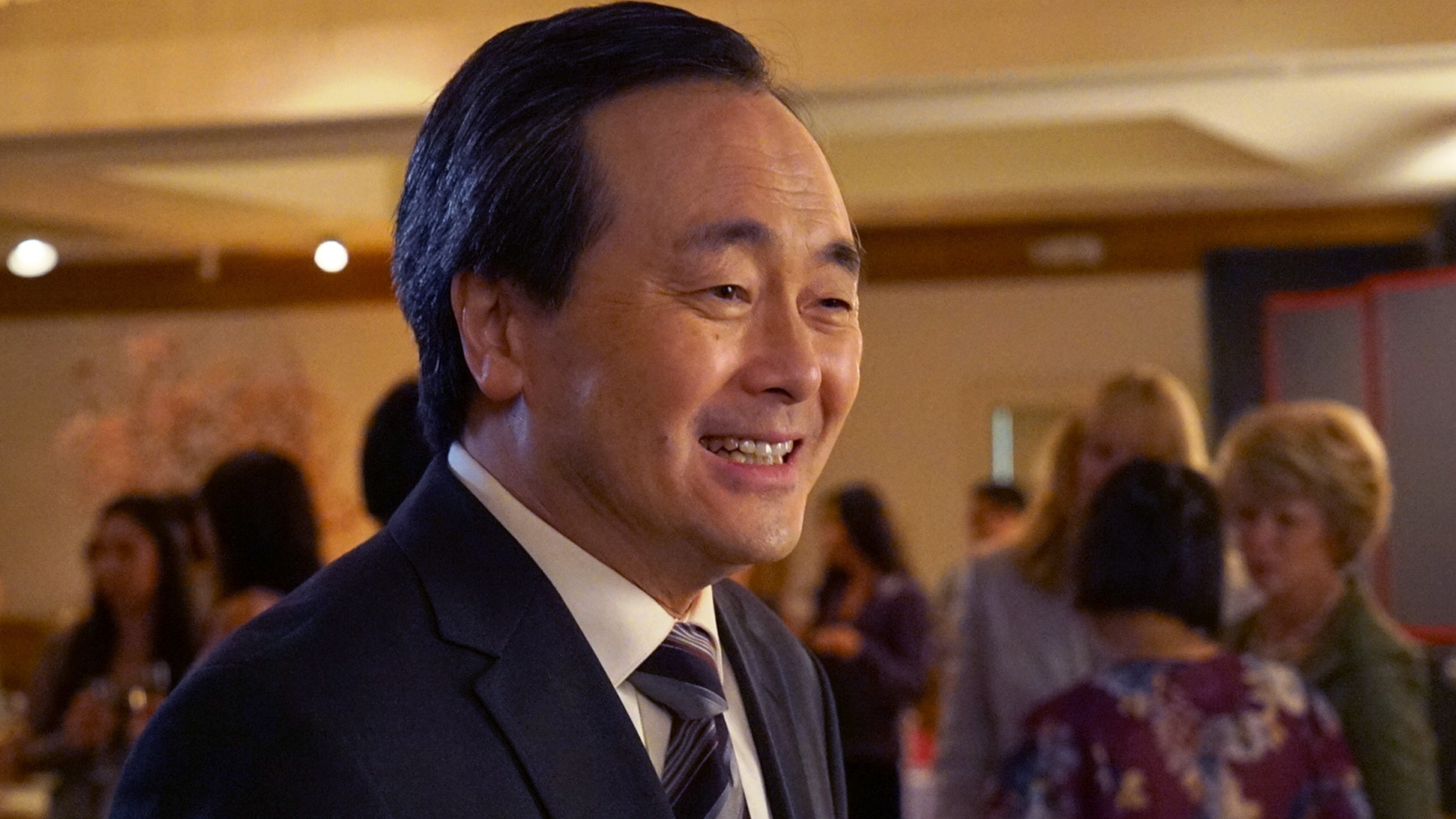 So, we finally meet Jessica’s (Constance Wu) father. “Four Funerals and Wedding” introduces new characters but feels like the same old middling Fresh Off the Boat that’s been for the first part of this season. Sure, this episode explored familial relationships, but this time as the title would suggest it deals with making bonds tighter due to impending mortality.

Of course, Jessica and Mr. Chu (Ping Wu) wouldn’t be close. It’s just who they are. The fact that they prefer their relationship this way and they do truly love each other, speaks a lot to Jessica as a character. But, this really does bother Louis (Randall Park). Louis tends to get into his own way so you shouldn’t be surprised on how this plays out. 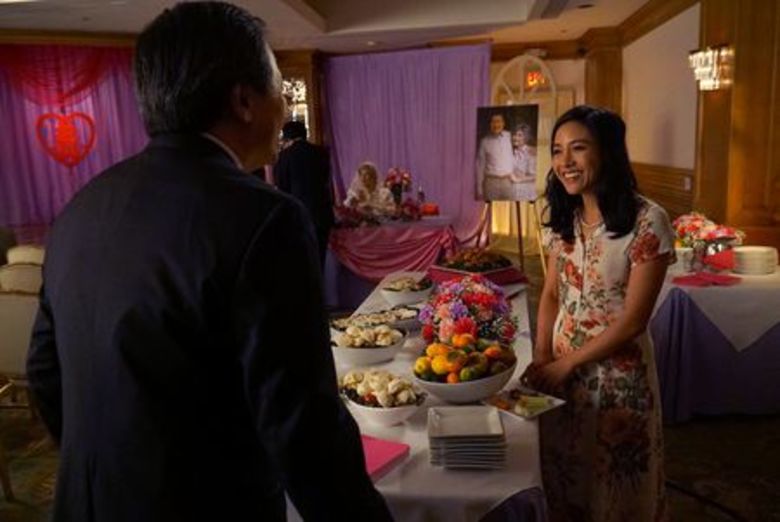 Louis is trying everything in his power at the funerals (I’ll explain later), to make Jessica and Mr. Chu to bond. It’s obnoxious and not his place. Seeing as Louis overheard Jessica on the phone with her psychic, he thought she was talking about her father which she later explains was about not trying the barbeque chicken at the previous wedding. Still, this doesn’t stop Louis from trying to force Jessica and her father together. One of Louis’ flaws has been projecting his problems onto other people. Since his father and he didn’t grow close, he wants Jessica and Mr. Chu to be close. This all comes to ahead at the funeral.

Once Louis and Jessica arrive back in Houston, Texas for the wedding, Louis lies that Mr. Chu is dying. Jessica visibly upset goes to talk to her father and it’s not the warm and inviting way Louis had hoped for. He blows up in front of everyone admitting that he lied about Mr. Chu dying. No matter how you slice it what Louis did was incredibly selfish and wrong. Telling your significant other that their father is dying is so wrong on many levels. Louis finally admits to Jessica that he and his father weren’t close, so he wanted her and her father to be closer. Jessica resolves that Louis should talk to her psychic Madam Chen, while Jessica and Mr. Chu part on great (for them anyway) terms. 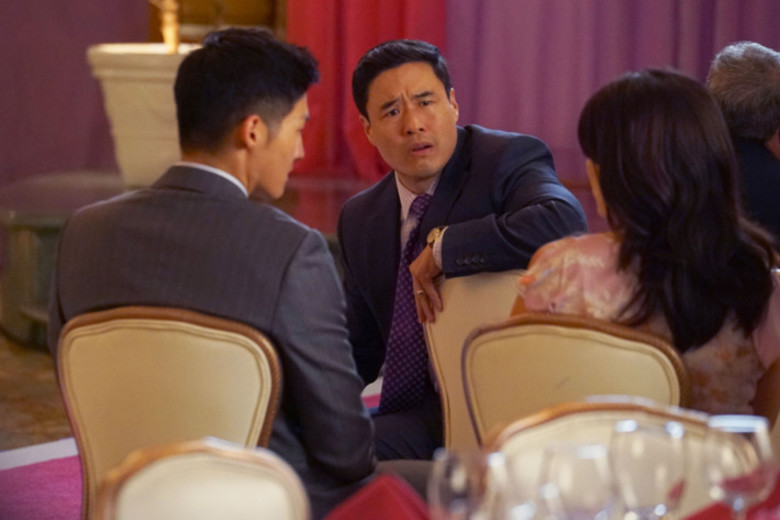 Meanwhile, Evan (Ian Chen) is updating his will after attending the first funeral. He appoints Eddie (Hudson Yang) the executive which upsets Emery (Forrest Wheeler). Well, Emery’s year of bad luck has made him come down with a short temper to Eddie. He snaps at literally everything his brother says to him. Evan is changing the executive from Honey (Chelsey Crisp) as she’s too emotional in the face of tragedy (more on this later). As Evan gets his will notarized by Deidre (Rachel Cannon) who told Carol-Joan (Stacey Scowley) who told Lisa (Kimberly Crandall) who told Amanda (Colleen Ryan) who told all the ladies in the neighborhood. Now Evan won’t stop getting casseroles from crying neighborhood women. Evan reassures Emery that he’ll be the executive once his year of bad luck is finished. Eddie taking his newfound position to heart messes with Emery who blows upon him. Emery goes to Grandma Jenny (Lucille Soong) to explain the situation. She points out that Eddie is not as selfish as Emery thinks he is or how Evan is. Eddie borrowed money from Grandma Jenny to buy a replacement tie for Emery as Emery lost Louis’ tie. As Emery goes to apologize, Eddie apologizes as well (he gives him advice on puberty as well). 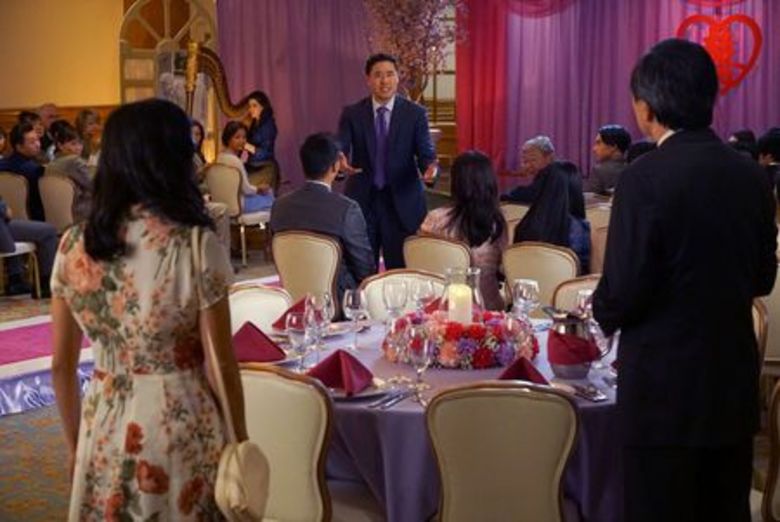 While some of this episode funny with Grandma Jenny telling Emery to spit out his bad luck, only for Emery to actually spit in the coffin was hysterical. As well as Honey’s obsession with the Princess Diana commemorative plates as well as her crying over her death (this was a big deal that wrecked a lot of people), most of this episode is just contrived. The whole thing with Jessica’s aunts who are triplets who are dying and getting married was a bit much as they doled out so much information in sentences that are supposed to be funny and is instead convoluted. Plus, we know Louis is good at heart. Did we really need a whole episode about this? And while yes, I’m glad we got to meet Jessica’s father, it seems like a missed opportunity. And Marvin (Ray Wise) for your sake please stop using the plates. Points for naming the episode after the popular nineties film Four Weddings and a Funeral.