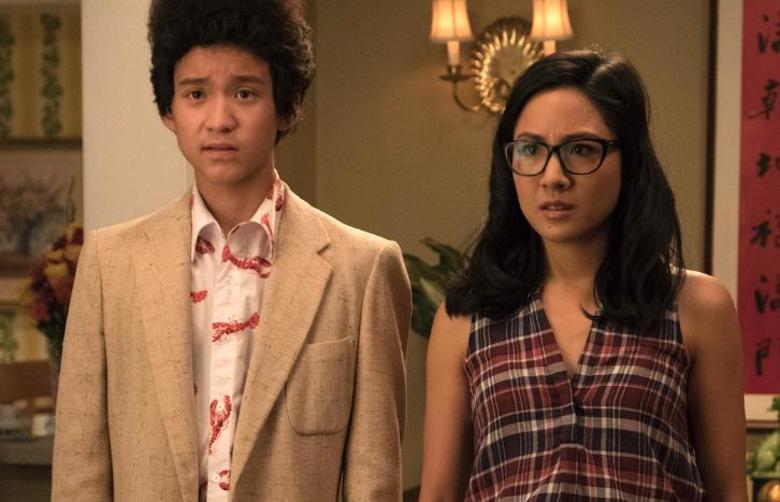 Halloween has once again rolled around on this week’s Fresh Off the Boat. For the fourth season’s Halloween episode, Louis (Randall Park) is hurt that no one in his family wants to partake in his Halloween traditions, particularly Evan (Ian Chen). As the family splinters into different groups for the night, the episode gets right to it. This is one of the leaner episodes of the show thus far.

Eddie (Hudson Yang) wants to get into Sally Nelson’s (Emily Hahn) party. As he and his friends are freshman, they’re not allowed to be at the party. With no other options, Eddie resolves to hang out on the stoop across the street from her house. This storyline and the way it plays out reminded me of the first season when Eddie and his friends set their sights on something, they commit to it. To an extent. One by one the group disperse as they all prove how not “hard” they are. Trent (Trevor Larcom) ends up being the only one getting into the party. After going on a rant, a psychotic one at that, Trent ends up scaring Eddie away.

As everyone says how dumb Eddie’s plan is, it does end up working. Just not to the extent that the boys wanted it to. Their costumes were all on point too. Eddie and Walter (Prophet Bolden) were Craig and Smokey from Friday, Dave (Evan Hannemann) is a Juggalo, Brian (Dash Williams) is Prince, and Trent is a convict. For last minute they’re all done so well.

As Jessica (Constance Wu) faces writers’ block trying to write her horror novel, Emery (Forrest Wheeler) brings up weird noises coming from Grandma Jenny’s (Lucille Soong) room. Later, when a group of strange people come to pick her up, Emery is genuinely concerned. Jessica however, sees this as an opportunity to get over her writer’s block with some good, juicy material for her novel. Jessica and Emery are surprised that Grandma Jenny is learning English with the group of people being her study group. What’s more is the class is being taught by Bernard played by George Takei! And the two are in love with each other which disappoints Jessica. 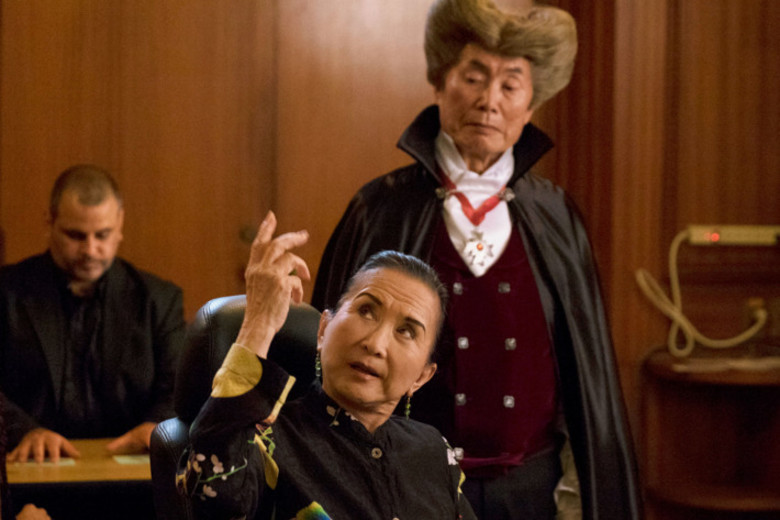 Louis has always taken Halloween too seriously. Sadly, this makes Evan a victim of his enthusiasm. After haggling with the pumpkin seller, Louis expects his whole family to dress up as characters from Seinfeld. I’m glad Eddie took offense to being Newman as that is insulting. Emery is afraid to participate due to his year of bad luck, so he decides to stay in his room dressed in the costume his father bought him. Evan is supposed to dress up as George Costanza, but Evan not only has his own costume and plans for the night. Evan even bought a plastic pumpkin that lights ups different colors and plays MC Hammer’s The Addams Family song from the first film. Louis is hurt that Evan won’t hand out candy with him. After finding out that Evan will be bartending non-alcoholic drinks for Deidre’s (Rachel Cannon) Halloween party. Not allowing his youngest son to enjoy Halloween his way, Louis drags him from Deidre’s party. Evan and Louis get into an argument about acting their ages. Evan must let Louis know that he’s not like other kids and heads back to the party. Louis realizes that because he couldn’t celebrate Halloween as a kid, he takes the holiday too seriously. He lets Evan go back to Deidre’s.

I was dying at Louis thinking a child dressed as Willy Wonka with his mom supervising him was supposed to be a pimp and a hoe. The Seinfeld references and jokes throughout the episode were done smartly as well. It seems Honey (Chelsey Crisp) and Marvin (Ray Wise) are still going to try and have a baby. Honey also thinks Marvin’s Austin Powers costume and impression is hilarious. I felt Louis’ pain of trying to leave the party only to be stopped by everyone to talk about frivolous things. What’s really disappointing is now the writers seem to be using Nicole’s (Luna Blaise) homosexuality for jokes instead of doing interesting things with it. The season still has a was to go but this episode and last week’s episode have been treating it as a punchline. 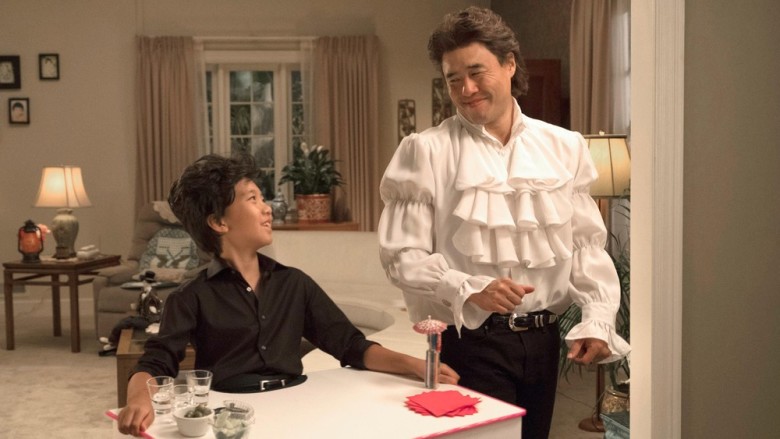 Usually, Halloween episodes are filler. But this episode was straight to the point giving everyone something to do. This episode will have consequences as well thanks to Grandma Jenny learning English. That’s something rare with holiday-themed episodes.

“Addams Groove” by MC Hammer off The Addams Family soundtrack as well as his own album Too Legit to Quit.