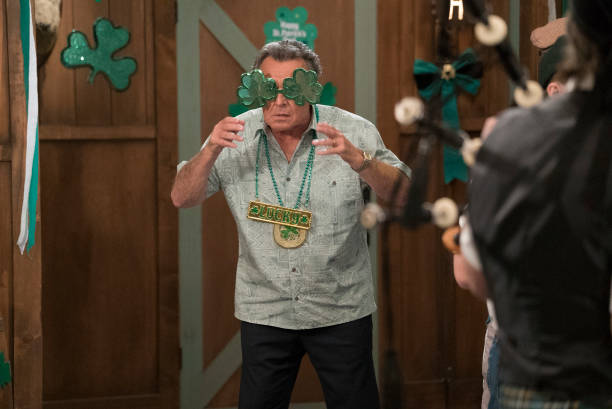 As I’ve said time and again this season that Eddie (Hudson Yang) is growing up this season of Fresh Off the Boat. And with that some major changes are going to have to happen with that and they do. Another thing this season has shown is the process of getting a published.

Ian Chen deserves more props as playing Evan is a hard role. Every time the Ian comes on screen, you have to wonder how much time he preps in his portraying Evan. Evan has been insufferable this season. I am very glad the show has spent time this season showing just how much of a negative influence Jessica (Constance Wu) has had on him. Eddie has made honor society at his high school leaving everyone shocked.

Throughout the episode we have seen just how Eddie has made the strides, in his own ways of course, to handling the responsibilities of day to day things so he can get into a real college. Well, Evan is not exactly happy that Eddie no longer needs him as Evan has been rigging Eddie’s day, so he can succeed. While thoughtful, I can see Jessica’s influence in his line of thinking and helping out Eddie, but it does come across as sincere to a point.

Evan still has a lot of growing up to do himself despite the maturity he does display. Hoping for your brother to fail so he can come back and ask you for help is sociopathic. Evan goes to new lows this week to make sure Eddie is once again dependent on him. Nicole (Luna Blaise) and Eddie have taken their friendship to unexpected places this year. Eddie growing up has had a positive effect on her as well as we have seen him help Nicole woo a girl he likes. And that continues when Evan learns that Eddie reminds Nicole to change her oil, so Nicole’s Saturn can continue to be a safe space.

Evan called Nicole and told her that Eddie didn’t need a ride and Eddie had to once again rely on Evan on bus fare and schedule. It’s a cheap ploy that backfires once Nicole shows up at the honor society ceremony pissed at Eddie that he missed meeting up with her. With Eddie mad at Evan, Evan eventually himself forgets his homework. Eddie returns it to him still mad but stating he doesn’t want his brother to fail. 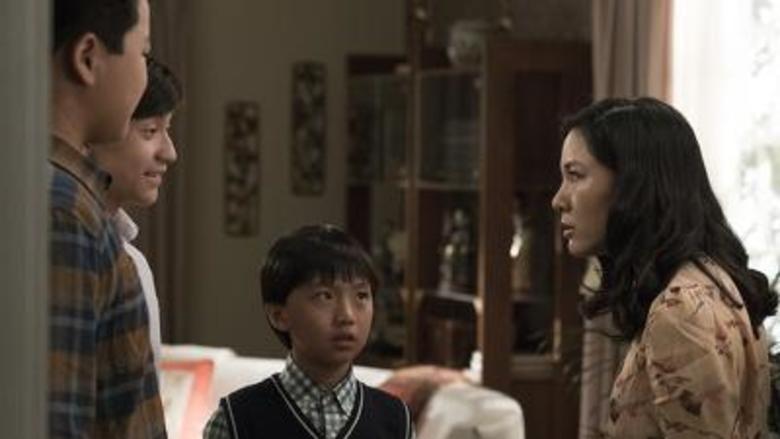 With that in mind the C-plot mirrors the A-plot in way. Resolving the storyline of Cattleman’s Ranch once and for all. Kenny Rogers calls in the midst of a St. Patrick’s Day celebration saying that Roasters has gone bankrupt. Louis is elated that he can now own Cattleman’s in full again for pennies on the dollar, but he’ll also have to fire Matthew Chestnut (Matt Oberg). Louis is not happy and understandably so as Matt and him have grown close. Marvin (Ray Wise) is on hand joining in on the festivities, and he’s also there to give poor advice on how Louis should handle the situation. Louis does eventually break the news to a very intoxicated Matt but tells him he’ll always have a home at Cattleman’s if he wants it. However, the next day Matt remembers nothing leading Louis having to breaks the news all over again.

In the B-plot, Jessica is on a ride along after receiving notes from her editor. Jessica is hoping to see some exciting stuff but is let down when the suburbs of Orlando provide no police action until she’s finally taken to a dead body. The body is so graphic that Jessica vomits at the crime scene and faints. Proving to her that maybe police excitement isn’t what it’s cracked up to be.

Another thing that I love about this episode and the season in general is how long it takes for a book to get published. It’s not as easy and as smooth a process as it seems. Writing in general is work to get published whether it’s an op-ed or an phone book. I’m glad this is shedding some light on the process most people dismiss. Also the running joke throughout the episode of Matthew Chestnut taking a ride to work had me dying as does the joke of Marvin leaving a bottle of rye next to his feet and wondering if he’ll see it. Also, it’s cool to see Tig Notaro back as Ms. Doris for a brief cameo.

“Insane in the Brain” by Cypress Hill off their classic album Black Sunday.