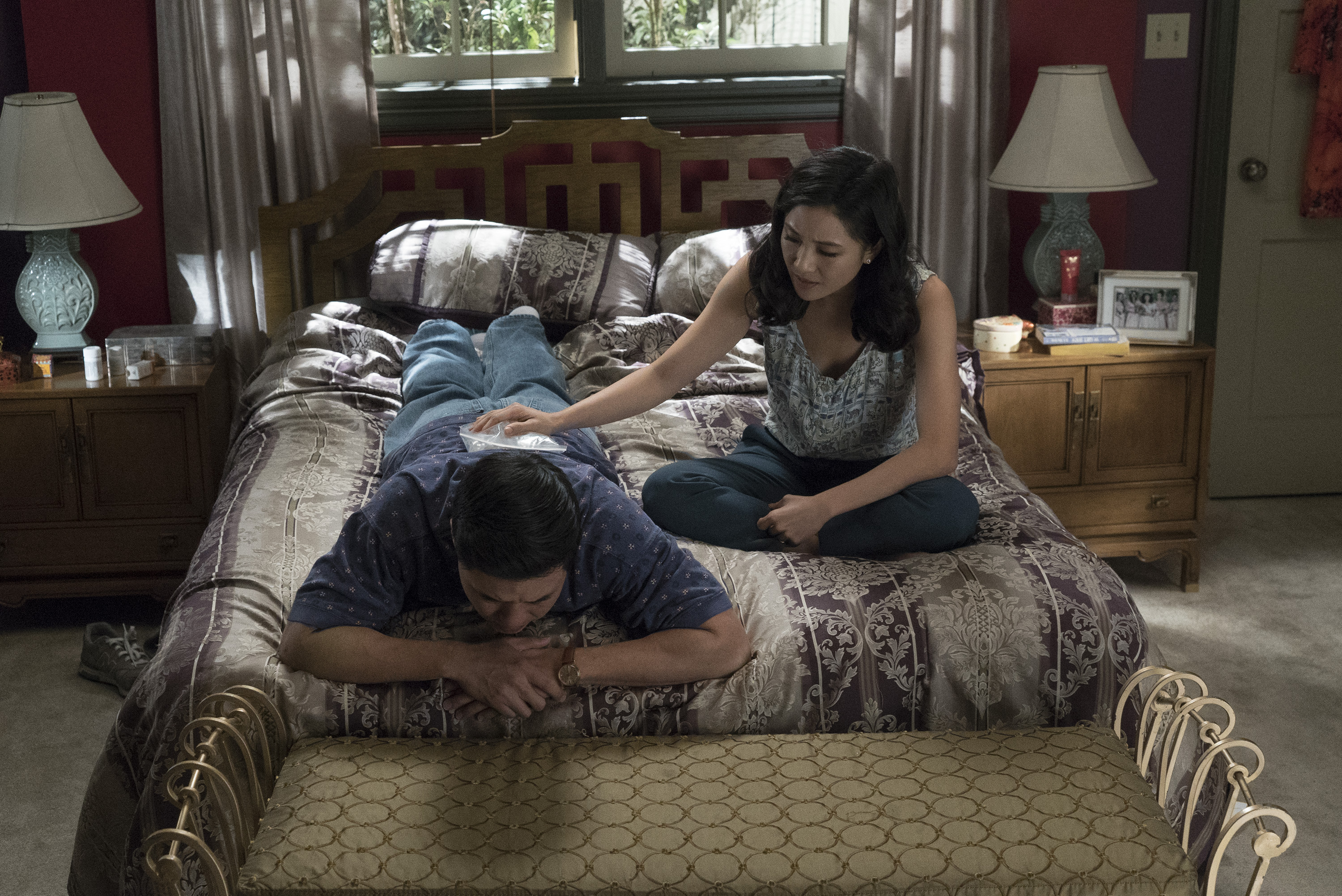 Louis (Randall Park) has always been eager to please. And that doesn’t change on this week’s Fresh Off
the Boat. But it’s not just Louis who’s trying out new things, it’s Honey (Chelsey Crisp) as well. With her baby bump expanding, Emery (Forrest Wheeler) and Evan (Ian Chen) help Honey get it together for everyone’s sake.

Matthew Chestnut (Matt Oberg) and Louis have been bonding at Cattleman’s Ranch. So much so in fact that he invites Louis out for a guys night out and as expected it’s awkward. Look there’s always awkward moments when meeting new people, you just got to get through it. And get through it the men do. A very intoxicated Louis brings his equally intoxicated new-found friends. Jessica (Constance Wu) sees this all coming and knows what happens next. 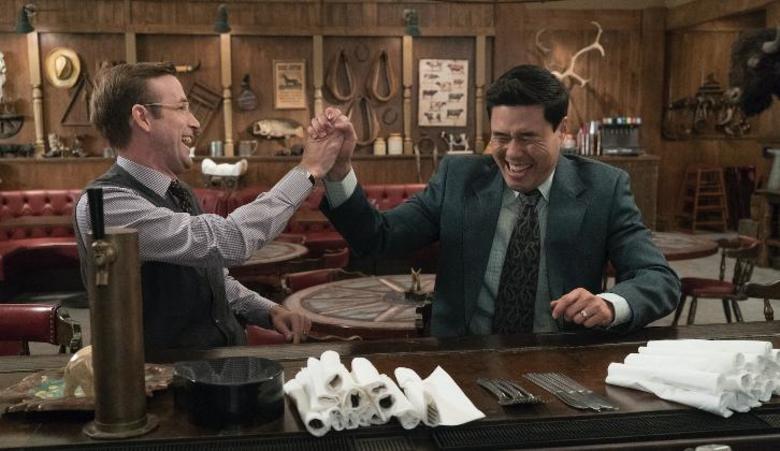 She is annoyed by Louis’ actions as this has happened before leading to a slipped disc in his spine. He always wants to help the people he befriends so he can get in their good graces. Louis assures Jessica he’s going to Hooters for wings. In a hilarious gag, when Jessica is rambling to the hostess, she hits a wife alarm at her podium leading one of Louis’ friends to run out the restaurant. Proving Jessica wrong as he was really there to have wings, he goes off with the group. And in a very funny montage of Louis doing various chores, he slips a disc. To put off Jessica’s suspicions, Louis calls her muffin which she loves and finds hilarious until he’s caught lying in bed like a sick person and he’s forced to give up the ghost. The Huang men should know that Jessica’s third eye is always open. Trying to lie and trick her is futile. She saw glitter on his shirt and the jig was up. When she tells him to get up and come to her, Louis breaks it. Just then Louis realizes he’s supposed to pick up Marvin (Ray Wise) from the airport. Later, Matt and Louis are at the restaurant prepping to open and Louis puts his foot down on favors. Matt cares not in the slightest and still wants to be friends. In fact, the group came up with a nickname for him. Louis beams with pride.

With Evan and Emery dependent on Honey to get to places or do activities together, the two boys get tired of her extreme tardiness. With her constantly trying to prep her look as well as now adjust for the baby, the boys and Jessica tell her it’s time for her to be more modest. Emery and Evan take Honey to a maternity store to which Honey quickly picks out new dresses. Honey unsure of the maternity dresses, asks Jessica and she teases Honey confirming her feelings about the dresses. However, Honey made all her maternity dresses nice as well as a new hairstyle that takes only ten minutes. While Evan and Emery are happy that she’s found a style with dealing with pregnancy, it still takes her too long to get ready. The boys resolve to stop inviting her out. 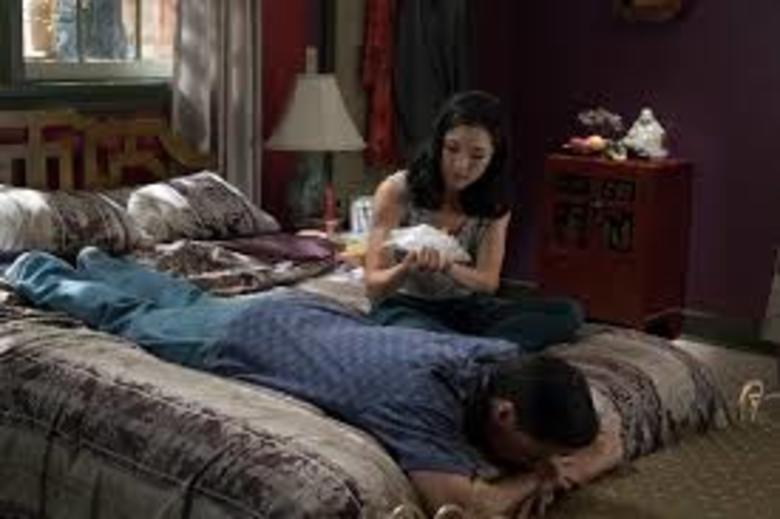 Nicole (Luna Blaise) is having a hard time asking out her crush from the coffee shop despite talking to her for weeks. However, when they do start talking, Eddie (Hudson Yang) is so taken aback by her changed demeanor. She doesn’t like Jim Carrey, mocks her favorite band Third Eye Blind, and speaks quasi-French. When Eddie confronts her, he embarrasses Nicole as well as puts her in a tough spot. Nicole points out that Eddie has changed his demeanor for girls he’s tried to impress. Eddie promises her to be a proper wingman and the two head back for round two. Eddie tells Nicole you can’t make someone like you. Eddie tells Nicole that the real her is awesome and to tell her the truth. Nicole tells her crush the truth. She tells Nicole that she can’t be with someone who speaks one language and the budding relationship is done. Eddie comforts Nicole who feels better not chasing someone who’s not right for her.

We are twelve episodes in on this season. The fourth season continues to languish in below average mediocrity. They even managed to stumble with Nicole’s sexuality this season. This is the type of season you get once you hit eight or nine. I seriously hope we get something significant this season. I now see why Eddie Huang left the show. This type of broad comedy (funny only ever so often when they’re clever), never lasts. 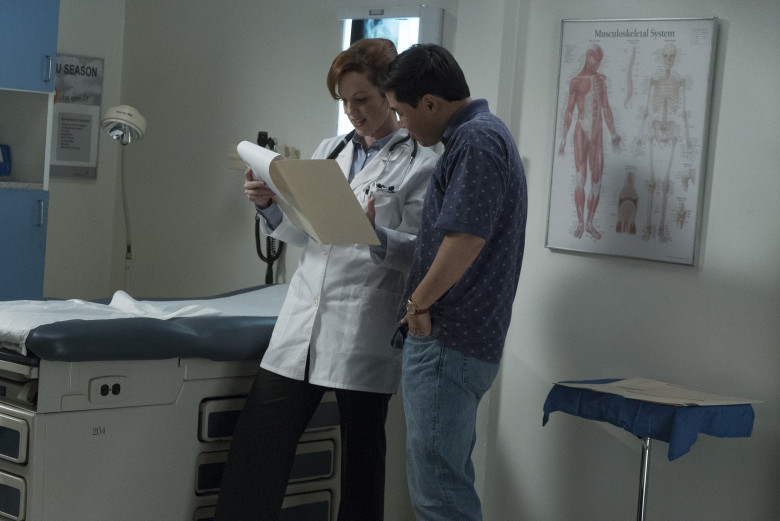 Needle drops for this week:

“Rollin’ With My Homies” by Coolio off the Clueless soundtrack. Quick note: Clueless is an awesome movie.