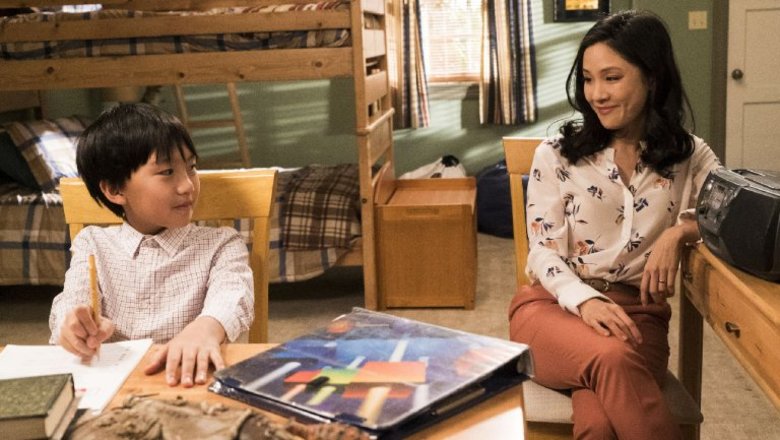 It’s once again Chinese New Year (Year of the Tiger) and what makes “Ride the Tiger” so special is that fifty percent of the episode is in Mandarin. In fact, it shows how ignorant we are to Chinese languages that when someone thinks their being clever in responding to Jessica (Constance Wu), they don’t realize they are speaking Cantonese.

Fresh Off the Boat has always been about Asian culture in America and this week’s episode thrived on that. I am floored that Disney would allow this. The opening scene is not only funny but powerful as we an Asian family sitting around celebrating Chinese New Year while speaking their native tongue despite being “Americanized”.

It’s easy to lose your identity in a nation where at this moment in time in 2018, suppressing who you are is a positive. That’s one of the reasons Eddie (Hudson Yang) has been such a great character so far. He’s Asian and doesn’t hide that at all, yet he embraces hip-hop without appropriating black culture to his own benefit. I don’t know how Eddie Huang in real life dealt with being a hip-hop loving Asian in 90s Orlando, but for the most part, this show has handled it well.

One thing I have to complement the episode’s writer, Jeff Chiang, on is making this universally relatable. I don’t know how much of this was his idea and how much it was showrunner Nahnatchka Khan’s idea, but this feels personal.

With that all said, Jessica and Evan (Ian Chen) are trying to win on how long the other can go speaking Mandarin. This worried me throughout the episode as Evan literally just had a break down on how Jessica treats him and how far she pushes him. And it gets out of hand this week as the two try to manipulate each other into speaking English. So much so that when Jessica gets a chance to promote her book on Good Morning Orlando, she’s willing to sabotage her whole career for the sake of “winning”. Sure, GMO is just trying to save face after not appeasing Connie Chung (yes the actual Connie makes an appearance) and it is a tad racist to get Jessica as she’s an Asian woman, but a win is a win. 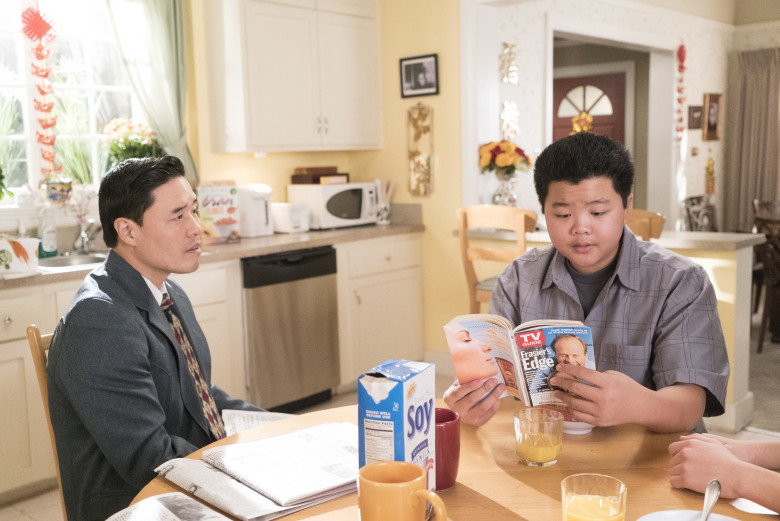 Honey (Chelsey Crisp) is a good friend when all things are said and done. Being Jessica’s English mouthpiece is not easy as even she doesn’t want to see her friend lose everything she’s worked hard for. Chelsey Crisp’s comedic timing is great as well as she must guess throughout the episode on what Jessica and Evan are saying.

Louis (Randall Park) finding out about Emery’s (Forrest Wheeler) Spring Fling school dance is cute. Louis is a good dad always excited to see his boys succeed and take the next step in their lives. Since Chinese New Year marks the end of Emery’s bad luck he wants to ask a girl he has a crush on. Louis being who he is interferes and tries to give Emery his lucky track jacket.

Incorporating Chinese superstitions has always been on the show’s greatest strengths both for comedic and storytelling purposes. Having Louis’ jacket be nothing more than ordinary as Grandma Jenny (Lucille Soong) is looking after her son is endearing.  And Marvin’s (Ray Wise) brief appearances here is hilarious as well. “Ride the tiger high and hard!” Louis tells Emery. I wish everyone was this optimistic in real life.

Keeping up with the Asian American experience this episode is the Huang boys receiving red envelopes of money from their relatives. Eddie is saving up for subwoofers to put in his trunk when he gets a car. Everyone gets an envelope except for Eddie from Big Auntie (Wai Ching Ho). Well, it turns out Big Auntie has a beef with Eddie over asking Grandma Jenny to send American seeds to grow even though Grandma Jenny told her it won’t go through customs. However, Grandma Jenny gets mad at Eddie for not reminding her to send the seeds and take the red envelope she gave Eddie back. 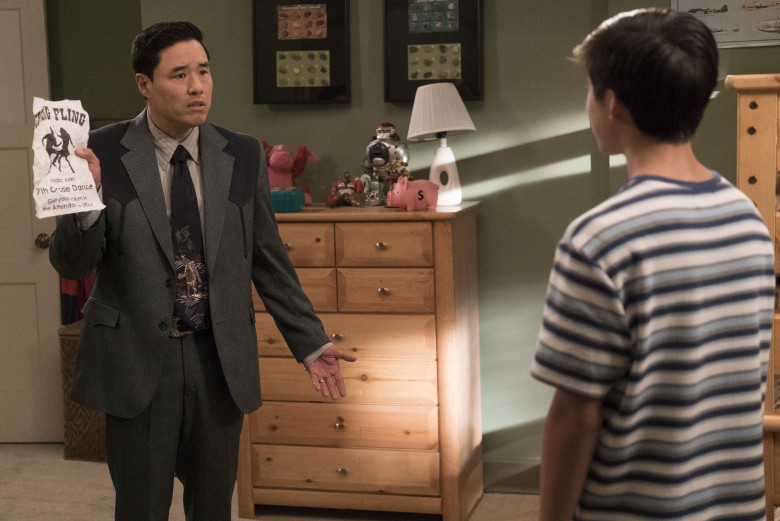 This was a smart, fun episode despite Jessica delving into full-blown sociopath this week. I laughed loud when Evan breaks it to her that “MMMBop” by Hanson are three boys and not girls. This show needs to take more risks. This week was risk despite the familiar trappings. I hope the rest of the season can live up to these last three episodes.

“MMMBop” by Hanson off the album Middle of Nowhere