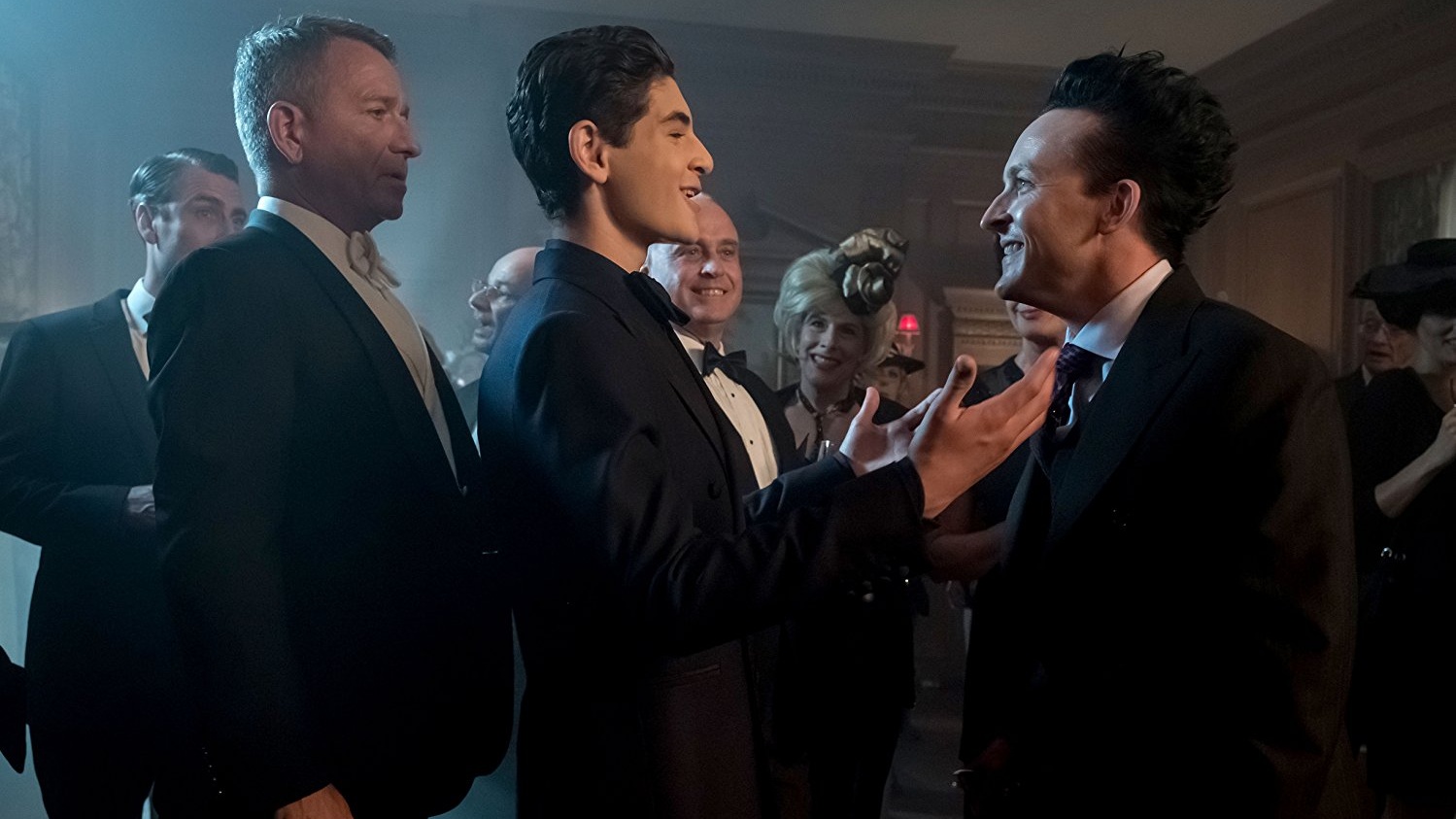 Gordon vacates Gotham to sunny southern beaches in search of Carmine Falcone in “They Who Hide Behind Masks.” The Scarecrow is completely unseen in this week’s episode but a lot of great story unfolded. First, Detective Gordon flies to Miami to convince Carmine that the Gotham criminal ecosystem needs his leadership and balance. The Gordon-Carmine scenes are always great because of the tragic history which connects these two characters. Carmine declines the offer. This isn’t a move to spite Gordon, Carmine is terminal. “I’m not one to argue with doctors or time,” he tells Gordon.

Carmine’s only daughter, Sofia, is interested in Gordon’s idea. She spends a little time massaging our favorite dick and even convinces him to get his feet wet. When Gordon returns to Gotham and GCPD, Bullock introduces him to the hot new transfer, Detective Harper from the 3-5. Harper says she heard great things about Gordon which would definitely make her a minority opinion or hiding an agenda. Then, Sofia stops by to let Gordon know she’s in town to lead the reformation Carmine is too sick to face. Maybe the trip wasn’t a waste after all. 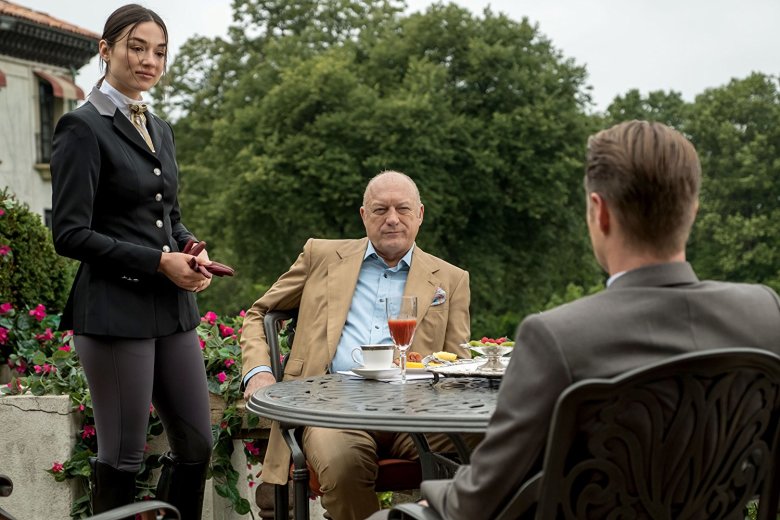 The McGuffin for the rest of “They Who Hide Behind Masks” revolves around an embalming knife that’s been around since Ra’s al Ghul’s cold corpse was plucked off an Arabian battlefield in 125A.D. The mysterious savior dunked Ra’s in the Lazarus Pit, then gave him the knife and said his destiny was to find his heir. Nothing but trouble follows.

Bruce has another great week. He starts off staking out the docks with Alfred, Penguin has a special shipment coming in and Bruce knows it will only hurt the people of Gotham, but what is it? Bruce spots another thief moving on the crates and into a trap. He drops in to help, but a squad of port security attack. The other thief, Selina, barely escapes being shot, she doesn’t get what she went in for, which turns out to be weapons.

Barbara hazes her new-hire about blowing an opportunity to impress. This seems a little out of bounds since Tabitha didn’t even bother showing up for work. Barbara already has clients lined up to buy weapons she sent Selina to steal from Penguin. Alfred stitches up Bruce’s wounds and forms a plan to sneak back onto the boat in daylight to check the manifest. Bruce and Alfred infiltrate the cargo ship in disguise, it almost works, but they do see the embalming knife listed as contents for the most guarded crate. Young Bruce takes his lumps but keeps on going. 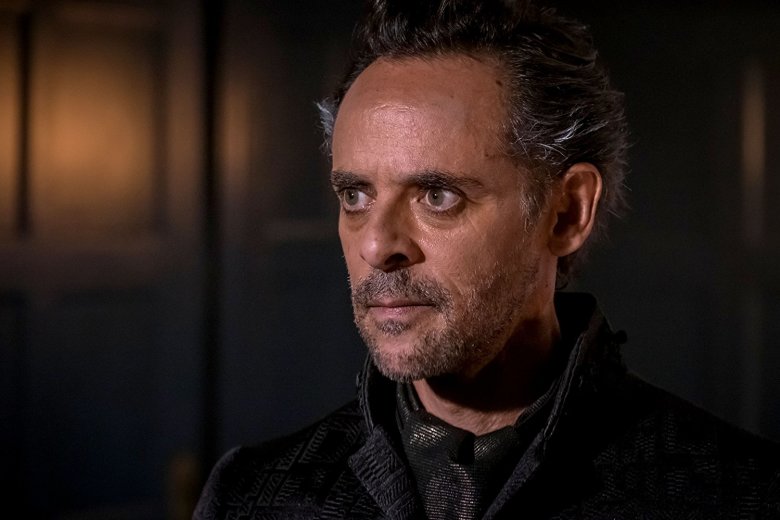 Penguin needs the black-market goods and embalming knife for an evening auction at the Iceberg Lounge. Barbara stops by and makes a pre-auction offer on the knife. Penguin won’t sell, he still wants to know who’s funding her new business. Of course, it’s the same ancient that dunked her in the Lazarus Pit the last time she died. Insult to injury, a sexy little thief breaks into The Iceberg Lounge and releases Nygma from his ice-block with a blow-torch. Penguin is furious and commands Zsasz; find the thief responsible.

The new criminal is Nygma’s own Annie Wilkes; a cute, obsessive lunatic from Nygma’s elementary school days, Myrtle Jenkins. Nygma thaws out in Jenkins’ bed, his muscles atrophied useless. Jenkins puts heat lamps on him, makes him soup, and pins him with acupuncture needles. She treats him well and dreams of being his new sidekick, but he doesn’t want one. Cory Michael Smith is fantastic in this sequence. It’s more than annoyance with her, he knows something is wrong with him. How terrifying would it be for a genius to wake up normal? When his strength returns, he clocks Jenkins with the “Children’s Book of Riddles” she’s been using to test and vex him. Penguin is on the loose, though not as smart as he used to be. Jenkins confesses her theft to Penguin and explains Nygma is broken in the head. Then, Penguin lets Zsasz kill her. 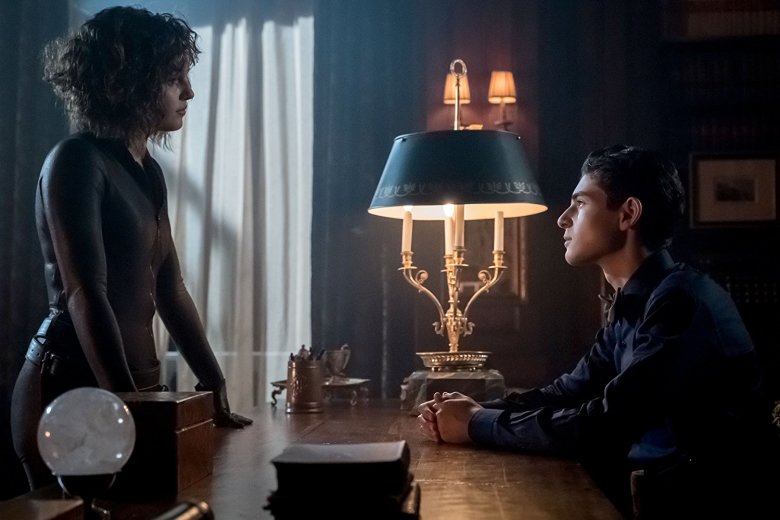 Meanwhile, Alfred convinces Bruce to attend Penguin’s auction in character; Bruce Wayne, billionaire brat. Bruce is a quick steady and plays a rich, rowdy, teen on a spending spree. He outbids just about everyone and everything. The strategy is to mask his actual target, the embalming knife, which enrages Barbara. Penguin warns Bruce to watch the knife carefully, Barbara isn’t likely to just let it slip away. Sure enough, Selina slips into the Wayne Manor study later that night. Selina explains she needs the knife to prove herself to Barbara, but Bruce isn’t willing to part with it. This is a real adult play by the kid considering his emotional ties to Selina.

Barbara reports her failure to Ra’s al Ghul and tells him Bruce Wayne bought the knife. Any anger he has evaporates with the update. He’s intrigued the knife is in Bruce’s hands. He tells Barbara it’s “the key to everything.” Then they kiss. I’m not sure who scores more dangerous in this couple. Sofia Falcone moves to Gotham, Riddler is loose, and Ra’s al Ghul teams with Barbara. Plus, the billionaire brat is born.