It’s the return of the queen in the season two premiere episode of Great News, “Boardroom Bitch.” And by queen, I do mean comedy queen, and by comedy queen, I do mean Tina Fey. The show has been strangely much more comparable to 30 Rock than Kimmy Schmidt (perhaps because Great News is also a workplace comedy) and the opening episode to season two does not let avid fans down. Though offbeat and perhaps a little more ridiculous than necessary, the show offers up some great, timely punchlines, and still manages to give us that heartfelt touch we’ve come to expect from the mother-daughter show.

This show is fun because it embraces the ridiculous and doesn’t hold back. Any joke it sees an opportunity to make, it goes for it. That said, the show’s jokes don’t always land, which has the effect of highlighting the absurdity of everything else, which can weirdly make the humor a little more difficult to digest. I’ve been trying to put my finger on why I don’t find Great News nearly as funny as 30 Rock or – in some instances – Kimmy Schmidt, and it’s difficult to say. For a while, I thought it was the show’s lack of a straight character – Greg’s character tends to fill this role, but for the most part, there isn’t a single character pointing out the absurdity of the other characters, which, in a way, downplays the strength of each joke. 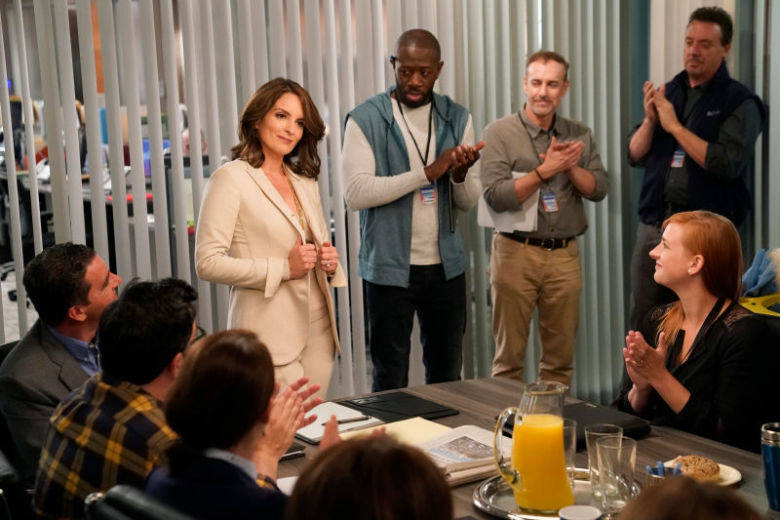 Honestly, though, I think the real reason the show’s humor doesn’t punch as strongly as it could is because I don’t really find any of the characters terribly relatable. I completely understand Katie’s bond with her mother, however, it’s exaggerated to such an extreme level it’s not really terribly realistic or relatable. In fact, weirdly enough, the person who seems to have the most relatable motivations for this millennial reviewer is actually Portia. (And no, that’s not because Portia is up to date on all pop culture and trendy references.) Portia is the new, young face still working hard for every opportunity to climb the ladder of success. Yes, she comes from a background that makes that ladder easier to climb, but she leaps at every opportunity to show her worth. That sort of hunger for success is something I, and many of my generational colleagues, can certainly identify with.

Katie also has this sort of drive to prove her worth, and it’s definitely the most relatable aspect of her character. However, I think that Katie’s motivations for work success are often drowned by the antics between her and her mother, and the moral of each episode always tends to change from Katie improving upon her career goals to Katie and her mom reconciling their bond despite career goals getting in the way. 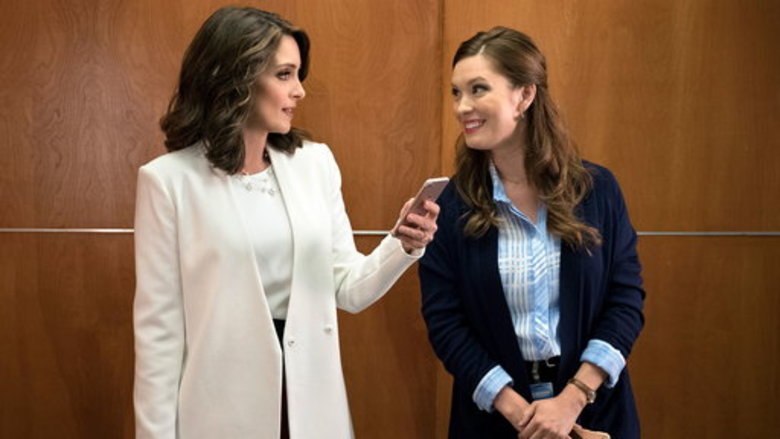 Because of this sort of bait-and-switch that happens in each episode, there’s never really a satisfying through-line for the episode and its jokes. Take 30 Rock for a comparison: here is another show where the entire ensemble cast was completely ridiculous. Yet, despite her ridiculousness, Liz Lemon was often able to play the straight character, commenting on the absurdity of all the other characters. Liz was also a super relatable character, trying to maintain cohesion and leadership amidst the chaos of personalities she could not control. Her motivation to find success in her work and get people to cooperate in a group setting, while her desire to achieve positive recognition from her boss (Jack) and find some sort of work-life balance that constantly eluded her was something almost anyone in the audience could relate to.

Every episode dealt with Liz’s desire to find success for herself and her show in some way. It was a clear motivation that pulled us through each episode and made all of the complications from the absurd personalities that got in her way even funnier. Great News has a hilarious cast and a speedy pace that’s great for the humor they’re trying to pull. I think what’s really holding it back from being Fantastic News is its unclear motivations preventing these characters from being truly relatable. I know the show is about the struggles of a relationship between mother and daughter, but I feel that this often gets buried under other things, and then just randomly pops up at the end of each show. 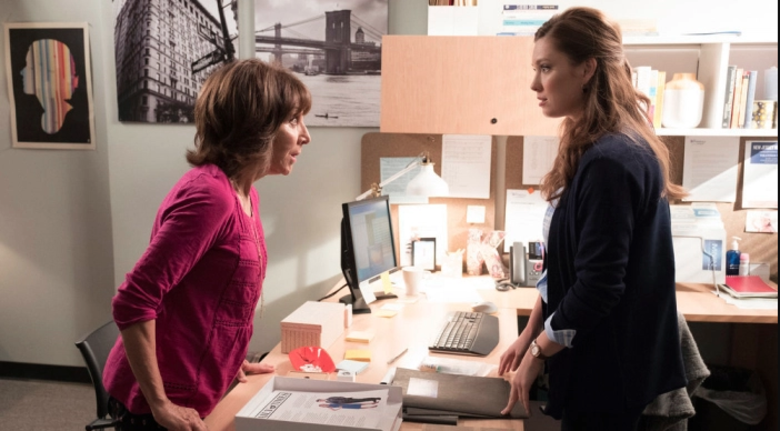 In this first episode of the season, this issue is definitely apparent, as Katie tries to woo the new boss bitch – Tina Fey – into being her mentor, while Carol is threatened by Diana’s “modern womaness” that she’s afraid will influence Katie into never giving Carol grandchildren. In the end of the show, Katie’s character abandons any desire to be mentored by Diana and reassures her mother that she still wants to have a family, too. So we don’t really see Katie achieve anything career-wise, but Carol gets reassured that her bond with her daughter isn’t weakening.

The rest of show mainly focuses on addressing changes and introducing Tina Fey’s character as the female version of Jack Donaghy. There’s a nice moment shared between Portia and Chuck, where we get to see them coming together as a supportive team, which is a nice moment. There’s also a lot of great, timely jokes about being a modern working woman and the struggles still placed on us to “do it all.” Those really resonated and were nicely fit into the episode.

Overall, the episode promises that we’re in for a fairly entertaining second season. I’m just hoping that the show can really strengthen its voice as it finds its footing over the course of this season.