Great News rounds out its second season with the best season and possibly series (let’s hope otherwise!) finale one could hope for in “Early Retirement.” Not only does Carol return to the newsroom and Katie and Greg finally get together, but the show gives us a deeper look at the bonds that have been built between the show’s entire cast of characters, and offers a sweet, celebratory, and happy goodbye – just in case it’s the last goodbye (seriously NBC, if you quit on this show now I will be sad forever). (and by forever I mean until the next 30 Rock-like comedy airs on TV – which may never happen, so, in the words of Kanye, this could definitely possibly mean forever, ever.)

The episode is by far the greatest example yet of the true potential of the show, really displaying the true heart at the center of Carol and Katie’s relationship, and managing to be funny and thoughtful at the same time. It really is a wonderful homage to mothers everywhere. And British romantic gestures. Greg is such a Darcy. 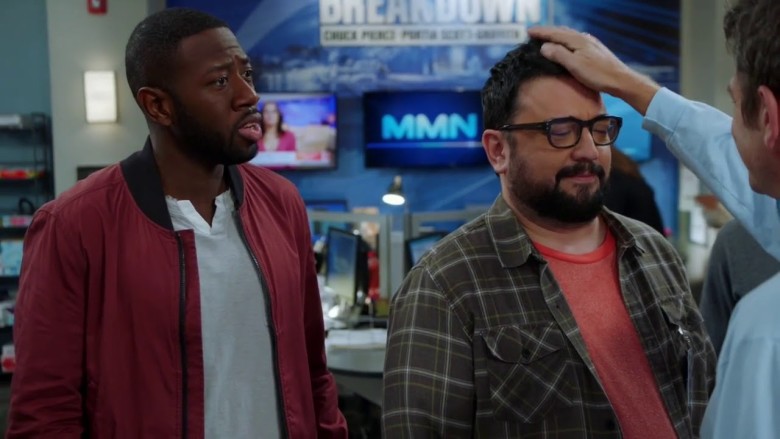 The episode also spoils us with much gifting of the words to Portia. Yes, that IS her saying more than five words in a row. Wow! (This is by no means meant to be taken as sarcasm, Portia does indeed do a lot more of the wordsing and sentencing in this episode than ever before, and it is such wonder. Much wow.)

No, really, I’m honestly not trying to diss (yeah, that’s right, bringing back that early aughts slang term – fun fact, my parents used to think it was “dish,” as in, “I’m not trying to dish you!”)  the show. Portia’s character has just never been a woman of very many words. She’s been a character wise beyond her years, like the quiet and unassuming sensei in every American karate movie ever, right before the sensei kicks your hiney to Timbuktu. But in this episode, she talks. A lot more than usual. And I like it. 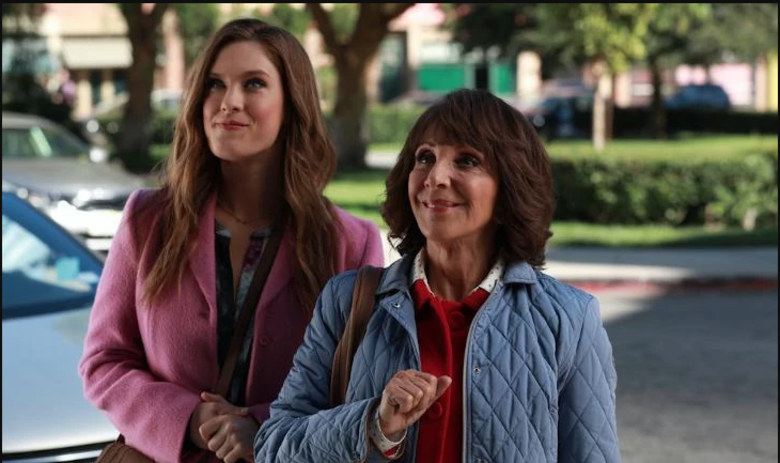 Though there was a point at which, listening to Nicole Richie speak, I had to pause and truly evaluate everything I thought was true in the world, because I honestly thought Nicole Richie’s voice was lower than it is. Turns out she’s definitely a soprano, not an alto, go figure.

I will say that the problem of Greg’s relationship with Cat kind of came to a quick conclusion after being drawn out for so long. I would have been really upset at the sudden “Oh, guess what, there’s no more conflict here!” revelation if this hadn’t been the season finale and if the show knew it was getting a third season. As is, it’s still a bit weird, but it’s also fine. And, we finally understand why Greg stayed in that relationship for so long and took so long to break up with Cat – Greg’s British tendencies make conflict a horribly uncomfortable thing to deal with, and so Greg had just resigned himself to waiting out the relationship before he realized he loved Katie and Katie loved him back. It’s strange and potentially a problematic personality trait for someone trying to be in a relationship, but at least we get it now. He’s genuinely not trying to be a jerk. In fact, he’s trying to avoid it and somehow still becoming one. What a feat. 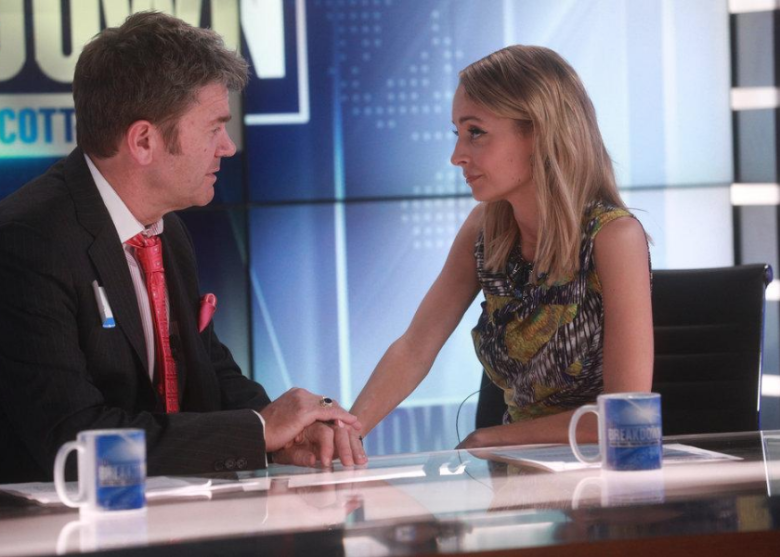 In the end, though, Greg proves he’s not a jerk by finally choosing Katie and showing his love for her in a very subtle romantic gesture that also happens to allow Carol to come back to the show as a paid employee. Yay!

To top all of that off, with Portia, Greg, Katie, and the rest of the news team’s help, Chuck is able to keep his job on the show without the show getting sued to pieces. Double yay!

It’s a great finale. I highly recommend this show, even if it doesn’t get renewed. But you should definitely go watch it right now so that it will get renewed.