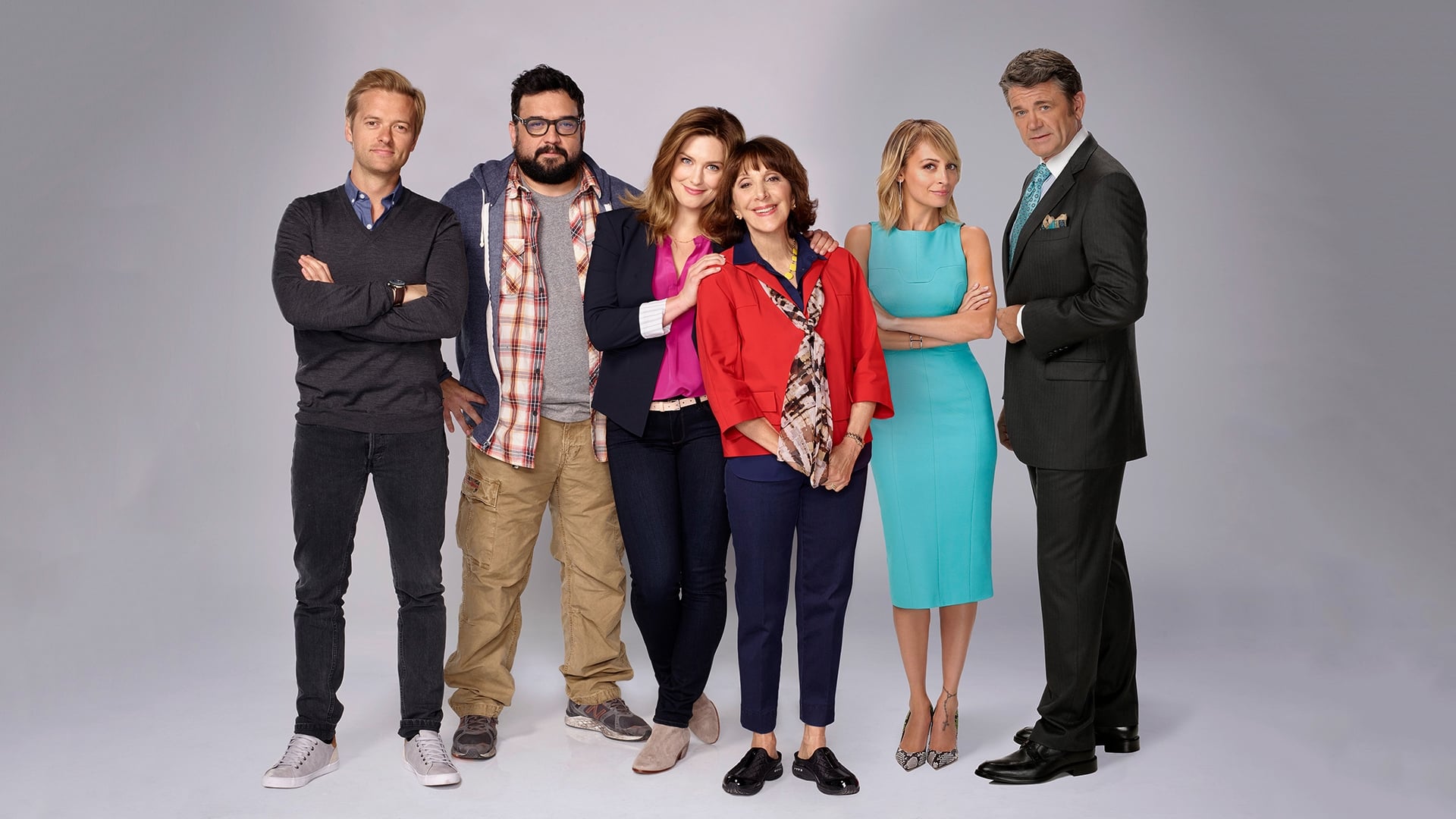 It’s time to stir up the “Honeypot” in this week’s episode of Great News. In a surprisingly topical and even more political than usual episode, the show takes on the subject of women vs. men in the workplace and sexual harassment. And, in a delightful turn of events, nails every joke. (No pun intended.)

The episode was really strong this week, letting Katie and Carol’s relationship at work fall second to the more interesting and politically relevant issue of sexism and sexual harassment in the workplace. I was honestly actually very surprised at how well the episode was done. Sexual harassment isn’t an easy topic to cover, let alone in a light-hearted tone. But the episode does a great job doing what comedy is supposed to do: shine a light on issues in an easy-to-swallow manner, so that everyone can understand and digest the real problem that needs fixed.

In this case, the show flips the traditional narrative of a man in power harassing women, and has a woman in power harassing men. The entire situation is really rather enlightening, as it becomes very clear how ridiculous it is not to believe the men when they claim they’ve been harassed. And yet, the show walks us through each step of a victim’s actual experience, confiding, not being believed, doubting, being blamed, finding strength in numbers, and then finally being able to come forward. 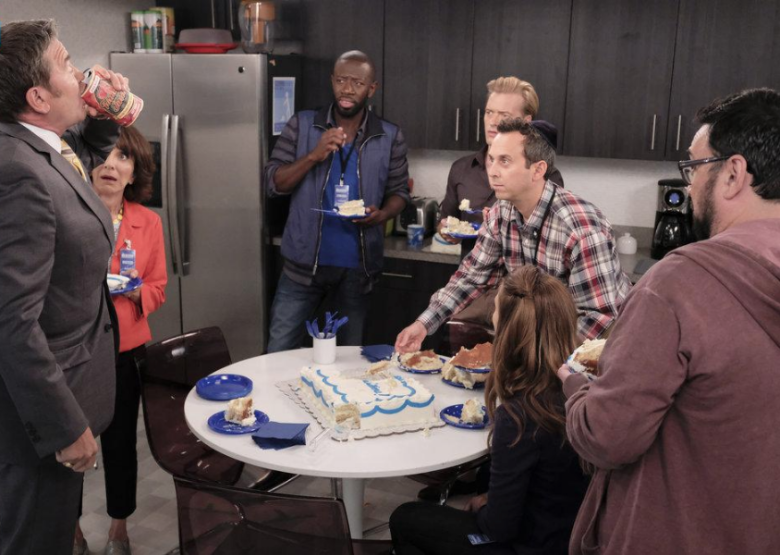 In a way, having it be men that go through this experience makes the issue that much more clear, because sadly, we still live in a society where, when it’s women in that position, the takes on the situation are still just too gray. However, when it’s men in that position, the situation suddenly becomes black and white, and in the black and white, comedic opportunity abounds. The episode definitely takes advantage of that, and the punchlines really land.

One thing I have noticed previously about this show that I really love, and continue to love even more with each new episode, is exactly how feminist it is. The show really takes care to highlight the experiences working women run into on a daily basis and address them. It tackles social issues that are on the minds of women everywhere, like gaining confidence in your career goals, knowing your worth, balancing work and life, and even sexual harassment. And it does so in a lighthearted manner that’s accessible, which honestly in our current political climate, we need. I hate to say we have to spoonfeed progress to people, but it’s literally the only thing that seems to work. I guess we all have to learn to eat the same way.

This episode was particularly successful in its comedic execution, and I really do think it had a lot to do with allowing Katie’s and Carol’s storylines to do their own thing. With each running their own separate arcs, their similarly quirky personalities were able to shine on their own, without feeling like too much. And I think it also helped that Katie was given the role of the semi-straight character this week, having her play the supposed voice of reason to everyone else’s antics, which balanced nicely with her more neurotic disposition. 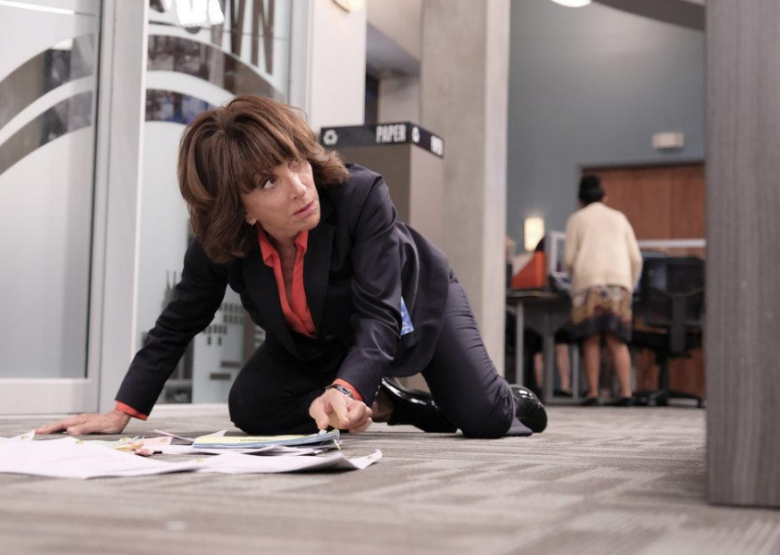 Carol was able to shine in her own way, embracing the leadership role of the very relatable head intern. Or perhaps it just felt super relatable because I still remember what it was like to be an intern, and all the mundane tasks interns were given to fill their time with. Either way, the ridiculousness of Carol’s antics only added to the humor this week as she tried to prove herself as a leader of the interns and as a martyr for the cause of bringing down sexual harassment.

I was surprised at myself for not feeling like the ending of episode was a cop-out, either. The surprise switcheroo, when we discover that Diana was actually trying to get accused of sexual harassment so she could get a big buyout and leave her job to go actually be with her children or have a life or whatever, tread a very fine line. The joke in that plot switch up was the idea that women are not as big of creeps as men, and women don’t sexually harass. Now, that’s obviously not true, sexual harassment happens to both men and women, and is committed by both men and women. However, I think the show chose the right plot point, because it does feel more believable that a woman CEO would try to find an excuse out of her job, rather than quitting, and it also feels slightly more believable that a woman who had worked so hard for what she had wouldn’t risk it all by abusing her employees in that way. 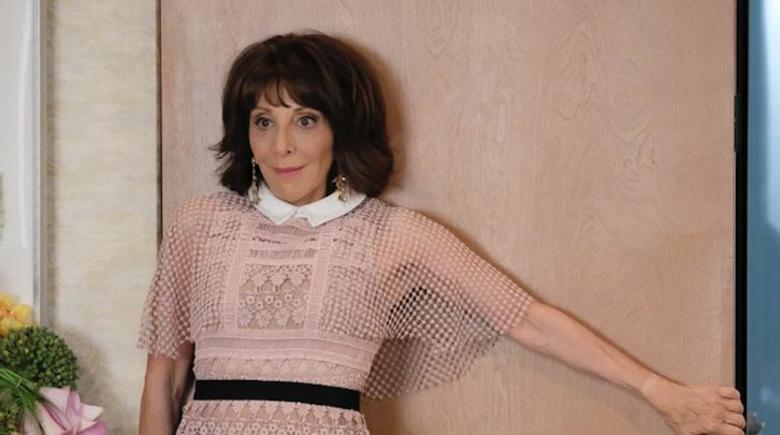 That’s not to say that couldn’t and hasn’t happened. Unfortunately, I’m sure it has happened. However, in a really subtle way, I think the show highlights a different, unfortunately true, fact about being a working woman in this country: keeping your job and keeping your reputation is a hundred times harder as a woman. Part of the reason why women are less likely to abuse their positions of power in this way is because getting and keeping that position of power is a huge fight to begin with. There’s never really a moment when a woman can feel comfortable in her job. She’s subjected to constant scrutiny, so no woman who wants a successful and long career is going to consciously risk that.

I think the show also does a great job of knocking out both sides of the sexist issue by flipping the accusers and the accused’s gender, as well. I could talk well into the night about sexual harassment and women not being believed, but the truth is this sort of sexist stereotyping negatively affects men as well. While less frequently the subjects of sexual harassment, men often feel even less compelled to come forward because they are then judged for being weak, or not believed because they are men, and how could a guy get harassed? It’s a bit of a double standard, and I like that the show takes this into account.

Overall, a fantastically funny episode, and even though the subject matter seems dark and heavy, the show really does a great job and making it lighthearted enough to think about without your head or heart hurting.