Great News gears up to set off 2018 with hilarious momentum in “Love is Dead.” The episode plot was fairly inconsequential but the jokes were on point, having me literally LOLing as I watched the show in my mother’s sewing room from my computer.

Speaking of my parents’ home, perhaps it’s the holiday festivities, my sugar high from a continual barrage of leftover fudge and chocolate covered oreos, or perhaps it’s the strength of the writing and the show itself, but this episode had me laughing like no other episode has before. 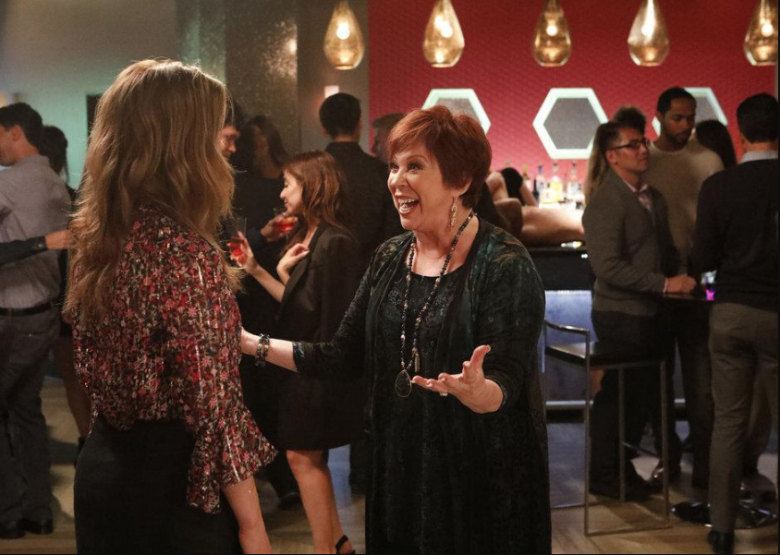 Don’t get me wrong, Great News is funny – just because this episode garnered more laughs from me doesn’t take away from the skilled comedy of previous episodes. But if every episode moving forward is as funny as I think this episode was (there’s a slight chance I’m still sobering up from Christmas day – Santa brought a lot of wine this year), then Great News is going to quickly wiggle its way up into a spot beside 30 Rock as a must-see, memorable comedy show. As of right now, it’s a comedy show that is sometimes memorable and only a must-see in the sense that there isn’t a lot of good comedy on TV right now, so there you are.

But this episode gives us a shining glimpse into the potential of the show; this episode demonstrates that this show is capable of achieving Liz Lemon pencil-in-pants status. The only thing missing is a Kenneth. This show would be great if we just had a Kenneth. Hey! Maybe actual Kenneth? Could an NBC page move on to working the New Jersey news circuit? Could that become a thing? (Okay, so maybe the wine is sticking with me.)

The episode really plays to the show’s actresses strengths, pairing Carol, Katie, and Portia all together in trio that actually works well and allows all of them equal screen time and participation in plot advancement. To top it off, the show demonstrates that it’s finally figured out the formula to allowing Carol and Katie to share the spotlight and the A storyline. In this case, Katie gets to play the straight character to Carol’s antics, which are complemented by the absurdity of her own mother’s (Katie’s grandmother’s) antics, which are so ridiculous that they almost make Carol look like a straight character as well. 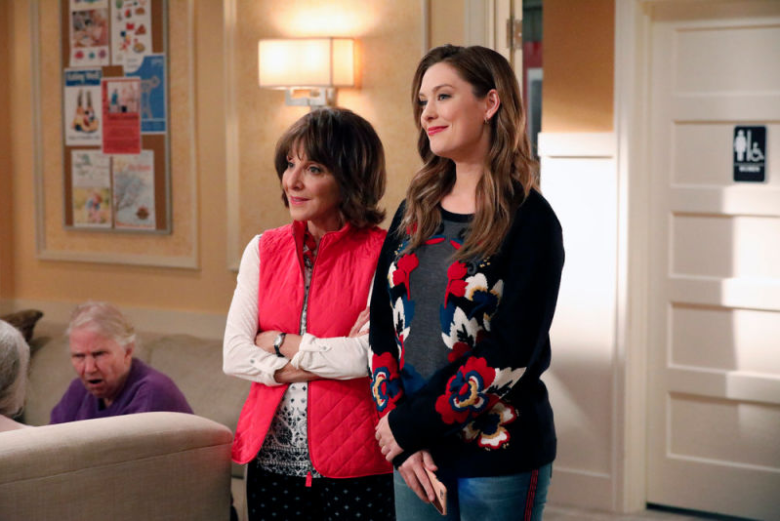 Personally, I loved it. We don’t get enough humor making fun of old people in a loving way. We need more of that and less of the beating-a-dead-horse jokes about millennials. This was almost like a taste of what a modern-day Golden Girls might look like and I think that might be something I really need in my life right now. In fact, if anyone at NBC is reading this, a Golden Girls reboot that’s also a spinoff of Great News is something I think someone should get on right.now.

On the flipside of the episode, Justin and Chuck share a storyline fighting over a coffee barista. In a pretty sexist but lightly glazed over storyline, the two go head to head when Chuck finds Justin in a new coffee shop and unwittingly makes a move (or what they both think is a move) on the barista Justin was trying to chat up. Upset, Justin retaliates by cutting a terrible interview segment of Chuck, which Chuck retaliates to by getting Justin fired. 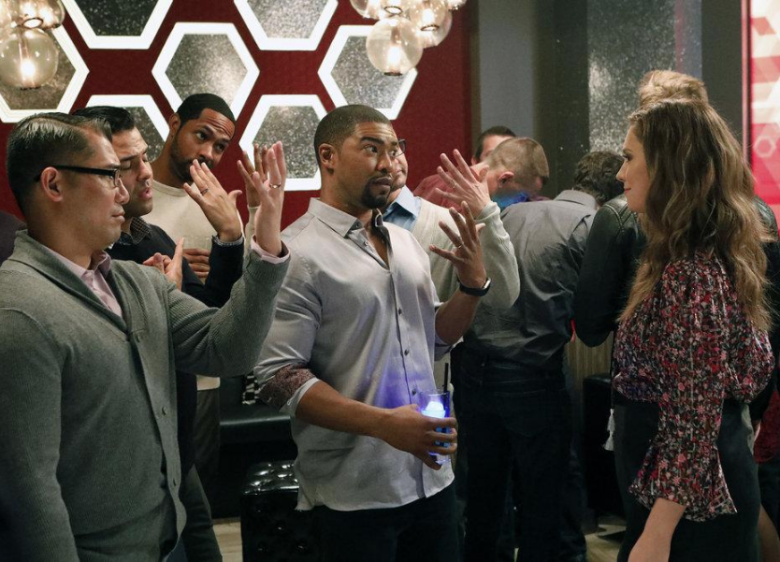 However, when the new editor refuses to commit to any of Chuck’s editing requests, Chuck realizes that Justin was a good friend to him, and one that sacrificed his career as a good editor to be a better friend. The two make up, Chuck makes sure Justin gets rehired and also steps out of the way to allow Justin to make his move on the barista. However, as the two arrive at the coffee shop where the barista works, they find that she’s in a wedding dress getting married – in the coffee shop (she must love her job). The show then hangs a bit of a lantern on the fact that two men fighting over a woman’s affections – whose opinion has not been voiced or taken into consideration first – is sexist, having Justin acknowledge the fact that both he and Chuck – who agrees with him – were clearly reading the signs wrong, as the barista was most likely just being friendly because she works in the service industry and it’s her job to be friendly.

So, a great episode to round out your holidays. If you haven’t watched it yet, I highly recommend you do so soon.