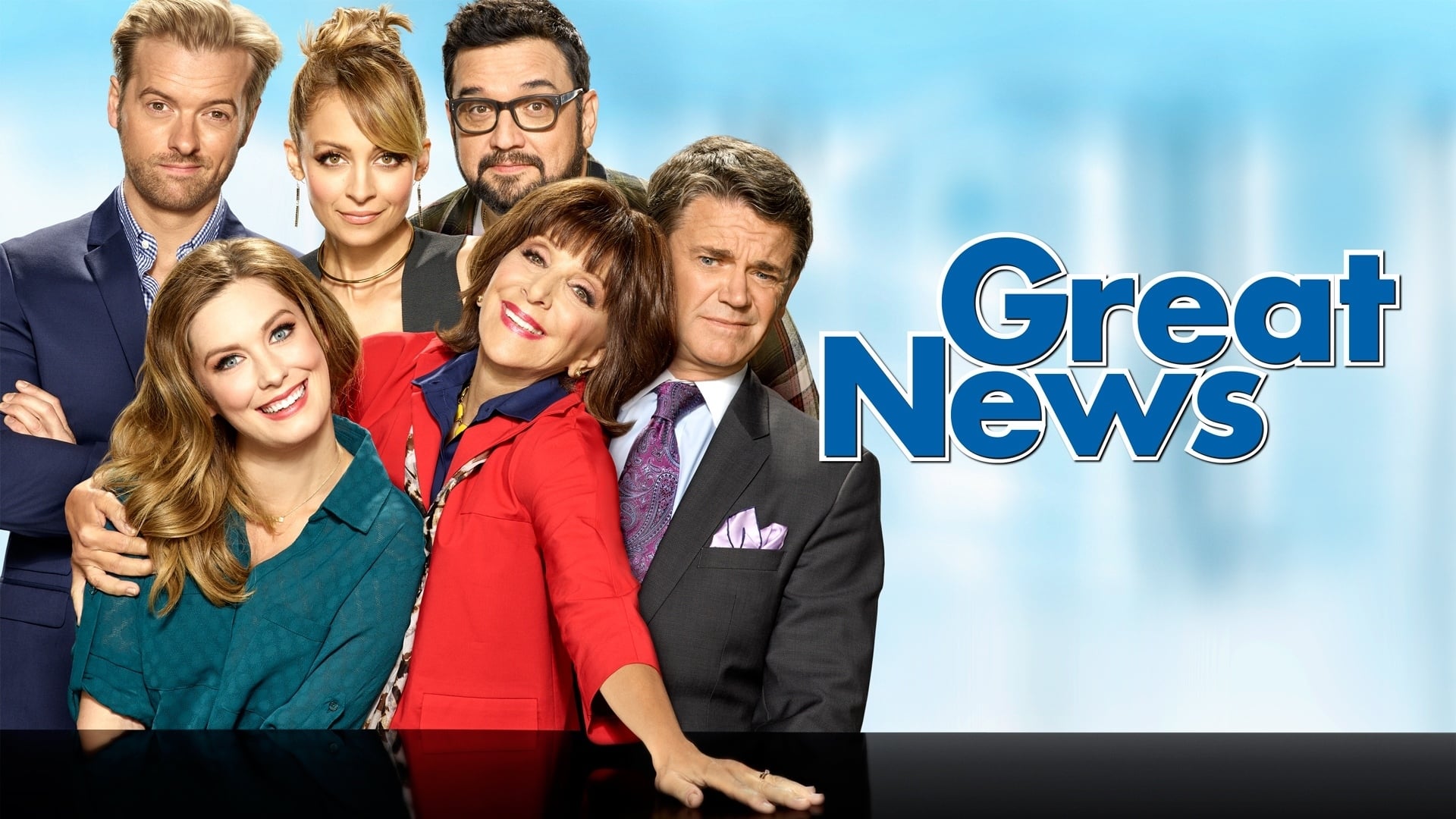 Great News faces the scariest thing of them all: Instagram, in this week’s episode, “Night of the Living Screen.” By far the best episode of the season yet, the jokes and storylines had me cackling like a deranged ghoul the entire show. Perhaps it was Katie’s need to prove her life was great, or her feelings of failure and insecurity when comparing her life to that of her married friend in New Jersey, or perhaps it was Carol’s Roman Catholic believe in demons and the supernatural, but the feelings and motivations in this episode were very relatable, and very funny because of it.

Quick shout out to my favorite gag of the entire episode, the last scene of the show, when Katie tries to return her destroyed costume and discovers the Party City store clerk she bought it from has been dead for 30 years, but she doesn’t really care because she just wants to return it, but she can only get store credit for it, which is the real thing that makes her scream. Absolutely hilarious. 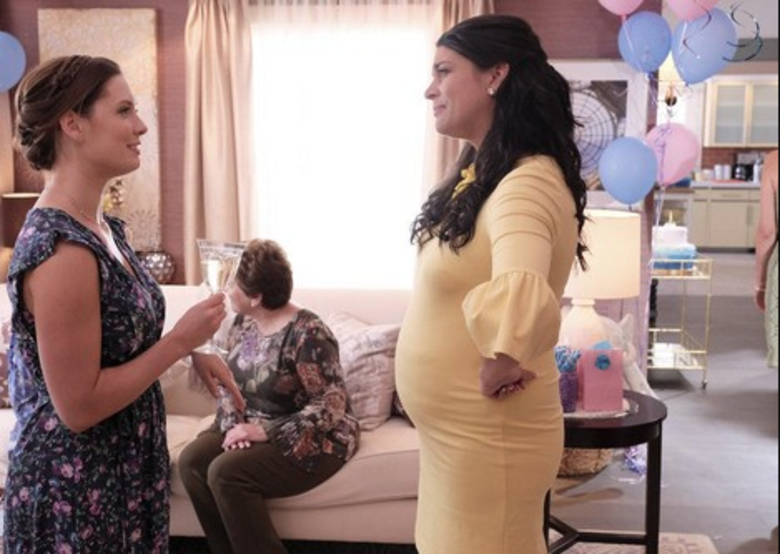 Okay, back to the overall episode. The episode really draws some visual parallels with 30 Rock’s “The Tuxedo Begins” – if you don’t know which episode I’m referring to, go back and rewatch. It might not be the best 30 Rock episode, but it’s still pretty great. Also great is deranged Katie laughing maniacally at the Halloween party in her soup-destroyed costume.

Side note here: This party was supposed to be one-of-a-kind costumes, right? So, I get that to move the storyline along they had to throw up roadblocks for Katie, but honestly, I think slimed-out-Glinda-the-Good-Witch is actually a more creative and one-of-a-kind costume than simply being a pink princess/witch/whatever that her costume was originally. I kept expecting her to be let into the party and everyone being like, “Woah, what an interesting and smelly costume!” So there’s a bit of a logic bump for you. Oh well. The imagery of her coming through the bushes/treeline is so much better than if she had been let into the party, though, so there’s that, too. 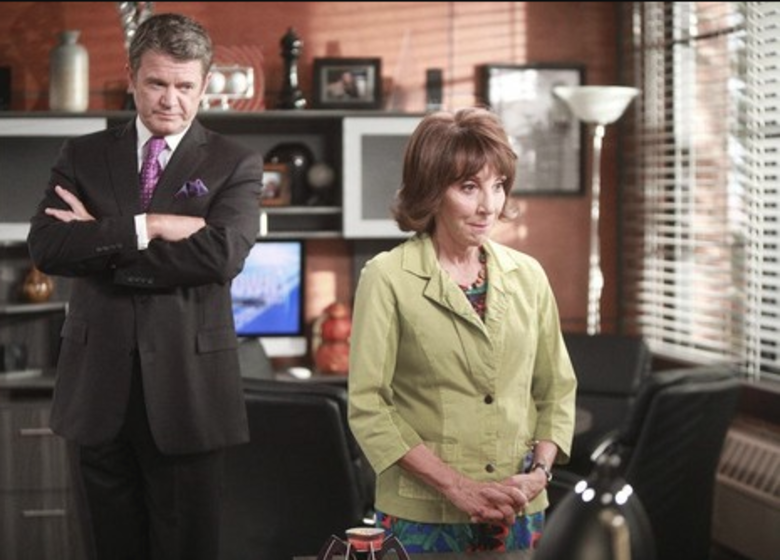 In the end, it’s nice that Portia once again steps in to give a little reality check to everyone and defend her co-workers. It’s ironic and funny that it’s always Portia who seems to have the clearest world view, despite her rockstar lifestyle and her obsession with social media. She’s carefree and let’s Katie tag along because she’s confident enough in her own swagger that she’s not worried about anyone else affecting her public image, which, even though she’s completely fictional, is kind of a great personality trait to aspire to. And, it also makes for some great one-off punchlines.

Meanwhile, Chuck is once again struggling with change and being ‘out-of-date’ with the times. Greg gets the station a “genius board” and Chuck embarrasses himself trying to use it on the show in the funniest way possible. Then, when Carol tries to teach Chuck how to use the board, Chuck gets the idea to convince Carol that the board is actually possessed by demons so that, together, they can get Greg to get rid of the board. His plan works, but his own guilt motivates him to teach himself how to use the board and apologize to Carol the next day. I’m telling you, when you involve Catholic superstitions, you’re going to get the Catholic guilt that comes with it, too. 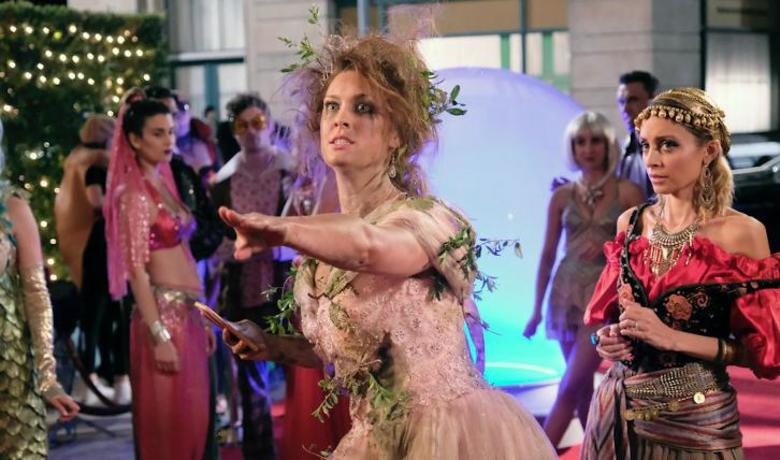 Carol’s absurdity is warming up to me. I think it’s much better when the mother-daughter stuff is in small doses, because Katie and Carol are by far the kookiest of the cast. But when Carol’s quirkiness is paired with Chuck, or really any of the rest of the cast, it becomes funnier, and in a lot of ways, opens the doors for the characters paired with her to have a lot more punchlines, gags, and funny moments in general, which is great. It also makes her a bit more endearing, because her motivations with the rest of the cast don’t seem as absurd or ridiculous as her obsession with practically smothering Katie.

So, will next week’s episode prove to be as funny and strong? I hope so. This show has such great potential to be on par with 30 Rock, and I hope this season continues to build towards that.