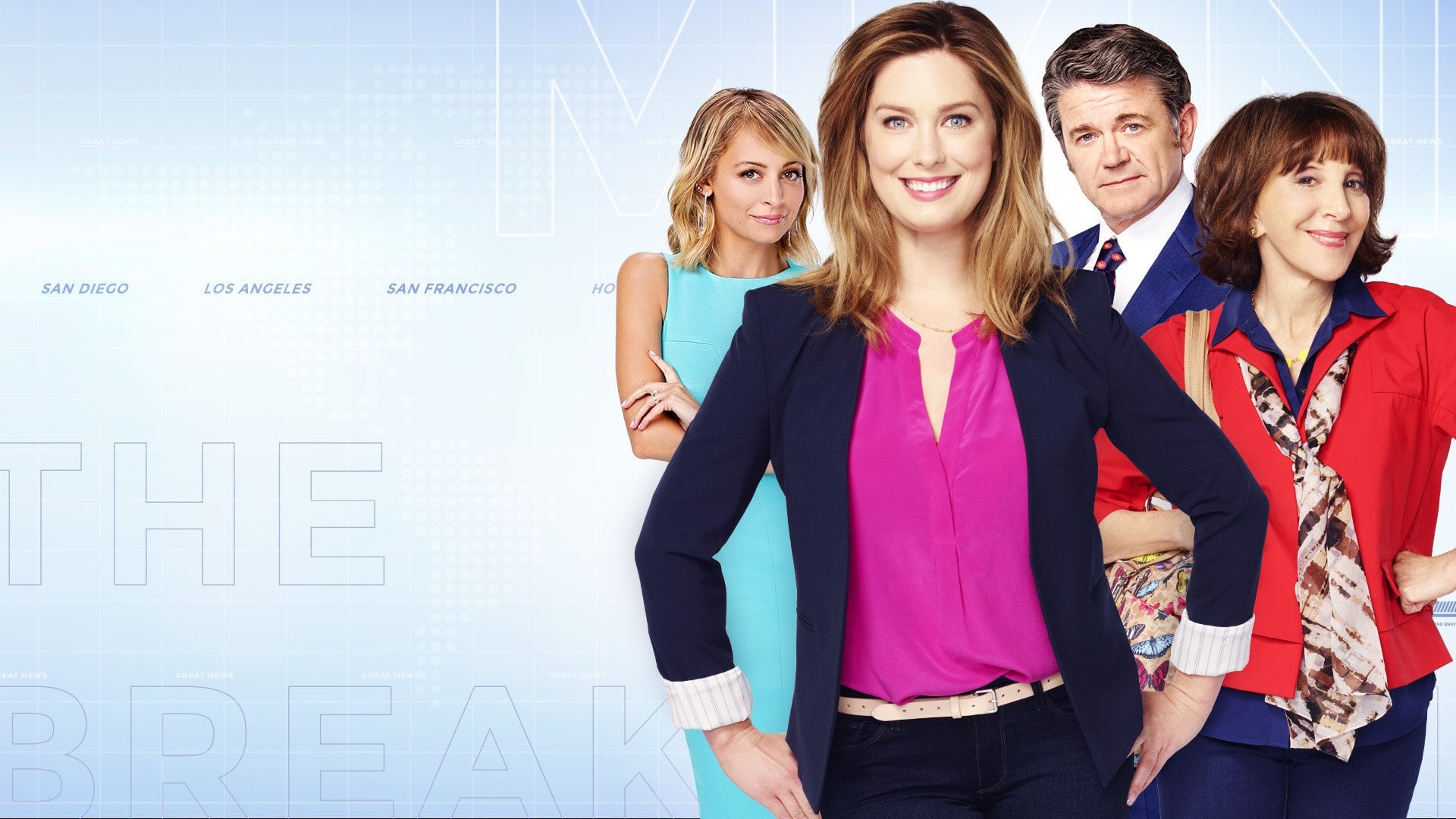 It’s all about beginnings, ends, and non-start relationships in this week’s episode of Great News, “Pool Show.” Really, I’m honestly not sure why the episode wasn’t called ‘Sandwich Hero,’ but I guess that’s a minimal beef to have. The episode was actually really great, expanding on some plot development between the characters and finally having a plot line involving some mother-daughter relationship aspects that were actually relatable, and therefore funny.

This week’s episode further explores the budding romantic tension between Greg and Katie, as Carol lets it accidentally slip that Katie likes Greg – or, at least as far as Carol knows, Katie likes Greg. In reality, Katie is actually seeing a guy from VEEP – excuse me, I mean the New York Times. So, whether she has feelings for Greg or not, it’s a little hard to tell, because she’s focused on dating someone else at the moment. 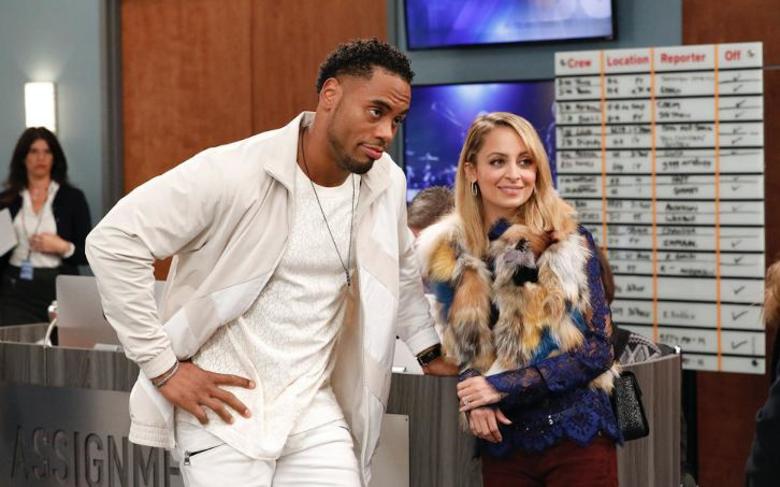 Meanwhile, Greg’s feelings for Katie seem to come out in full force – to Carol, at least – once he realizes that there’s a chance the feeling is mutual. A bit complicated, seeing as Greg is technically dating someone as well. In fact, his relationship is a little more long-term and solidly set than Katie’s, but the episode plays off the classic trope of bad timing, making Katie unavailable and motivating Greg not to change anything with his current relationship because of it.

While all of this is going on, Chuck finds a new friend in the form of Portia’s long-term fiancé, an older professional football player – and by older, I mean by football standards, not normal societal standards, because dude looks like he’s barely in his 30’s. Chuck and the football fiancé find friendship over their mutual experiences as older professionals competing to stay relevant with their younger counterparts in their respective fields. 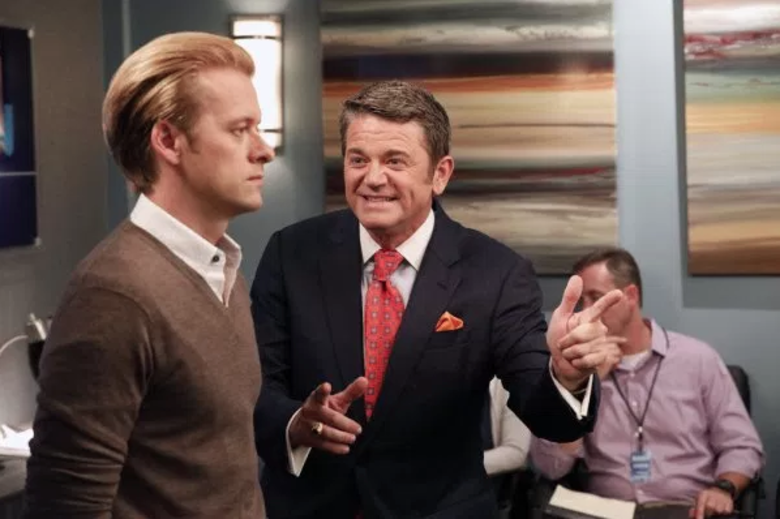 Portia, however, is not pleased with this new, budding friendship. She doesn’t like having Chuck over at her home, but the guys are spending an abnormal amount of time in the pool together, putting together a “pool show” that involves a very complicated choreography created by Chuck. Chuck, however, misinterprets Portia’s unwelcoming attitude and her football fiancé’s admittance that the spark between them has died as a cry for help, and in an attempt to make things better, shows Portia his series of self-help tapes on marriage and relationships.

This backfires when, repulsed by Chuck’s obviously terrible and unattractive advice on relationships and intimacy, Portia realizes that she doesn’t want to marry her football fiancé. Instead, she decides to break up with him. 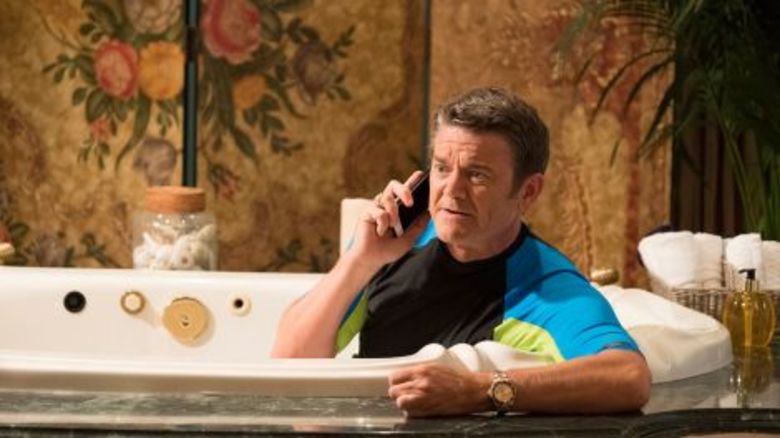 This doesn’t seem so bad to Chuck, until he realizes that the breakup is affecting Portia’s football fiancé’s ability to dance and perform their pool routine properly. He decides to help Portia’s football fiancé by showing him a different portion of Chuck’s self-help marriage VHS tapes. However, the plan backfires again when Chuck accidentally lets it slip that he also showed these tapes to Portia, and Portia’s fiancé realizes that Chuck is the reason Portia broke up with him in the first place.

However, the plan backfiring backfires, when Portia sees her now ex-fiancé angrily stuffing Chuck into a trash can, and Portia decides to take him back because of it. So, in the end, Chuck and his disgusting self-help tapes actually did save Portia’s relationship.

The episode continues to improve on the season’s comedic skills, and I’m really hoping that the end goal for this season is Katie and Greg together at last. But, I guess we’ll just have to keep watching to find out for sure!