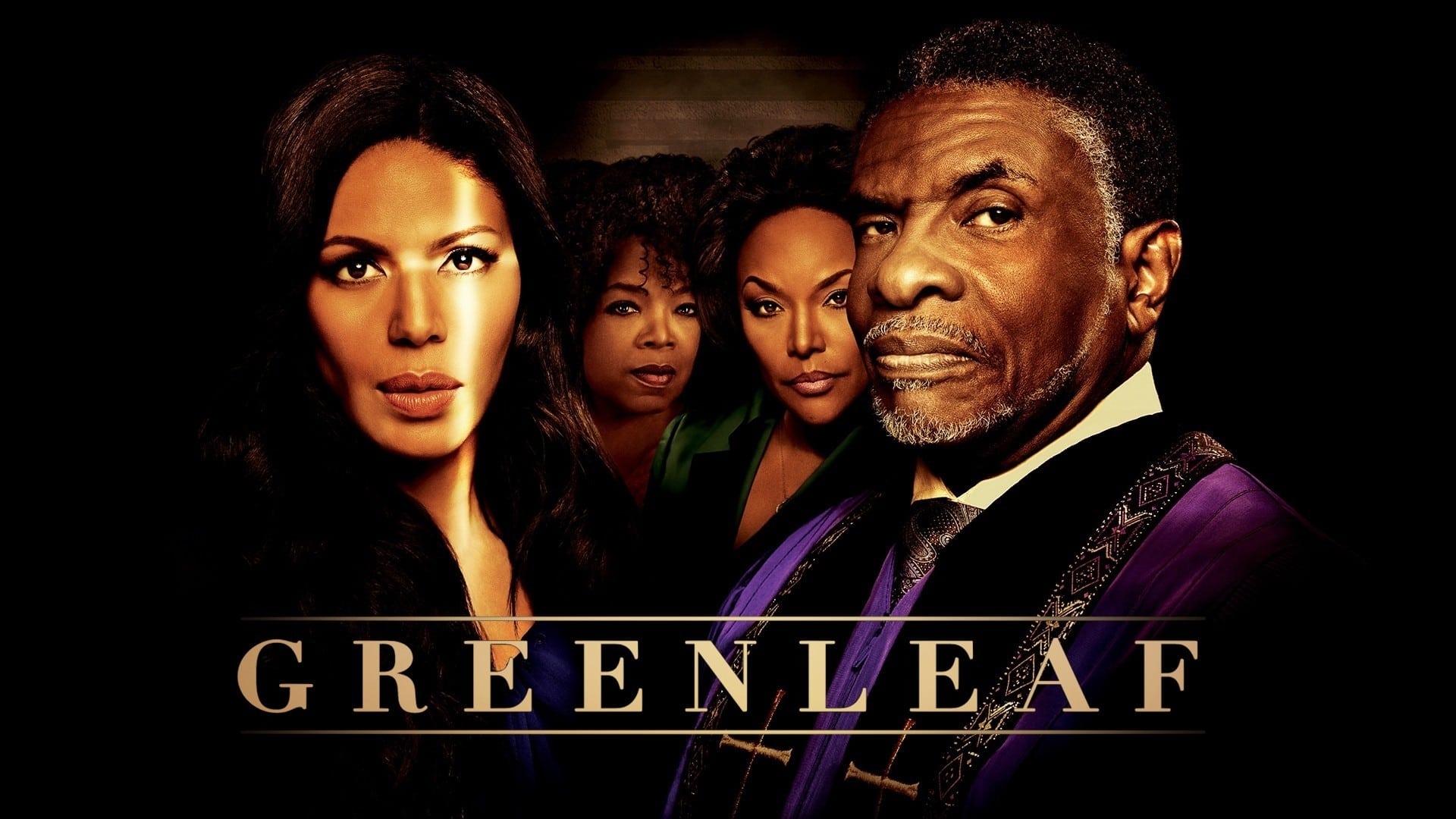 Greenleaf tickles me pink.  These people are just so real, and I love every minute of it.

Pastor Gigi Greenleaf puts on her clothes after bonin‘ Darius (not her husband). She bats no eyes about it.  I mean, why should she? She is a human being.  Painting Christian people as holy and sanctified is so out.  The reason they go to church is to become holy and sanctified.  It’s a process, darling.

Gigi decides to invite Darius over to meet her parents.  As they’re all chatting about Darius’ parents’ love for each other, Pastor Greenleaf (Papa, that is) chimes in and says: “I can’t imagine what that kind of bond would be like”.  Errrrrr, excuse the hell out of me?  Did I mention that Lady Mae was sitting right next to him?  I was so sure she would say something shady, but she kept her mouth shut.  I was thoroughly confused by her non-action, but then Pastor Greenleaf reminded me that she cheated on him with Lionel. Oh, yeah.  That part.

Pastor Greenleaf confronts Lady Mae about it.  He says that when he strayed once with her sister (clears throat) he told her immediately, but this old thing with Lionel was kept hidden for years.  Not to compare sins, but sleeping with a person’s sister, even if it was once, is some nutty ish.  That lady will always be Lady Mae’s sister, so how could she not be reminded about that daily?

He is trying to hide his pain by submerging himself into the adoration and obvious trifling-ness of Rochelle.  She enters his office with a big check and lures him to her cancer check-up appointment.  It’s interesting having these feelings of annoyance for someone who is a proud homewrecker and a person in remission.  Shrug.

Pastor Greenleaf knows what he’s doing.  He is trying to ignite feelings of jealousy in his wife because he loves her.  That makes no logical sense, but it makes love sense.  “All is fair in love and war”, remember?  It’s unfortunate that these two will fight it out before things get better.  They have both hurt each other immensely, and no one’s pain is greater than the other.  They just need to talk through it and preach about it, so that they can both heal.  Also during this time, they will have to deal with Basie.

Basie rears his head, and that man is rockin‘ a beautiful mane.  What kind of hair stylists do they have in the sewer?  His hair is fresh af.  He calls his wife and tells her that the Greenleafs are some murdering heathens and that she needs to make them pay.  He has no plans to see her again, but he wants her to do his bidding.  Here is f-boy #2.  How did this man even become a pastor?  He is hella sheisty.  In all black and that slick ass wave pattern, he speaks to his wife as if he is giving her the most important news and assignment in the world.  She obeys him and is off to give major shade to Pastor Greenleaf (Jacob).

Jacob appreciates Mrs. Basie giving up her office to his wife.  But she is up to something.  I’m not sure of the details, but the goal is to make “the Greenleafs pay”.  These Christian people sure can be too much sometimes.  At her core, she is a woman of God.  There is no way that she could go through whatever dumb scheme her husband has her up to.  She is the definition of a delicate flower.  Let’s see how fast she crumbles.

Zora seems to be crumbling.  She is hiding all kinds of bruises on her body, and her mother knows something is up.  She goes through her room, searching for what it could be.  She finds condoms.  Zora admits that she and her boyfriend have been hooking up, but her mother gives her a schpiel about boys respecting girls when they wait.  This kind of conversation is important for a 16-year-old because it is true at that time.   And in Zora’s case, the boy she is hooking up with is not only using her for sex, he is also abusing her.  Even if Zora didn’t want to wait, he is not the boy she should be giving such a precious gift to.

Right now, her mother knows about the sex.  She has yet to find out about the abuse.  It’s funny that her mother slaps her when Zora makes a sly comment about waiting to have sex.  Not haha funny but ironic funny.  Her mother, on the outside looking in, seems to have abused her.  And in Zora’s romantic relationship, she is being abused.  I would argue that Zora’s mother did not abuse her.  Slapping her knocked sense back into her because disrespecting her mother is unacceptable.  What her boyfriend is doing to her is a way to control her.  Two different things.  It just sucks that Zora seems to be getting hit in her own home and in her relationship.

Sooner rather than later, the Greenleafs with implode.  Will they all be able to pick up the pieces?  Will they do what they say and rely on God through it all?  We will see.