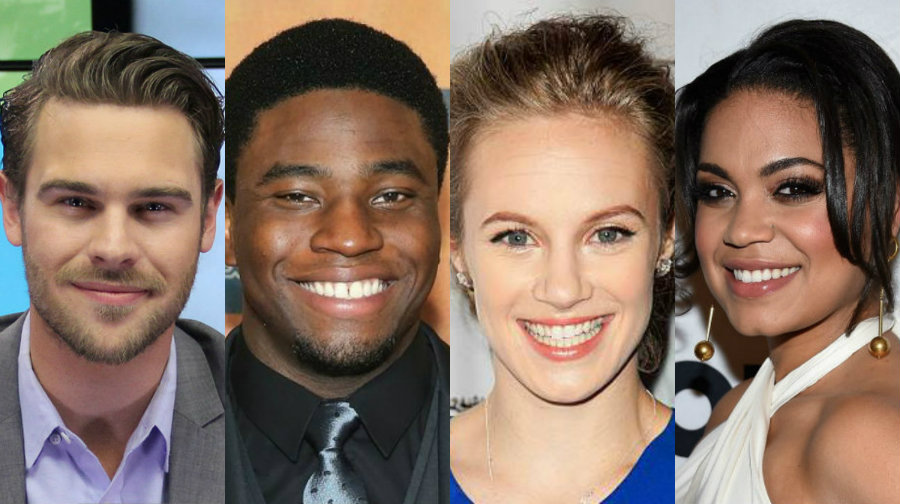 A couple weeks back I was talking to one of my colleagues and was shocked to learn that Shonda Rhimes’ Grey’s Anatomy was still on the air. The show is actually in the middle of its 14th season and with Shonda Rhimes’ Shondaland recently signing a deal with Netflix, ABC is going to try to take advantage of the watchers the show currently has by spinning off Jason George’s character Dr. Ben Warren into a new untitled show based in a Seattle firehouse.

This spinoff is being written by Grey EP and co-showrunner Stacy McKee, and Jaina Lee Ortiz was one of the roles cast for Shondaland’s new show. They’re now joined by four new actors, all who might have recognizable faces, but will be new enough to not detract from their characters, all of them playing firemen and women.

First up is Grey Damon from Friday Night Lights, who will play Lieutenant Jack. Repped by Paradigm and ThirdHill Entertainment, Damon was a series regular on Aquarius and has appeared on Star-Crossed, Twisted, The Secret Circle and more.  He also plays Mirror Master on the CW’s The Flash.

Okieriete Onaodowan, who plays Dean, might be best known to theater fans, as he originated two roles in the blockbuster musical Hamilton, playing James Madison and Hercules Mulligan. He then replaced Josh Groban in the role of Pierre in the musical Natasha, Pierre and the Great Comedy of 1812, and he’s appeared on the Netflix show The Get Down and HBO’s Ballers. Onaodowan is represented by Innovative Artists and Red Letter Entertainment.

Danielle Savre, with Talentworks and Capstone Talent Management, will play Maya on the spin-off after appearing on Tyler Perry’s Too Close to Home on TLC. She’ll also appear in the shark thriller sequel Deep Blue Sea 2.

Last but not least, Barrett Doss, who plays Megan on Netflix’s show Iron First and will be seen in next week’s Marshall, as well as having a run in Broadway’s Groundhog Day, will play Victoria on the show. She’s with Beth Rosner Management and BRS/Gage.

Start of production on the show has been pushed back a week to finish casting with all the lead characters expected to be introduced on an episode of Grey’s Anatomy this fall and the new spin-off being a mid-season premiere.

McKee is one of the EPs on the spin-off along with director Paris Barclay, Shondaland’s Rhimes and Betsy Beers for ABC Studios and Shondaland.

This casting was first reported by Deadline.