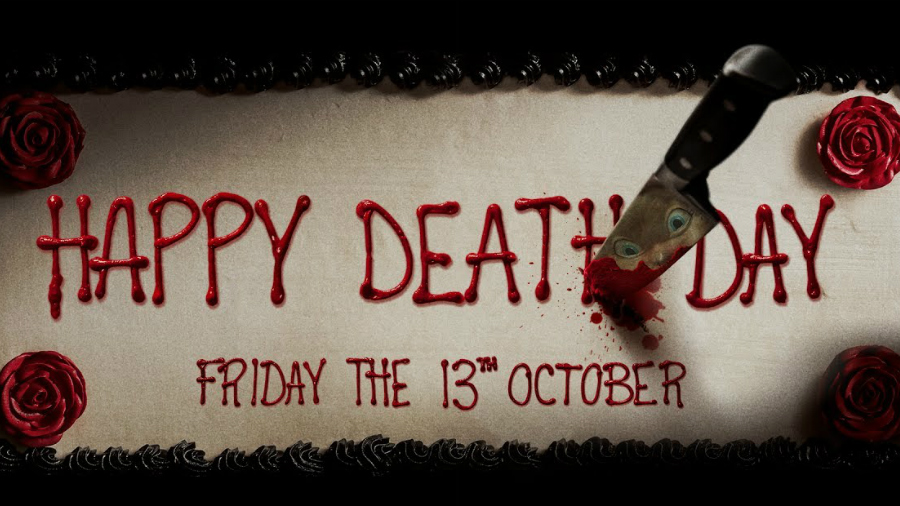 Part of what makes Groundhog Day such an enduring and interesting classic is that the film really isn’t what it appears to be on the surface. While it’s ostensibly a romantic comedy that hinges on the weird time loop idea, the film is ultimately one of the most honest explorations of the way someone can develop as a moral and ethical person. It is a spiritual film, one that is focused on genuine transformation as opposed to dogma based on fear or familiarity. It is a startlingly smart script, and by the time the film ends, we’ve seen Bill Murray’s character follow this unconventional path to become a better man, and we believe it. It is a film that fully explores the weird possibilities of being stuck in one day forever, and because of the way it fully explores that idea, it sort of dared anyone to try to follow or add anything new to the idea.

Happy Death Day does not add anything new to the idea, and it doesn’t really earn the emotional epiphanies that it tries to deliver in its last half-hour, but Christopher Landon’s film feels like it gets close enough that many people will be perfectly happy with it. It’s like hearing someone do a really great country music cover of a Nine Inch Nails song. I admire the way you worked your variation, even if you didn’t really invent anything. In this case, the film begins with Tree Gelbman (Jessica Rothe) waking up in the dorm room of the charmingly awkward Carter Davis (Israel Broussard), where she spent the night after what she assumes was a drunken hook-up. As she stumbles through her morning, nursing a hangover, it becomes clear that while she’s not exactly full-Heather, Tree’s enough of a mean girl that there are very few people in her life she can actually call friends. She’s got a roommate, Lori (Ruby Modine), who tries hard, and she’s got her sorority president, Danielle (Rachel Matthews), who is horrible and happy to be so. There’s Gregory (Charles Aitken), the married professor who she is sleeping with, and her father (Jason Bayle), who she’s been estranged from since the death of her mother. 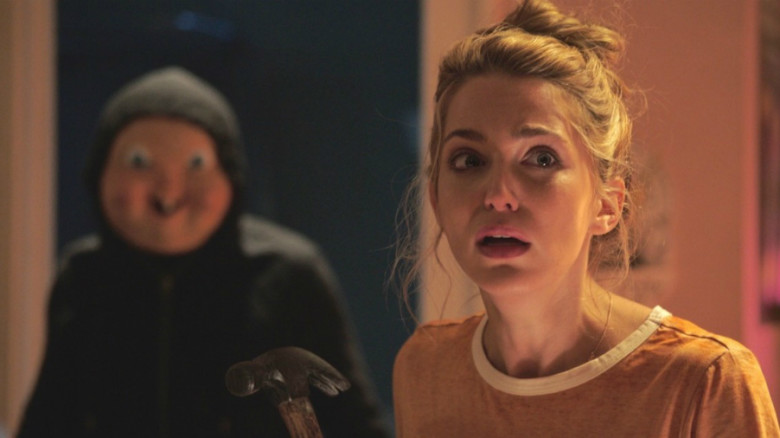 As the evening gets underway, Tree (whose name sounds like a last-ditch effort from the legal clearance team more than an actual name for a human being) heads out for a party, and she ends up stalked by a creepy guy in a weird baby mask, and he manages to catch up to her and kills her, only for her to wake up in that same bedroom, with Carter sitting across from her again. The film takes its time setting up the loop and the way it works, and in order to do that, you have to show enough of the day to set up the repetition as well as the variations on that repetition. That takes time, and what you hope in a film like this is that there’s going to be some meat during those scenes. Screenwriter Scott Lobdell (best known to fans of Marvel from the ‘80s, especially the X-Men series) pushes everything towards comedy, which is probably the right choice for the material. The problem is that when the film tries to start working in a more emotional tone, it doesn’t feel like the film has earned any of that. Tree’s just terrible enough at the beginning that she needs to change, but the film doesn’t want to do the heavy lifting, so when it’s time for her to be a good person, she just changes into a good person because it’s time to get busy with act three.

There’s fun to be had here. Jessica Rothe is a game lead, and she does her best to sell the wild character swings in service of plot. Israel Broussard does charming nerd well, and he has nice chemistry with Rothe. Ruby Modine navigates her character’s various peaks and valleys ably, and she makes a strong impression in what could be a relatively thankless overall part. While I don’t think the thing really adds up or makes sense in terms of why Tree ends up trapped in her loop or what it is that helps get her out of it, Christopher Landon has a pretty strong sense of how to keep things fun. That’s important when you’re making this kind of slasher fare. If you play it wrong, it gets really ugly watching this young woman get murdered over and over, and thankfully, the film keeps the violence largely low-impact. This is more like Edge of Tomorrow than Friday the 13th, with many of the deaths played for comic effect, and they really work to keep from making it feel like the entertainment depends on the merciless abuse of this girl. 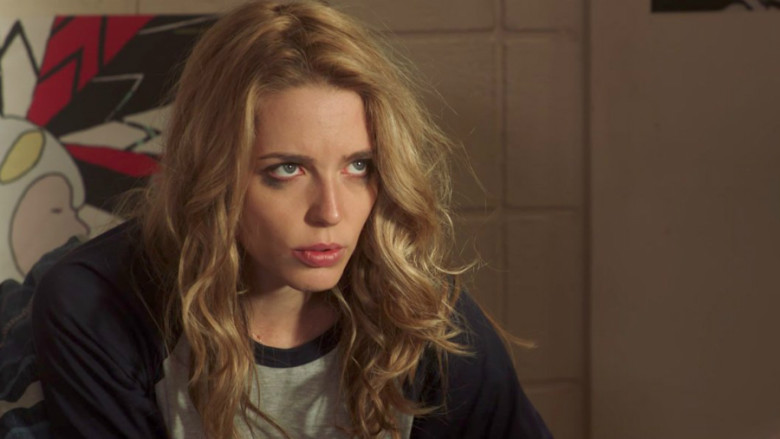 Landon’s intriguing to me. While Oren Peli gets the credit as the creator of Paranormal Activity, Landon was the writer on every one of the films from part 2 through The Marked Ones, making him one of the primary architects of the entire franchise. He made a ton of money for Paramount, and they repaid him with the opportunity to make Scouts Guide to the Zombie Apocalypse. That film’s distribution plan could be described as an escape more than a release, so as a writer/director, Landon remains unproven. Blumhouse seems like a company built around loyalty. If you work well with them in the system that they’ve built, you have a chance to keep working with them, and Landon (who has been working as a writer for almost 20 years now) has certainly earned at least this shot. I suspect this will work well enough that he’ll get another chance, and he seems like a guy who gets better the more he does something. If he’s already got a good sense of how to maintain tone on something as tricky as this, then I’m curious to see how good he gets. It’s clear that the Paranormal Activity team sticks together, with Gregory Plotkin serving as editor here after directing the most recent film in the series. Plotkin’s work is essential to making this work, and he keeps things light and energetic even in the story’s grimmest moments. The same is true of Toby Oliver’s photography, which is surprisingly bright and colorful, and after shooting both this and Get Out in the same year, he’s going to be wildly in-demand for the very near future. Deservedly so.

Happy Death Day is a very simple formula picture, built from parts of other movies, but if you know what you’re getting into, you may find yourself carried along by the energy of it, and I suspect Blumhouse will be delighted by Monday morning. So much of what is released for modern horror fans is so grim and even mean that seeing a movie this unabashedly goofy and unrelentingly determined to please is a mild pleasure, but a pleasure nonetheless.