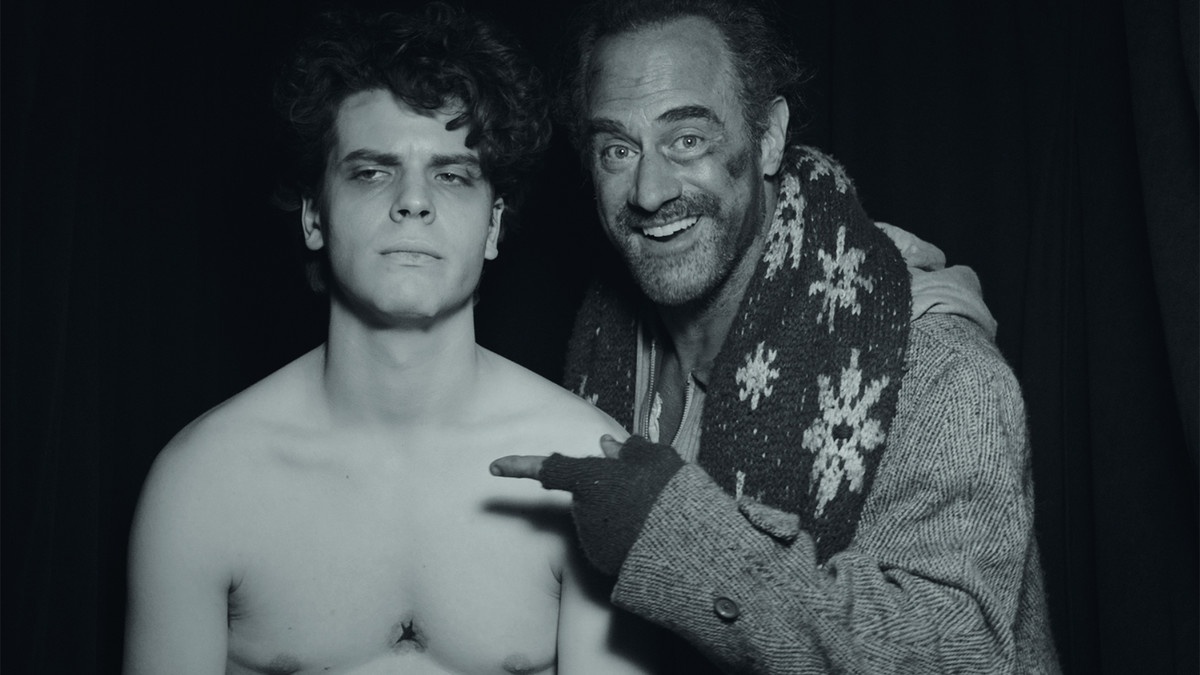 Happy! returns to themes of faith and sacrifice for “The Scrapyard of Childish Things.” This is a show that loves to flirt with the great stuff. Great shows are driven by engines of great, costly dilemma, difficult sacrifices, and journeys that reward the faithful audience with a valuable discovery. Some shows are afraid to reach and there are still a few that only serve as picturesque glue between commercials. Happy! may not be for everyone, and its so called hero is a mess, but it delivers story treasure to its viewers.

One of the best, trickiest, and most subversive elements of Happy! is the imaginary blue unicorn that headlines the show. The rules seem simple at first; a child must believe in the IF (Imaginary Friend) to bring the IF into existence. That seems simple but what about the case of a demented split personality adult like Very Bad Santa? He believes so he also sees the IF, but does he get his own? Nick also sees Happy, mainly because he’s Hailey’s father, but Amanda never mentions Happy. Maybe she doesn’t believe. After Sax tells Happy to scram, he trots into a support group meeting for unappreciated IFs. Imaginary creatures sitting in a circle slowly fading as the people who believed them into existence continue to distance themselves from the unreal. It’s a depressing group, remnants of dying faith, with one exception. There is a weird red dog-thing called Raspberry.

Raspberry has a much more uplifting outlook and convinces Happy to follow him to a place where someone still appreciates and welcomes the IFs. Of course, like many real-life faith gurus, Raspberry is a sleazy con-dog. He doesn’t care about Happy, the fading hornless unicorn is just another mark. At first, Raspberry’s place seems nice, but the child that empowers him, Jimmy isn’t home yet. 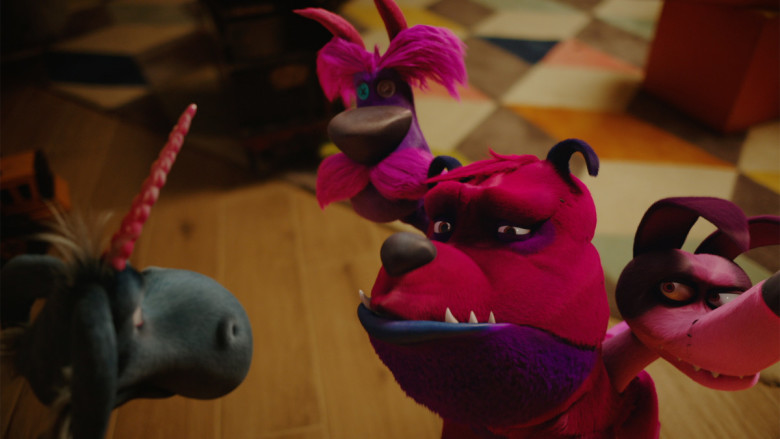 When Sax realizes recently deceased Mikey has found him on the street, he formulates a plan to use the boy. This might not seem far off from Raspberry’s selfishness, but Sax isn’t doing it for entertainment or comfort, he’s trying to get Hailey released. Sax takes nude, dead, Mikey to an arcade photo booth and has pictures taken of the two of them together. Sax with his fresh bruises and Mikey with a bullet hole in the center of his chest. He asks Mikey to repeat the password everyone thinks Sax knows, but the only word Mikey will say is, “Blue.”

Sax breaks into a church to clothe Mikey is donation clothes, then handcuffs him to a chair and asks the priest to look after him until he returns. The priest agrees, Mikey needs help whether Sax is lying or not. The faithful priest walks away to prep his church and possibly to pray. Meanwhile, Mikey’s mom, Isabella has faith in her old Italian witch who is also singing out a spell to contact the boy and lead him home. Mikey frees himself from the chair and heads to the confessional where the priest starts a brief conversation with Mikey but ends up having a longer one with the Latin speaking demon driving around in Mikey’s corpse. Then, Mikey leaves, before Sax ever returns. 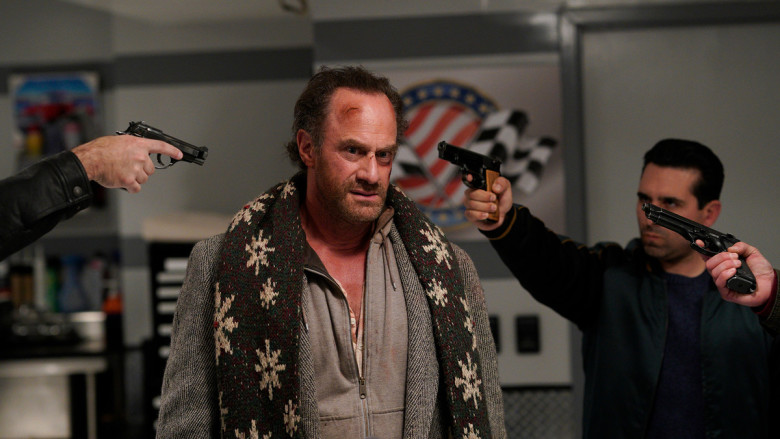 Sax tracks Blue to a school holiday program where his young wife watches their young son perform in a Christmas pageant. Blue is genuinely surprised to hear one of the kids he kidnapped is Sax’s daughter, but he doesn’t plan on giving her up. Sax threatens to kill Blue’s wife and child later in the evening, but this doesn’t concern him either. Blue only shows concern when Sax shows him the pictures he has of resurrected Mikey. Sax gives him until that evening to release Hailey. However, Sax loses his actual leverage when he returns to the church and the freaked-out priest to discover Mikey walked off again.

Blue calls Smoothie, who has the kids wearing weird costumes, and tells him to identify Sax’s daughter. Hailey only speaks up when Smoothie threatens to hurt another innocent girl. Smoothie tells Hailey her father is dead, no one is riding to her rescue, then he leaves to do whatever he does off camera, no judgement. Hailey quickly organizes the other kids, even the frightened ones, to break out of their classroom. Hailey assumed she could see out to the real world, but she was tricked. The classroom is just a small set inside of a bigger, more elaborate set. Smoothie finds the kids on the “City” stage, most of them scatter, one kid pees his pants. 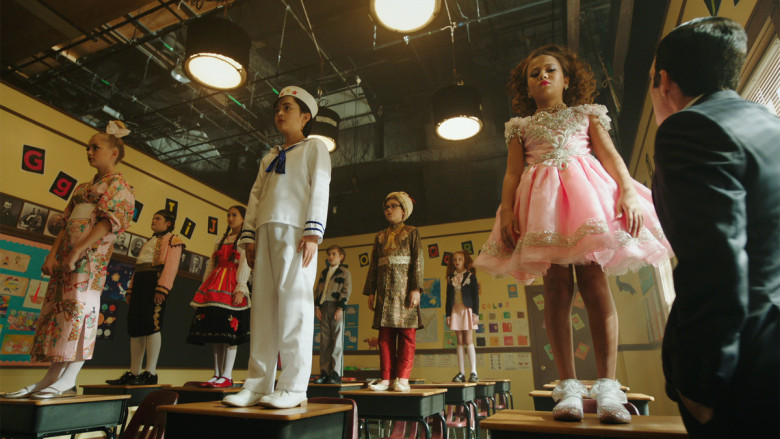 Blue drops in on Det. Merry to menace her for not telling him Sax had a kid all these years. He says she’s through and her mother doesn’t have much time left either. Blue doesn’t know that Merry’s mother is awake and listening to the threats. Mother confesses Blue was one of the men that threatened Merry’s father when she was a baby. It’s the last time anyone ever saw the hero cop alive. Merry’s mom over doses on her meds rather than let Blue use her against her daughter anymore. That’s a meaty subplot for Merry’s world and could be a game changer for Sax’s.

Everyone comes home. Jimmy comes home to Raspberry to torture Happy and other desperate IFs, Mikey shows up at Isabella’s door the same time Sax arrives outside Blue’s house ready to exchange Mikey (bluff) for Hailey. Happy gets nailed to the trophy wall with a bunch of other captured IFs Jimmy takes pleasure tormenting. Blue calls Sax’s bluff, he knows Mikey isn’t in the trunk of Sax’s car, Isabella posted a photo of her son back at her house. Blue drives away to talk with Mikey and leaves a hench team to kill Sax in his garage.

The lead hench gives Sax a moment for final thoughts. Sax thinks about the daughter he never knew and her Imaginary Friend that tried to save her. Happy cues in on Sax’s faith in his existence, breaks free from the trophy wall, impales Raspberry on his new horn, and gallops into the garage to save Sax. Jimmy and his mom (Blue’s wife,) burst into the garage creating a brief distraction for Sax to fight back against the hench team.  He takes all the baddies down, embraces Happy and their ongoing partnership to save Hailey.