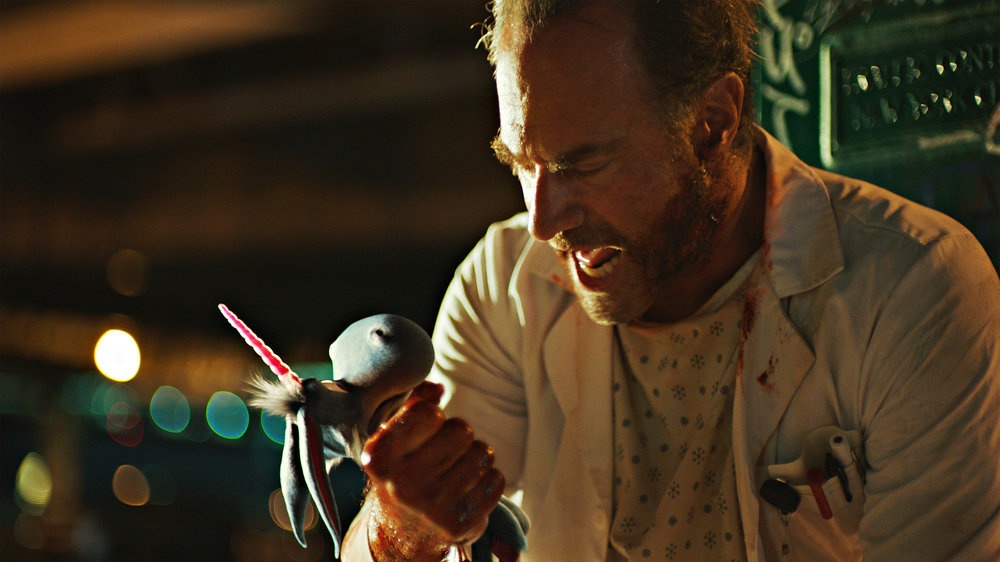 Happy! continues to guide Sax in his quest to save Hailey from a Very Bad Santa in “What Smiles Are For.” Amanda Hansen continues to search for Hailey while the police do nothing. She posts “missing” posters of her daughter in the area she disappeared from and discovers posters of several other children who are also missing. Hailey is still in her box, confident Happy will find a hero to come and save her. She speaks to another child on the other side of her box while Very Bad Santa makes creepy Christmas cards where he glues strands of Hailey’s hair to the inside.

Hailey asks the other kid if the kidnapper has hurt him, and the kid says “no.” She asks if the other kid knows what the kidnapper wants and he says, “He wants us to stay little kids forever.” That sounds creepy, but it isn’t the worst part. The voice from the other side of the box is coming from the Very Bad Santa himself. There is a telling bit in the exchanged when Hailey says she misses her mom and Very Bad Santa, answering as a kid, says he misses his dad. 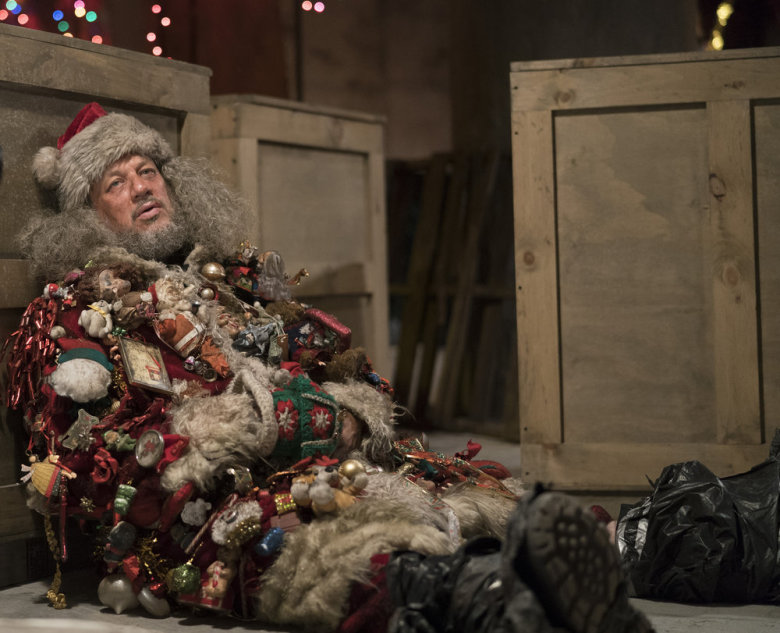 The truth is, help isn’t on the way. Sax stole Det. Merry’s car to escape the hospital hench team, but he got T-boned a few miles down the road. Then, he takes off on foot, in his hospital gown, bleeding and hallucinating. Besides the blue horse, Sax has a recurring dream that he’s on a Jerry Springer panel with men who claim kids are not really their children. Sax is adamant, he is the father of no one.

Sax heads back to his apartment for clothes and money, but he doesn’t have much of either. A group of hench are waiting in his living room. They don’t hassle him when he first arrives, he changes out of his bloody hospital robe and puts on some of his shabby clothes. He figures the goons are from Blue and they won’t hurt him, but he’s wrong, they’re from an entirely different gangster named French Ken. These hench are just as happy to kill Sax to keep him from telling Blue the password and getting an upper hand. Sax beats his way out of his own apartment. 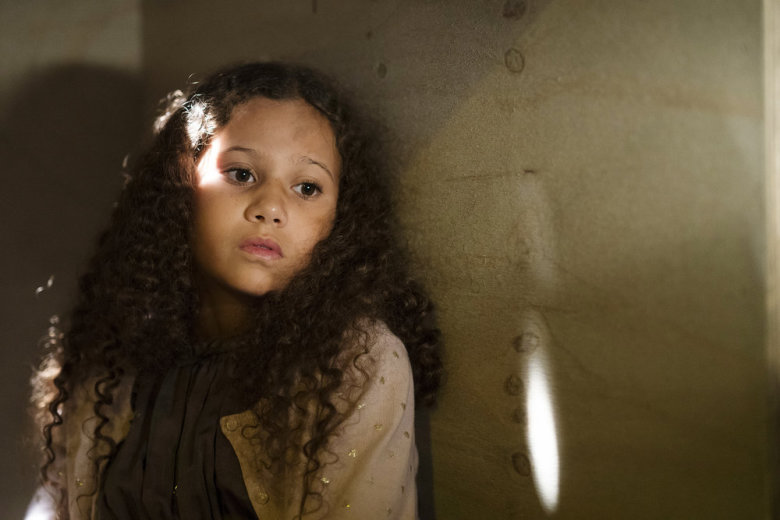 Det. Merry checks in with Blue, we still don’t know the complete nature of their relationship. He accuses her of destroying Sax’s marriage and he knows she helped him escape, in his words, “to earn his trust.” That password is the key to his rising to the head of the local mob scene. They make a deal, if Merry can get the password to him, she and her mother won’t owe him anymore. Blue agrees but confesses he sent Smoothie to stay by her mother’s side until she gets the password.

Merry’s mom is in tough shape. She lives off a large selection of pharmaceuticals. Smoothie has been good with her, but Merry still wants him gone. Meanwhile, Amanda Hansen receives the creepy card from Very Bad Santa, it has some of Hailey’s hair in it. Amanda goes to the police again, this time she asks Det. Merry for help. Merry says she’ll introduce her to the missing person’s detective, otherwise, she only works homicide. Hansen says Marry owes her, but the detective disagrees. Hansen punches her right in the homicide detectives’ bullpen. It does seem strange that nobody shows any interest at all in these missing kids, except Happy. 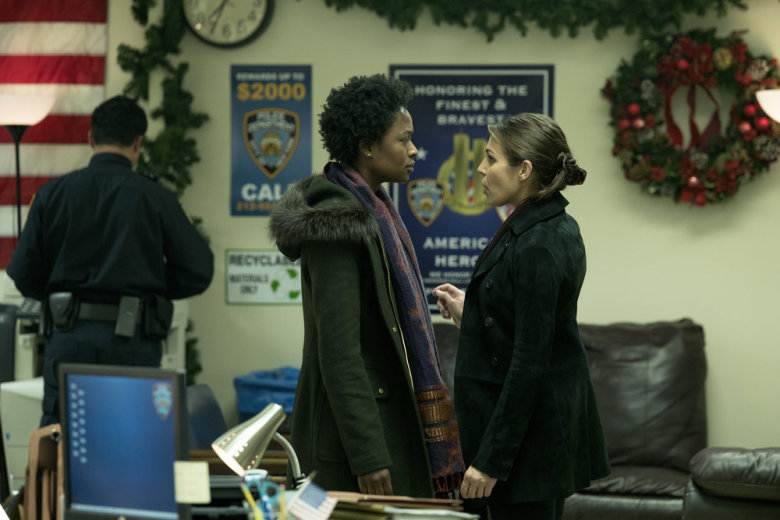 Happy follows Sax to an underground gangster poker game. Poker is hard enough, but poker with drug dealers and their hench seem off the chart risky. A man named Le Dic runs the game and he’s no friend of Sax, who is a terrible player. Sax starts off losing, but Le Dic keeps him there for Blue. Then, Sax realizes that Happy can tell him what the other players’ hand’s look like, they don’t see the blue horse. Sax wins a pile of money, but he quits when Happy accidentally snorts a small mountain of cocaine.

Le Dic can’t let him leave so Sax does what he does best, he destroys everyone in the room, cuts off Le Dic’s finger to get his ring back, and takes off in the gangster’s little car. Happy thinks they’re on their way to rescue Hailey, but Sax is actually flying out of town. Happy is disappointed that Sax is actually Hailey’s number one choice to rescue her, he isn’t the least bit interested. Happy makes a compelling argument, he notes Sax isn’t running from Blue’s hench at all, he’s running form Hailey. It’s difficult to tell if Sax buys the argument, but he does turn the car around and head back to town with Happy. We get a much better picture of the story this week, many people owe Blue and everybody has problems. We still don’t know what turned Sax into the shabby, but indestructible, chaos machine he is today. We don’t know what his perfect Sunday looks like.