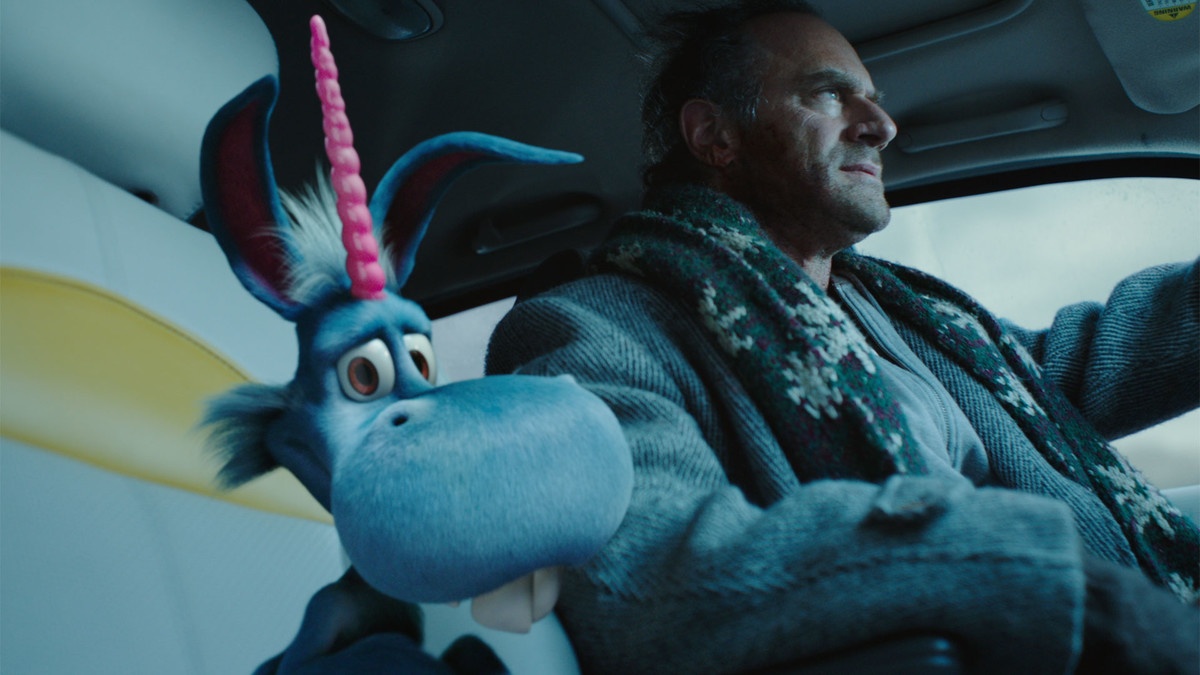 Happy! continues to guide Sax on his quest to save Hailey from a Very Bad Santa, “When Christmas Was Christmas.” Comics have a terrific history in dark, brutal, crime stories. Warren Ellis’ “Scars” made me sad for the world, and that was after a tour hunting war criminals in Bosnia and surviving daily attacks in Mosul. Grant Morrison’s Nick Sax is sewn into the crimes that warped him on a spiritually destructive level. It is a fun show, but it also drives deep into darkness. On screen, you have to give Meloni credit. We’ve seen current Sax; blood stained, urine soaked, vomit crusted and still seemingly immortal.

This week, we get a clear (flashback) picture of the “before” Sax. He wasn’t a naïve cop but he clung to his mission, protect the defenseless. Sax could go home at the end of the evening to Amanda Hansen, at a minimum, she cared about, tolerated, and treated him well. Sax repaid her by screwing his partner, Det. Merry, in the evidence room. Merry and Sax worked well together, but “love” doesn’t properly describe their relationship. Sax and Merry respond for the third time in recent weeks, to a domestic dispute at the apartment of Landon and his baby-mamma, Coco. Landon, a connected lawyer, is high on eight ball. He yells at the crying baby and abuses on young Coco. 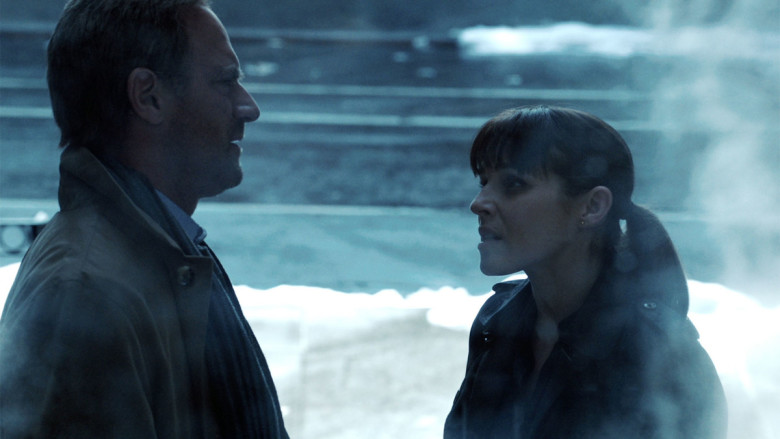 Landon threatens to make a call and have Sax fired, Sax makes his own threats too. If he gets called back, it won’t end well for Landon. Nothing could be truer. Meanwhile, Amanda learns she’s seven weeks pregnant. She visits Sax at work and brings him a gift, it’s Christmas and she remembers he said he liked reading Cheever. Sax doesn’t have time to talk, but Amanda tells him it’s important they talk later. Before Amanda leaves, she sees Sax and Merry together, even in the detective’s’ bullpen, they are very close.

Sax and Merry get called back to Landon’s apartment. He’s high again, sitting on his sofa in a blood-soaked shirt, bloody arms and hands. Sax does a quick search, Coco is dead on the floor, but he doesn’t hear any sound of their baby. Then, Sax notices the baby bottle next to the microwave, blood seeps from the hinges. Sax drags Landon into the street and beats him against the concrete stairs. We don’t see if Landon dies, but we do see Sax at home later. He’s watching a bag of popcorn pop in his microwave. 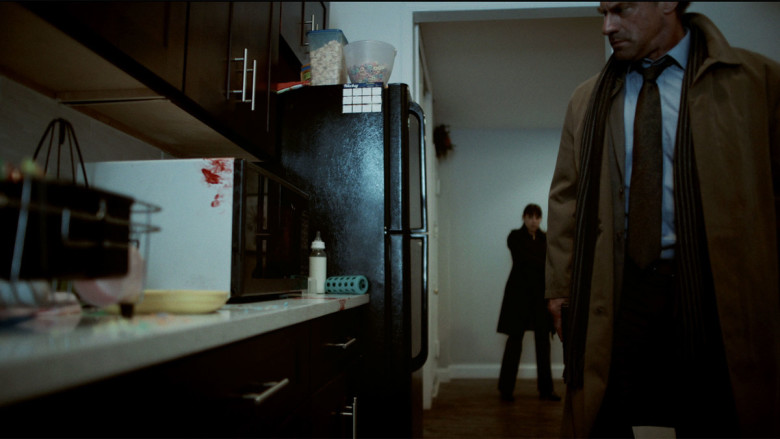 Sax sits on the sofa in a daze and Amanda reminds him he agreed to talk. Sax doesn’t want to talk now. Amanda allows him his silence but she gives him some questions to think about. What if there was another stocking on the shelf? Sax gets where the questions are going, but not why. He goes on rant about bringing an innocent child into this world. Sax never tells her what happened at work, he doesn’t have as much emotional intelligence as Amanda. This is the preview of the Sax of Christmas future.

Present day Merry doesn’t press assault charges against Amanda and agrees to help investigate Hailey. Marry has no sensitivity for the horrible situation. She digs at Amanda’s ability to pay attention to her missing child, and she wants to know if Hailey is Sax’s kid. The one helpful thing she offers, there is another missing child and the parents haven’t received their creepy Christmas card yet. They go to Baker’s house to question the parents and wait for the Christmas card to arrive. Penny disappeared while at the mall looking for a new winter coat. Amanda hears footsteps in the attic and finds Penny. The Baker kidnapping is a hoax. 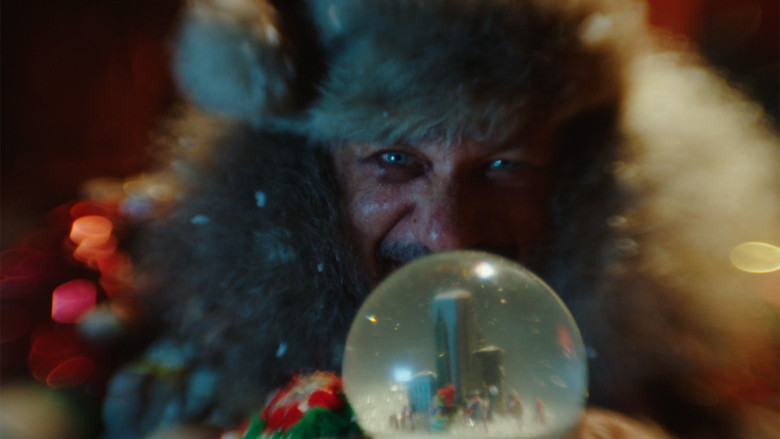 Current Sax drives Le Dic’s stolen car back to the city and brings his peculiar brand of mayhem with him. In gridlock, he steps out of the car to pee, later he crashes it in a brief chase from the cops. He does some actual sleuthing and learns about his target. Sax takes Happy to meet with Emil, a talented sketch artist, to make a perp likeness for Sax to show around. It looks like an angry, semi-monstrous, Santa. He checks in with his blow-job specialist (remember the lobster guy) now blowing as a teddy bear.

The fuzzy pro doesn’t recognize the man from the sketch and she generally keeps clear of Santas. However, she knows of a bar that caters to Santas, a strip club called “The North Pole.” Sax is happy to question the bar tender at “The North Pole,” he’s nineteen hours without a fresh up. One of the private dancers suggests Sax talk with Mrs. Claus, she’s worked there a long time and if there’s a creepy Santa roaming the neighborhood, she’d know. Mrs. Claus does not recognize the face in the sketch, but she tells Sax a story about a demented Santa who worked the Holiday season at Gimbels decades earlier. Bad Santa was caught assaulting kids and eventually hung himself in the lingerie department. Sax doesn’t make the connection but Mrs. Claus suggests he might be looking for the son of piñata Santa. 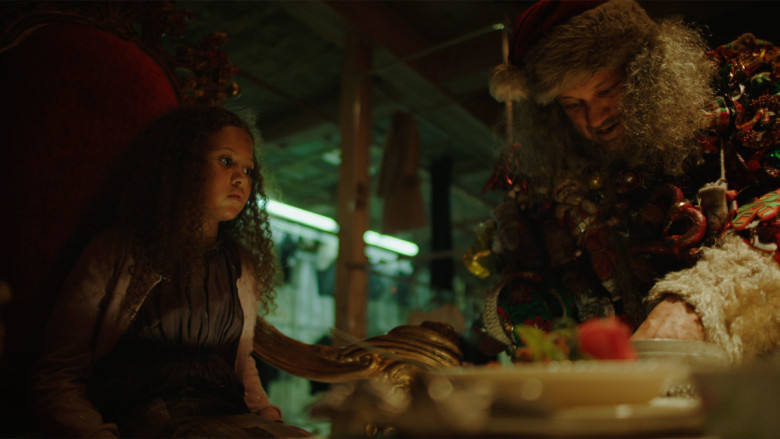 Meanwhile, Very Bad Santa pulls little Hailey from her box and makes her eat fruit cake. She resists at first, she’s a tough kid who thinks her hero is en route. Then, Very Bad Santa chats with his sock puppet, his voice transforms back to the child’s voice and this time she eats. They pretty much doubled his creepy factor with that move. The fruit cake is drugged and VBS asks Hailey about this hero father rushing to save her. He’s got more surprises.

Sax steps into the alley to pee, he hears the creepy jingle bells approach from behind. Very Bad Santa attacks, he’s much more powerful than Sax and eventually, he abuses him into submission. Happy rushes to check on Sax and VBS sees him. Hailey sees Happy, so do Sax and Very Bad Santa. Later, Blue checks in with Merry and she reports she has a new way to get to Sax. She can’t be that heartless.