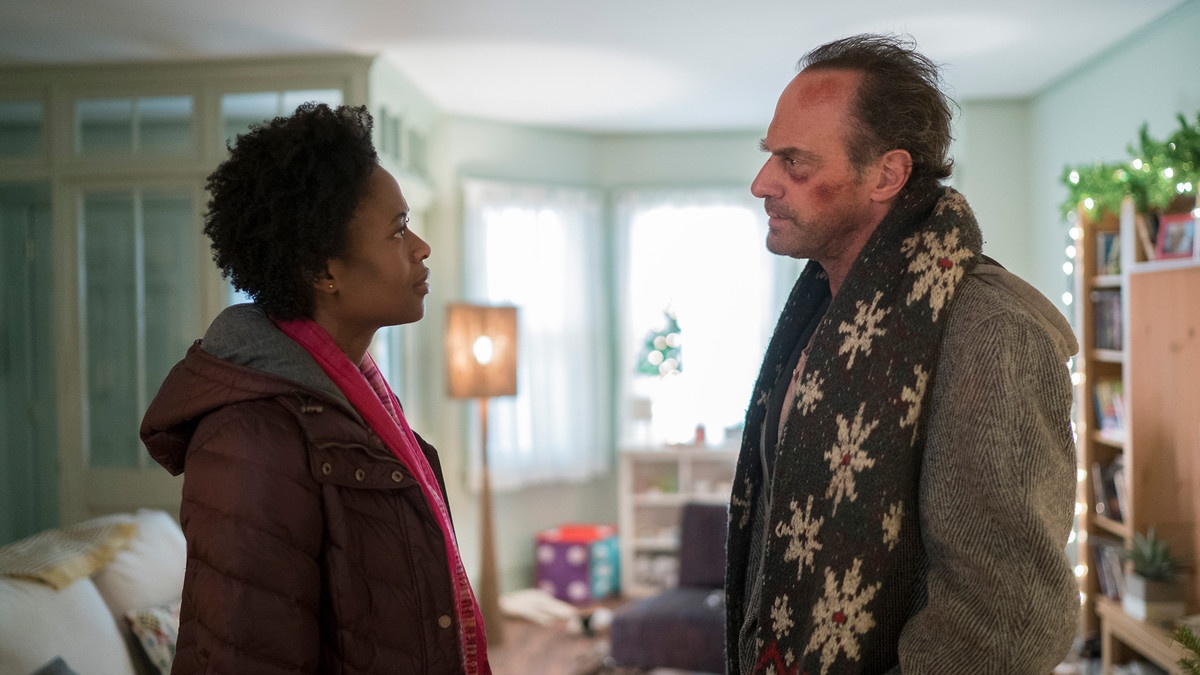 Happy! keeps Sax moving towards the spirit of Christmas with “White Sauce? Hot Sauce?” I consider Morrison a tier one storyteller and the Happy! team writes skilled, tricky narrative nuance. Visually speaking, the blue unicorn team is doing fantastic work. Happy is a convincing character in this series. This week, it’s Detective Merry that has me twisted. She has an obvious dark side and a history of stirring chaos but there are other hidden sinister-adjacent elements to her soul. We know what Sax is and have just as good an idea about Amanda but we’re just scratching the surface of Merry.

Sax questions Merry’s presence at the abandoned Gimbles lair. She admits she’s investigating Hailey’s kidnapping at Amanda’s request. Sax doubts Amanda would ask Merry for help, even though she did, but he suspects Merry has an alternate agenda; which she does. She pulls a gun on him and orders him to call Blue, but Sax head-butts her lights out and leaves her alone with the empty crates. Merry is still unconscious when Smoothie arrives to torch the joint. He finds her before he lights it up and drops her in the snow on her father’s grave. She wakes, with whiskers drawn on her face, a little while later to eight missed calls from Internal Affairs. 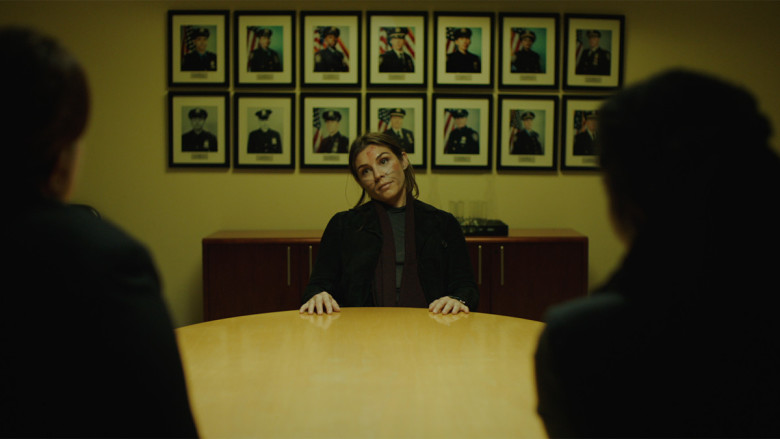 Merry shows nothing but contempt for the two women IA. At first, they want to know why a homicide detective is working a missing persons case instead of tracking down the prime suspect in the Scaramucci murder, Nick Sax. Merry hints these two planted evidence that ended Sax’s career. There’s a little tough talk but it ends with the women from IA coming right out and telling her to walk away from the missing children case. They don’t deny working for Blue and the threat is clear. At this point, loyalty doesn’t seem to be anything Merry wrestles with, she’ll do what’s right for her.

Sax and Happy head to Amanda’s house, he hasn’t talked to her for ten years and he’s afraid to start now. Happy helps him keep his courage up and reminds him only Hailey’s safety is important now. Sax rings the bell and it turns out he was correct, she doesn’t want to see him. Amanda assumes Merry told him Hailey was missing and Sax says nothing about Happy finding him in the ambulance. She says she’s heard how he makes a living now and did her best to keep Hailey away from him. She’s about to kick him out of the house when a Ninja chops through the front door.

Sax takes on the first Ninja, but there are more. Amanda goes one on one in the kitchen and a third, biggest one yet, crashes through the dining room window. Note: Why smash through the window when the door was already breached? After the fight destroys the lower level, they head upstairs to demolish Hailey’s room where Happy hides under the pillow. Amanda and Sax defeat the ninjas, but the house is pretty much destroyed. She calls 911 and orders Sax to leave. 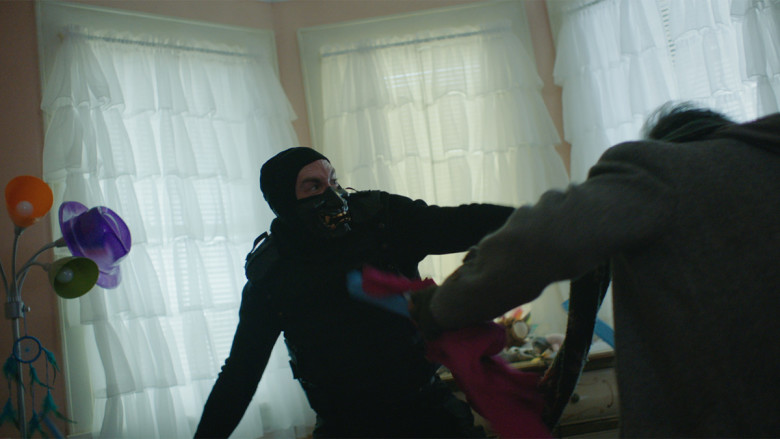 Merry arrives after the 911 call. She asks Amanda to sit back quietly, like the other seven pairs of parents and let her do her job. She also warns Amanda that the kidnappers have powerful connections, make too much noise and they won’t think twice to silence Amanda for good. Amanda realizes Merry can’t be trusted, she kicked the wrong person out of her house.

Sax and Happy head to the subway station. He doesn’t have anymore leads, neither does Happy. Sax laments the savage world but Happy sees people filled with holiday spirit, love, and generosity. Then, the power goes out and there is announcement of future train delays. Sax challenges Happy to the circle the crowd again and see how quick they descend into scared, angry, mean, and faithless humanity. For the most part, he’s right. The subway crowd is in no mood to be held up for a few minutes. Sax jumps onto the subway tracks and rests his head on a rail. The power returns and the train is only a few minutes away. Happy tries to convince Sax to get up, but he refuses and tells Happy to get lost. Happy disappears. Where does he go when he can’t return to Hailey? 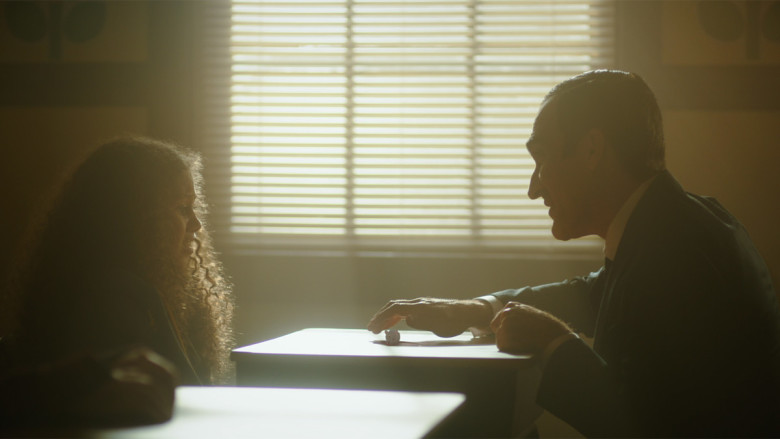 Sax decides to get off the tracks but he’s too wounded and sloppy to pull himself out as the train speeds closer. Then, the bickering subway crowd grabs his arms and pulls him to safety. A decent show of humanity, another crowd might have just pulled out their phones and filmed it. Sax hits the street and calls out to Happy, but he doesn’t return. Then he hears a food truck cook signing “Blue Christmas” and Sax remembers he met Very Bad Santa back when he first started working for Blue, but he thought the guy was creepy and didn’t want to partner up with him. Now, Sax is positive Blue is connected to the kidnappings. As he makes those vital connections, a naked, dead, Mikey sits down on the bench next to him and jerks off, ya’ know, holiday style.

Finally, Very Bad Santa drops the eight kidnapped kids at their new home. It’s a classroom, clean and stocked with puzzles. Smoothie wheels in a TV and VCR with a message about how they’ve been bad, poorly disciplined kids. He brings in cake for seven of them and leaves the room. Hailey feels less optimistic about her chances of rescue now and one of the other kids east her piece of cake.