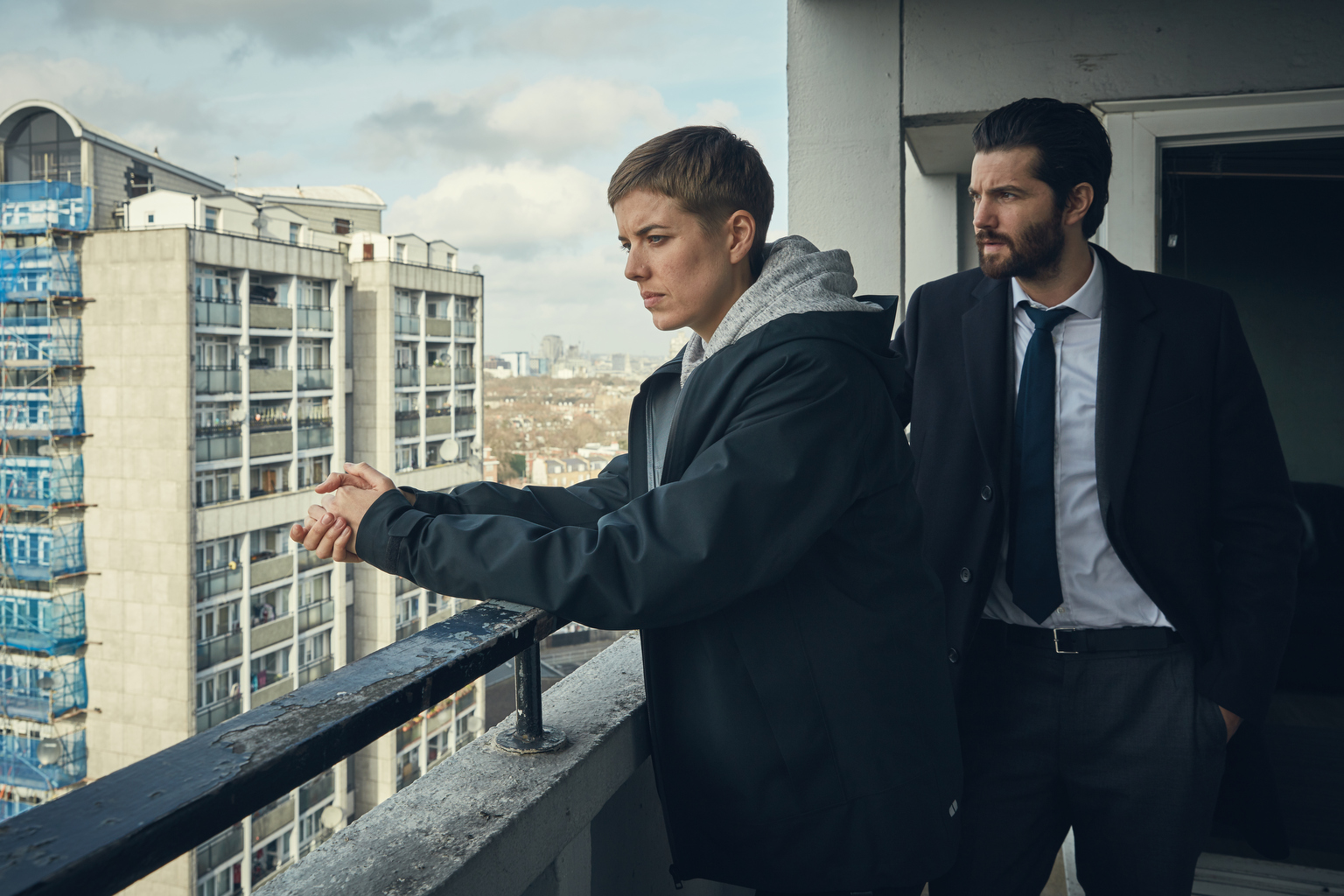 Hard Sun is an interesting mish-mash of science fiction and British crime series.  It is set in modern day London, and comes from the mind of Neil Cross, the creator of Luther.  From the very first shot of the series we see Nikki Amuka-Bird, who plays a mysterious and creepy MI-5 agent, staring at a computer monitor that features a close up view of the sun, undulating and flaring up.  These first few seconds immediately establish that this isn’t just an ordinary crime show.  There’s something larger, and more ominous at play here.  It’s something with global ramifications, which at times during the series lends whatever our main characters investigate nearly a moot point. 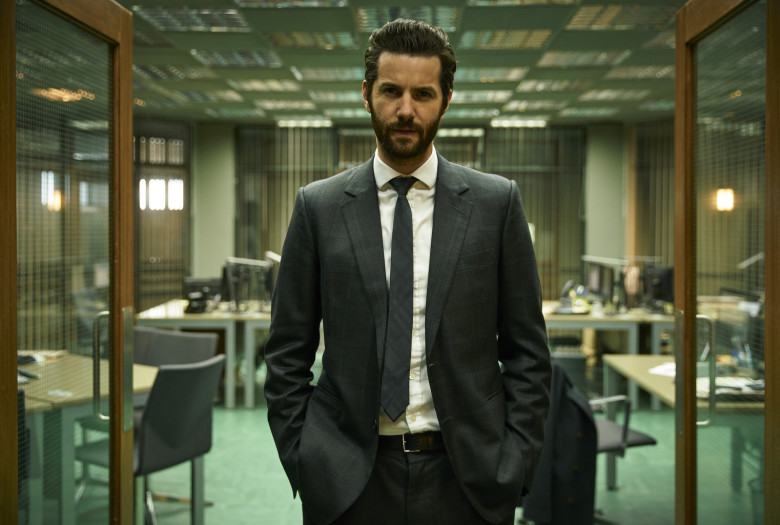 Detective Chief Inspector Charlie Hicks (Jim Sturgess) has recently lost his partner.  He’s got a pregnant wife at home, and must do the impossible job of grieving his dead friend while still being present at work. There’s a darkness to his persona as played by Sturgess, that creates a barrier between himself and others.  He walls off parts of himself, never fully showing all of his cards to anyone, even his wife.  Early on he’s shown doing something unethical, and a cloud of intrigue and possible corruption follow him around like a fog from that moment onward.  To complicate matters, he’s also having an affair with his late partner’s widow.  His superiors believe Hicks may either know who killed his partner, or may have been the triggerman himself.

Detective Inspector Elaine Renko (Agyness Deyn) arrives to become Hicks new partner.  Hicks doesn’t trust Renko from the moment she arrives.  He’s concerned she’s been brought on to investigate him for a murder he continually denies having anything to do with.  Renko has skeletons in her closet as well.  The first scene we’re introduced to her in, she’s attacked and nearly killed by a young man we soon find out is her own son.  By the end of the first episode it’s clear she’s compiling evidence to prove Hicks killed his partner, and is working for their boss to do so.  The thing is, the higher ups have something over Renko.  A trade off has been made.  If she can prove Hicks is a murderer, her son won’t go to prison, just a psychiatric hospital. 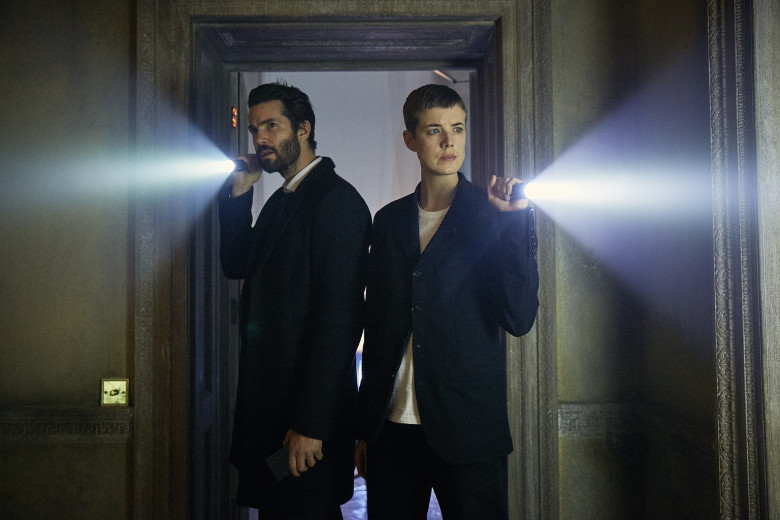 Though suspicious of each other, they still have to work together, and this work brings them to a murder scene that doesn’t make much logical sense.  The kid who died was a hacker, and they figure a hacker friend of his killed him for information he found that could be sold for a lot of money.  What they didn’t plan on was this information would be a highly classified document detailing how the human race will be annihilated in five years, or that MI-5 would start killing everyone who came into contact with the information in order to cover it up.  Imagine if you will Three Days of the Condor meets pre-apocalyptic science fiction.  It’s an intriguing premise, and sets up two characters who already can’t trust each other to have to work together to stay alive after viewing the documents.  They are now the only people they can talk to about what they’ve seen.

It’s an intriguing premise, but Hard Sun has a hard time pulling off the balance between the crimes Hicks and Renko try to solve (while constantly suspicious of each other), with the way MI-5 attempts to play the detectives against each other to get back the flash drive with the entire Hard Sun file on it.  While Hicks and Renko try to stay alive and protect their families, which includes leaking news of the impending extinction of humanity to the press, MI-5 uses every bit of damning information it has on these two in an attempt to manipulate and coerce both of them to return the classified information.  MI-5 is able to spin the news coverage until the majority of the public treats Hard Sun like a hoax, but the conspiracy nuts come out of the woodwork believing the end is nigh, and lose all inhibitions when it comes to murder, anarchy, and suicide.  Troubles brought on by these believers keep Hicks and Renko busy throughout the season as they also jockey for leverage against MI-5. 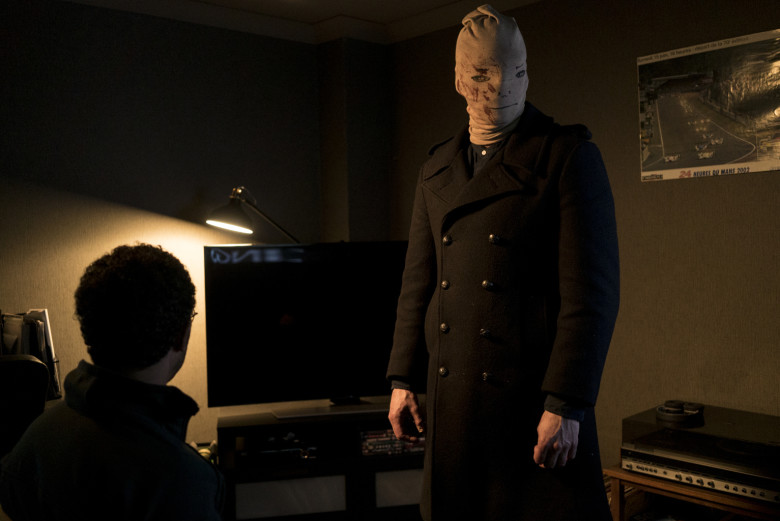 One of the more disturbing aspects of Hard Sun is how it treats mental health issues.  Daniel, Renko’s son, at some points appears schizophrenic, and at others just homicidal.  He dips in and out of moments of lucidity and violence, but has no diagnosis other than being angry Renko put him up for adoption.  There are several criminals Hicks and Renko face in this first season, and nearly all of them have some emotional or mental instability.  Some are angry with former lovers, others at God, and some just want to check out of a world they already believe is dying.  No one really knows what the event is that precipitates the annihilation in five years time, and it isn’t revealed until the final scene of the season. 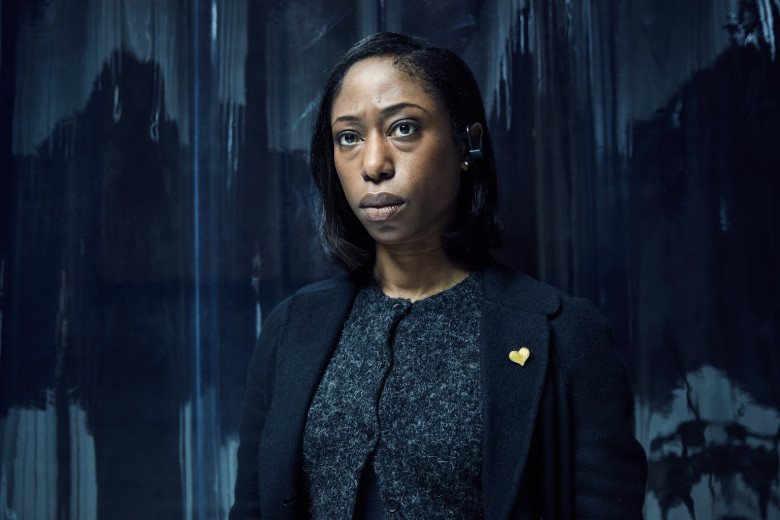 Hard Sun starts off with a bang, and the premise shows a lot of promise, but somewhere along the way the show loses its balance.  Everything becomes meaningless if humanity is doomed to extinction in five years, so does it really matter if Hicks killed his partner or not?  Not really.  Any tension this may have had evaporates in the face of an inescapable planet doomed to destruction.  It’s too bad because both Sturgess and Deyn are really good in Hard Sun, especially when they’re not giving each other sidelong glances of unease.  Amuka-Bird is wonderfully chilling as the mysterious nameless face of MI-5, but in the end even her diabolical plans can’t save Hard Sun from being nothing more than just mediocre.