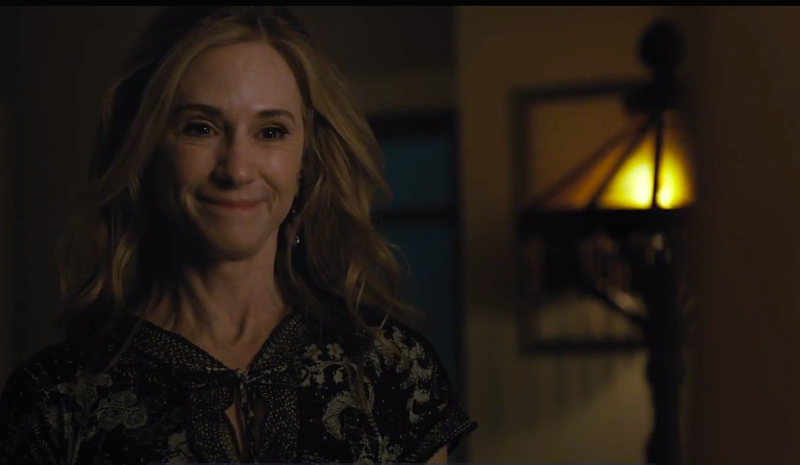 HBO’s new family drama Here and Now, from creator Alan Ball (Six Feet Under, True Blood) feels like it does not know what it wants to be. The series centers around a multi-cultural family in present-day Portland, the Bayer-Boatwrights. Matriarch Audrey (Holly Hunter, fantastic here) is throwing a 60th birhtday party for her philosopher husband H. Gregory Boatwright (Tim Robbins), for which their entire family will be present. The first episode introduces us to their four children the adopted Ramon (Daniel Zovatto), Ashley (Jerrika Hinton), and Duc (Raymond Lee), and their one biological child, Kristen (Sosie Bacon), the youngest at seventeen, as they all make their way to the party.

Oh, and Ramon is having haunting supernatural visions.

It seems so out of place with the rest of the tone of the show, like Ball somehow dropped a page from True Blood in the mix by accident and then just went with it. It should be noted that the very first scene of the series was a freaky dream sequence–Ramon sees a woman he does not recognize calling to him in a language he does not know, scratching her face with her own fingers, leaving deep gashes on her right cheek. So I can’t say the supernatural comes out of left field, especially when the very next scene had him remarking that some invisible force moved his head to make him see the time “11:11” on the digital clock in the coffee shop he was at. Still, with this lead off, and the element of the supernatural disappearing for large chunks of the pilot while other more grounded characters and storylines are introduced, makes it all feel clunky. 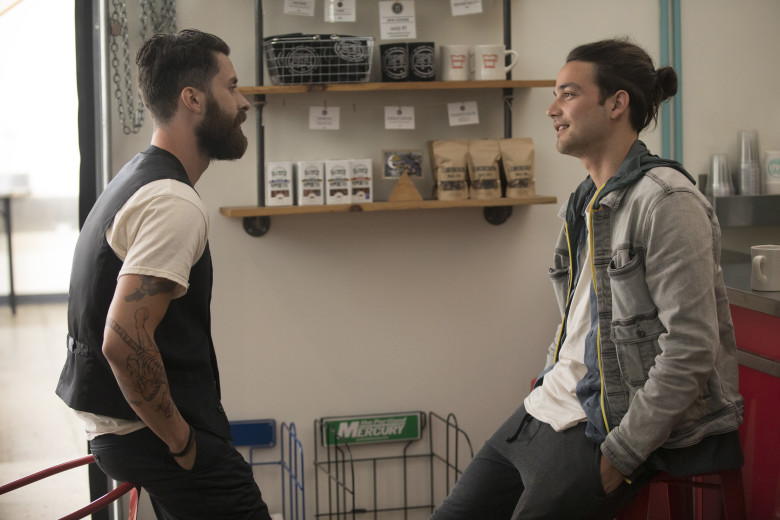 Ramon is a gay college-aged guy, adopted by his parents from Columbia, and has always been passable as white. He has been flirting with Henry, the barrista at his local coffee shop for weeks now, and Henry sort of invites himself over for Ramon’s father’s sixtieth birthday party that night.

In the car bickering we first meet mother Audrey, and teenage Kristen. They go to a party store, picking out decorations for that night. Audrey comes off as a control freak and is very concerned with appearances while Kristen is a virgin who has recently discovered she loves getting high. Kristen is the only biological child of Audrey and Greg, and thus the only white one.

Moving on, we meet Ashley (adopted from Liberia), who works as either a designer or producer for some sort of fashion company. She’s married to a white former-Republican and they have an adorable little girl, but we don’t learn that until after she hits on the male model at her company, inviting him out for drinks (and so she can get a bump of the blow he has). Duc (adopted from Vietnam) is a successful therapist/motivational coach who has sworn celibacy for some reason that remains to be revealed. He also has no problem doing lines of coke before his dad’s birthday party with his sister Ashley and a guy they just met.

And the patriarch himself, Greg, is a philosophy professor who only smiles when face to face with a doting acolyte of his. We first meet him playing Bejeweled on his iPad in his office when a student comes by with a First Edition copy of his book to sign. Greg gladly does and invites the kid to the party that night. The rest of the episode Greg just mopes around, even when having sex with an Asian escort he sees regularly.

Once they are all gathered in one spot for the party, I was waiting for things to take off. They never really did. While the actors are all doing a great job at making these relationships feel real and lived-in, I didn’t see a whole lot of conflict, which would have kept my attention better. I saw a lot of foundation for future conflict, but who knows how many episodes we’ll be waiting for that? I read somewhere that TV shows now, especially in the binge era, don’t feel like they need to justify why any one hour of television needs to be its own stand-alone episode. Seasons of television now are just a bunch of things that happen to characters along the way to something finally exciting happening, all bleeding into one another, nothing distinct from one installment to the next. It feels like this show might be that, and Alan Ball realized it, and then injected it with a supernatural element at the last minute.

At the party, Ramon sees 11:11 again, but now when the flames on four candles fire up to look like ones, then float towards him threateningly. The meltdown leads his parents to take him to a psychiatrist. Audrey is ready to diagnose the kid with schizophrenia; Greg seems more willing to chalk it up to something more spiritual. However, when Ramon sees the woman from his dream (the one who scratched her own face) in a frame in the therapist’s office, he agrees to talk to him one on one. The episode ends with Ramon asking who the woman is. “My mother. Why?” the therapist responds. And we’re out.

I guess that was enough to make me curious about the future episodes. This kind of just feels like Transparent in its family history and relationships, but if the Pfefferman’s were somehow on the island from Lost. Overall, it felt like a messy opener that didn’t really wow me in the end like it seemed like it was trying to. But I’ll stick with HBO and Alan Ball a few more episodes, for sure.