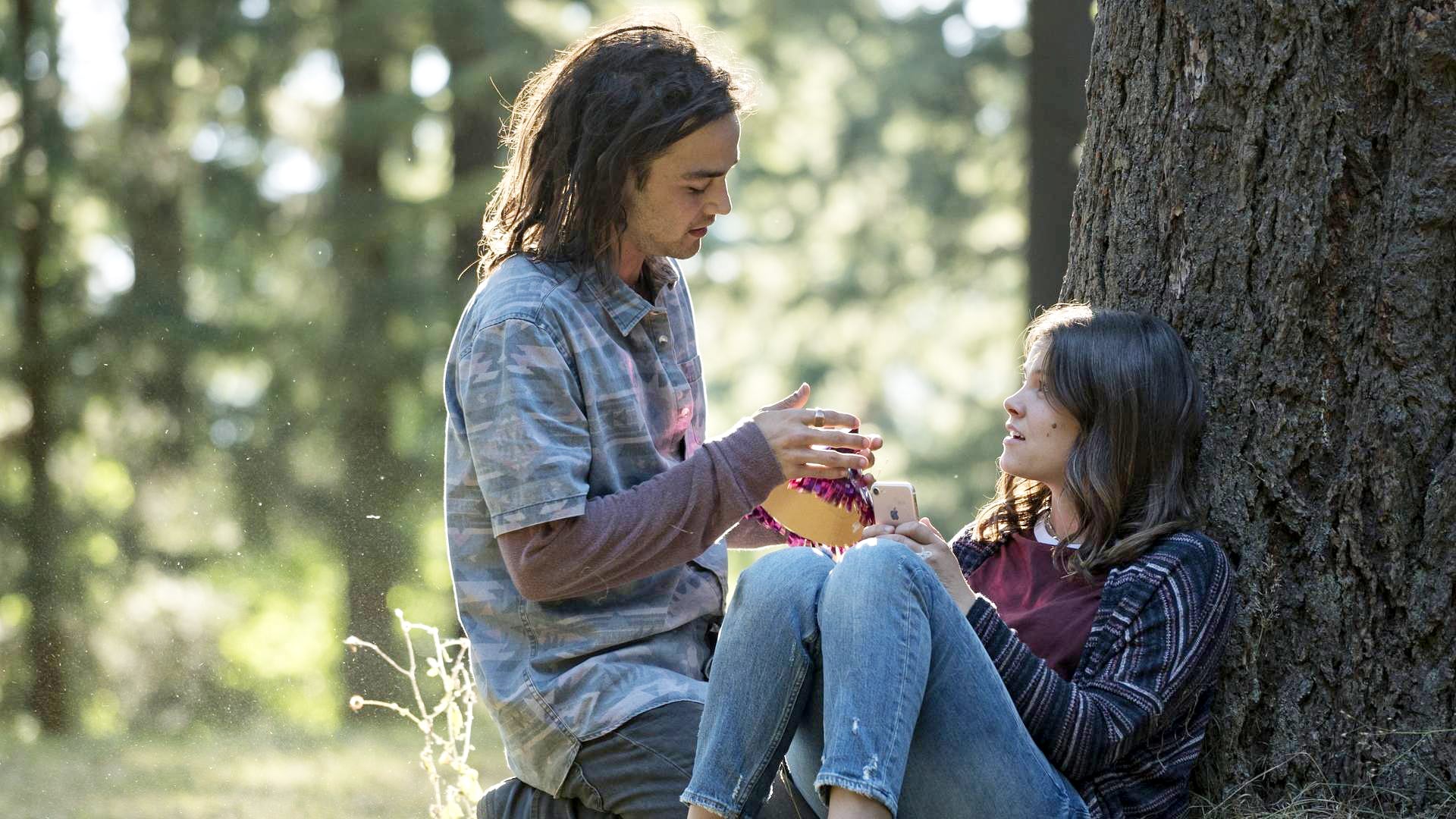 Four episodes in, a freshmen series seriously needs to justify the time investment viewers have put into the show, and ostensibly will if it continues beyond its first season. I have to report that with “Hide and Seek,” HBO’s fourth and latest installment of new Alan Ball run series Here and Now, it is beginning to feel like this whole thing is just a big waste of time.

I don’t know who the characters are beyond their surface, and even then the characters seem to serve the writers’ agenda of putting forth ideas to the audience, not characters in and of themselves. And if you think about it, the ideas these characters represent aren’t all that deep, anyway, and at times stereotypical. Duc, the adopted Asian child of Greg and Audrey Boatwright, is a relentless over-achiever who expects perfection, or at least the strive for it, in everyone he encounters. Ashley, the black daughter, is confrontational, self-sabotaging, and impulsive. Ramon, the Latino, has a fiery passion for his work and lover, and the tendency to listen and follow his heart, not his head. But beyond this we know very little specific details about who these people, or anybody on Here and Now, are.

This episode does nothing to cure that. And as though the character issues weren’t bad enough, the episodes fall into a familiar routine. Each hour-long installment seemingly leads up to some excuse to get the entire Bayer-Boatwright clan together, someone gives a speech, and something supernatural (seemingly) happens. This week follows that exact pattern, the get-together being Malcolm and Ashley’s daughter’s birthday party in the park. 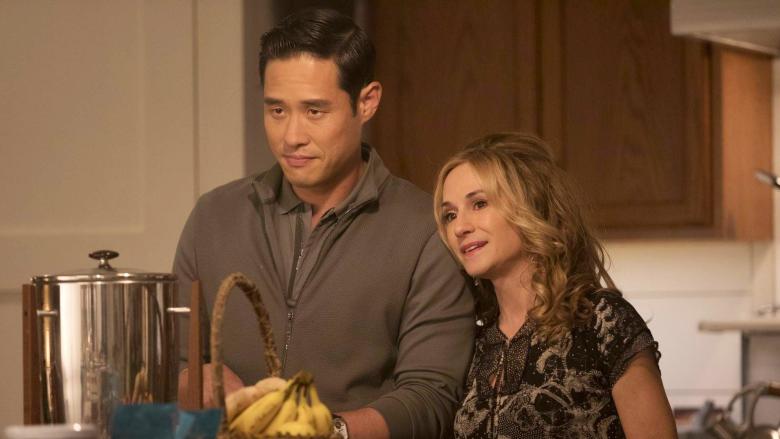 Speaking of Malcom and Ashley, they have trouble this week with getting any of their daughter Hailey’s four-year-old peers to come to her birthday bash. They argue for the majority of the episode over whose fault it is that the parents of these kids won’t even come near them. Ashley has yet to prove herself to me even remotely likable so that seems like a sufficient enough answer to me, but of course this whole show seems to be about looking for more meaningful answers that, at least thus far, just don’t appear to be there.

Another failed storyline this week saw the newly self-medicating Dr. Farid Shokrani at a dinner with his wife and her imam. Last week we learned about Farid (Fred) and his beef with Muslims; he’s got some wicked scars on his back to justify that. So when the subject comes up at dinner, he doesn’t hesitate to cause a stir with the white imam who “studied” the turmoil that Farid actually endured. It’s clear that his wife Layla is all starry-eyed for this particular imam, so she is very embarrassed by Fred’s behavior. “You dishonored me,” she tells her husband. But we don’t have any substance of their personal relationship to grab on to to feel bad. All we know is that they are Muslim.

At least Greg, the patriarch, is becoming a shred more interesting. After rekindling their romance sexually last week, he and Audrey have a renewed affection for one another. This is very far from where we first met gloomy gus Greg Boatwright four episodes ago. In fact, when his teaching assistant Michael wonders whether proposing to his girlfriend would be a meaningless grand gesture, Greg downright has some newly found optimism in his response, telling him that marriage is the expression of humanity’s greatest ideals: “loyalty, fidelity, courage.” We know he cut things off with the escort he had been seeing regularly after his and Audrey’s love making last week. But I wonder how long will he stave off infidelity? It is bound to come calling for him again. 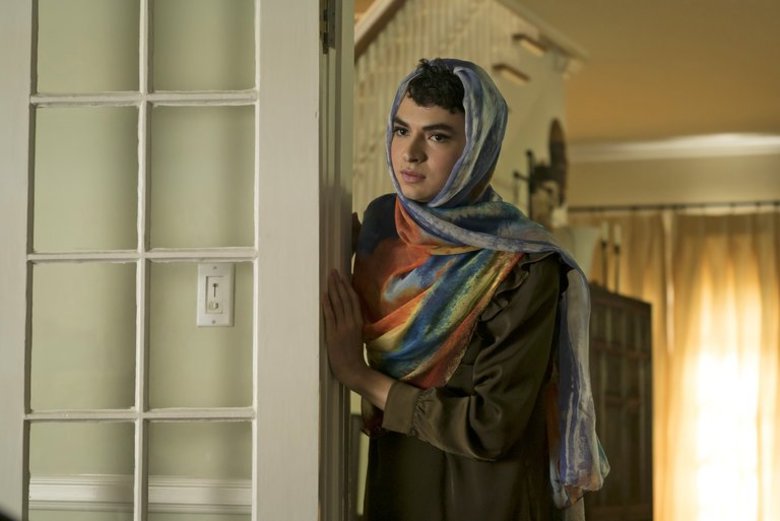 And in one of the more entertaining threads of the episode, Kristen and Navid partner on a school project, that of course has Kristen asking all sorts of excited questions of Navid. Navid, Fred’s son, is an interesting character. But again, all we really know about him is he is a Muslim and he also considers himself gender-fluid. He wears a hijab and eyeliner. Navid’s genuine interest in Kristen is endearing, though her interest in him a little less genuine for the time being. I do find myself interested in where this friendship could possibly go.

In the end, the Boatwright’s all gather at the park they have all had birthdays at since they were kids. It’s a beautiful day. Sadly, Ramon and new boyfriend Henry are on the outs after Henry strangely picked a fight about Ramon’s interest in technology, after which he disappears. So going stag to the four year old’s birthday, Ramon finds himself wondering into an abandoned building during a game of hide and seek. And there he begins to hallucine, if that’s what it is, once again. This time it’s his own mother, calling him “mijo,” and scratching her face just like he saw Farid’s mother scratch hers in his vision.

What does it mean? I have no idea. I have no idea what any of it means, what any of this is getting at. Again, the supernatural element seems tacked on. The other more philosophical musings are either too on-the-nose to provoke any interesting thought, or so vague I feel like I’m missing the writer’s point half the time, and it’s no fault of the viewers. The series needs to make some fundamental changes if it wants to win me over before the season ends.