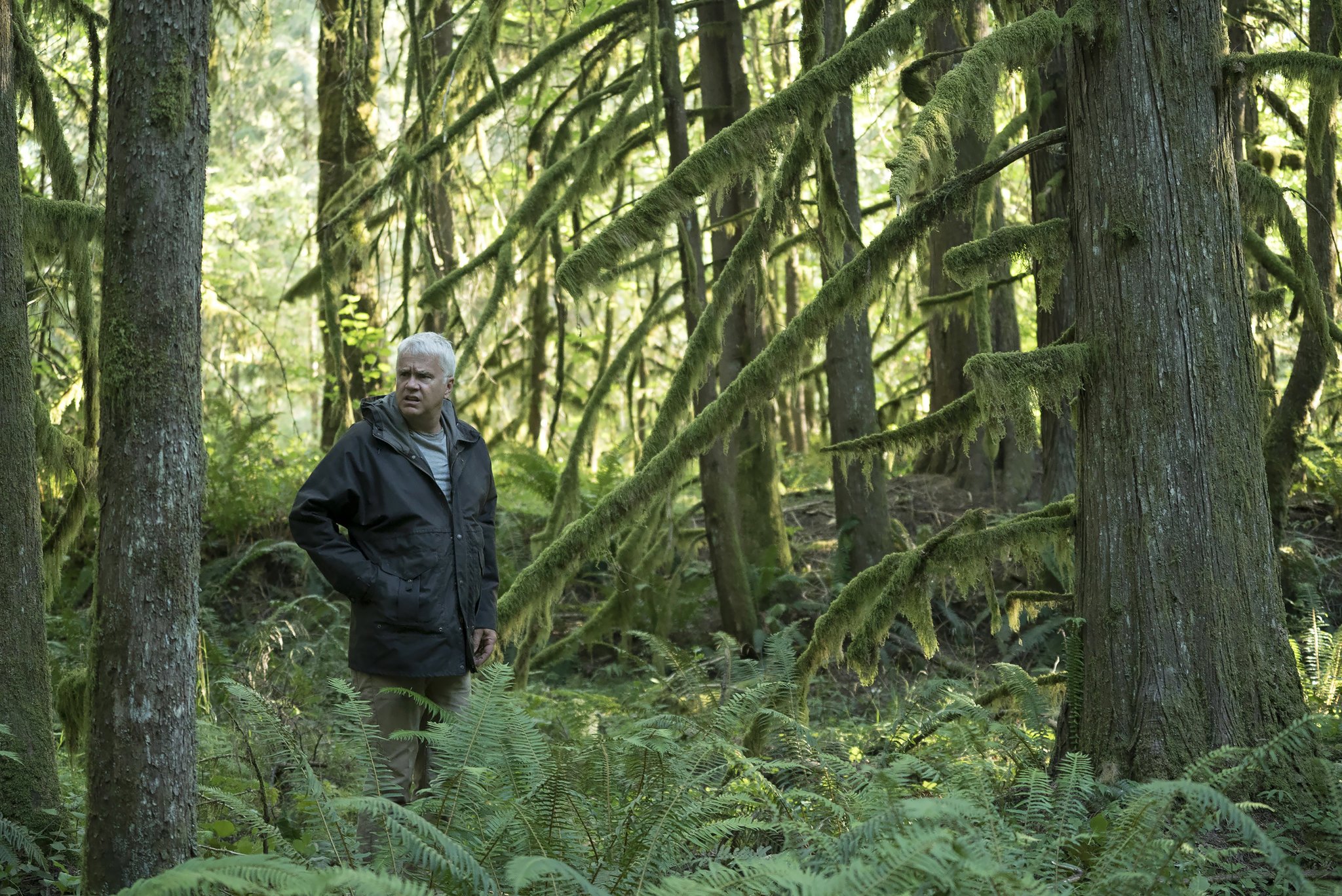 This show truly suffers from trying just a little too hard. It seems like Alan Ball is trying to somehow cram every modern hot-button issue into one series. And on top of that he is trying to touch on every major philosophical debate. And then on top of that there’s some weird supernatural thing going on. It’s just all too much. There are too many characters, too many subplots, too many unanswered questions, and not enough substance.

This week begins where last week left off, with Boatwright patriarch Greg driving to speak at a conference but purposefully detouring away from the GPS directions when confronted with an “11 11” sign. He comes across an elegant deer in the middle of the road and decides to follow it into the woods. He soon finds himself lost and ends up spending the night on the forest floor. When he wakes up the next morning, he is confronted by the deer again, only to witness it take a huge dump. Greg soonafter finds his car and heads to his conference.

A lot of the episode is focused on Greg and what he is dealing with. He is there to debate someone on the subject of optimism; clearly Greg is having none of this. He tells the audience that anxiety is a completely appropriate response to today’s world, but the younger author reads some of Greg’s own words back to him: apparently there was a time where he thought that joy was the only way to deal with a dark and failing world. That doesn’t seem to sit well with him. 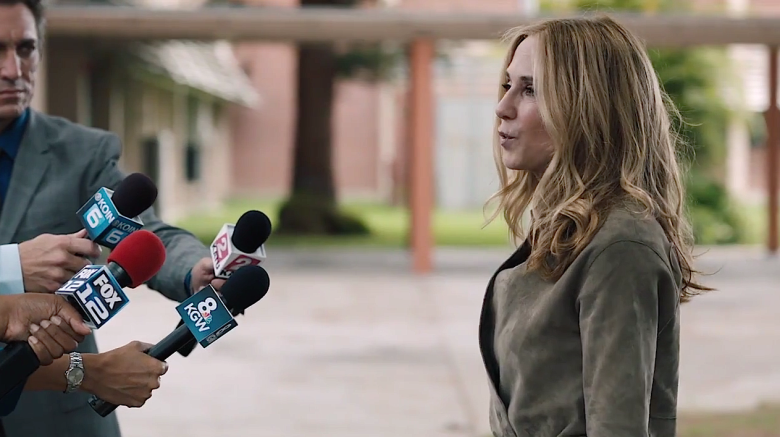 Greg’s wife Audrey isn’t doing too much better. Last week she had to step in as a conflict mediator at the local high school when minority students were offended by a straight white European heritage club. This backfires and someone hangs an effigy of a black person on a tree on school property. When she is interviewed by the media, she goes on record saying if it was some students at the school who in fact did this, they should not be tried for the crime. Audrey believes that they are young and make mistakes and it is their duty to help them, not put them in the judicial system.

This obviously doesn’t go over well, and she is actually let go from the school. Feeling devastated she calls her husband and tells him it would be nice if they could have sex. He drives home only to discover he’s out of the little magic pills he uses, but coerces her into just hanging out with him, not doing anything. It’s actually one of the best scenes of the series yet, thanks to Tim Robbins and Holly Hunter playing it with such tenderness. In the end we see Greg, who has been carrying on an affair with an Asian escort, emailing her to tell her he is ending it.

The rest of the episode focuses largely around the dinner party Ashly and her husband have at their home (I feel like this series is going to center around a lot of dinner parties). They try to set up Duc with a friend named Carmen, who turns out to be an “intuitive” or somebody who can tell things about people, though she balks at the word psychic. Duc is the most unlikeable character in the series and they seriously need to work on him being more than just a stuck up, cocky, jerk if they want to make him three dimensional. When he awkwardly hugs Carmen at the end of the dinner party, we start to see some layers peeled away but from what we know of him the moment just rang false. 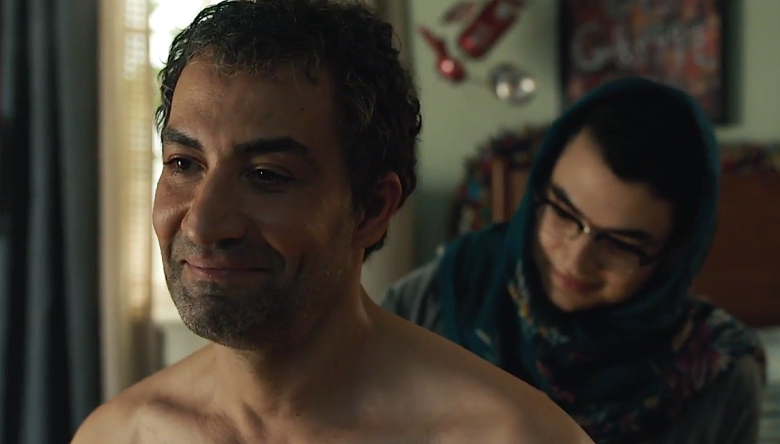 And Ramon’s therapist Farid deals with his own anxiety throughout the episode. We see he has some really horrific looking scars on his back that he has his son rub vitamin E on. We know it has something to do with Islam, as he basically has an anxiety attack before going to a Muslim wedding. He backs out and ends up taking the advice of Ramon, stumbling into a recreational marijuana store and buying a pre-rolled join, which he proceeds to smoke with a homeless woman. After that he is all smiles at the wedding.

Ashley got revenge for her sister by recording the model who slept with her and gave her chlamydia in a goofy donut onesie and making him confess to being a statutory rapist. Earlier when Kristen went by to inform him he has chlamydia, she also learns that he already has a girlfriend, which upsets her. Later, Kristen kills off her fake Facebook profile, making a status saying she died of chlamydia.

In the final moments of the episode, Greg has just emailed the escort breaking things off, while Audrey sleeps in the bed behind him. He looks up to see some art, four individually framed standing feathers, on their wall. They obviously resemble that pesky “11 11” and the just barely start to glow. Is he hallucinating like Ramon? What does this mean? Why do we care? There’s just not a lot of good stuff to grasp here and it makes it a difficult watch. Fingers crossed they turn this series around. They still have time to do so.