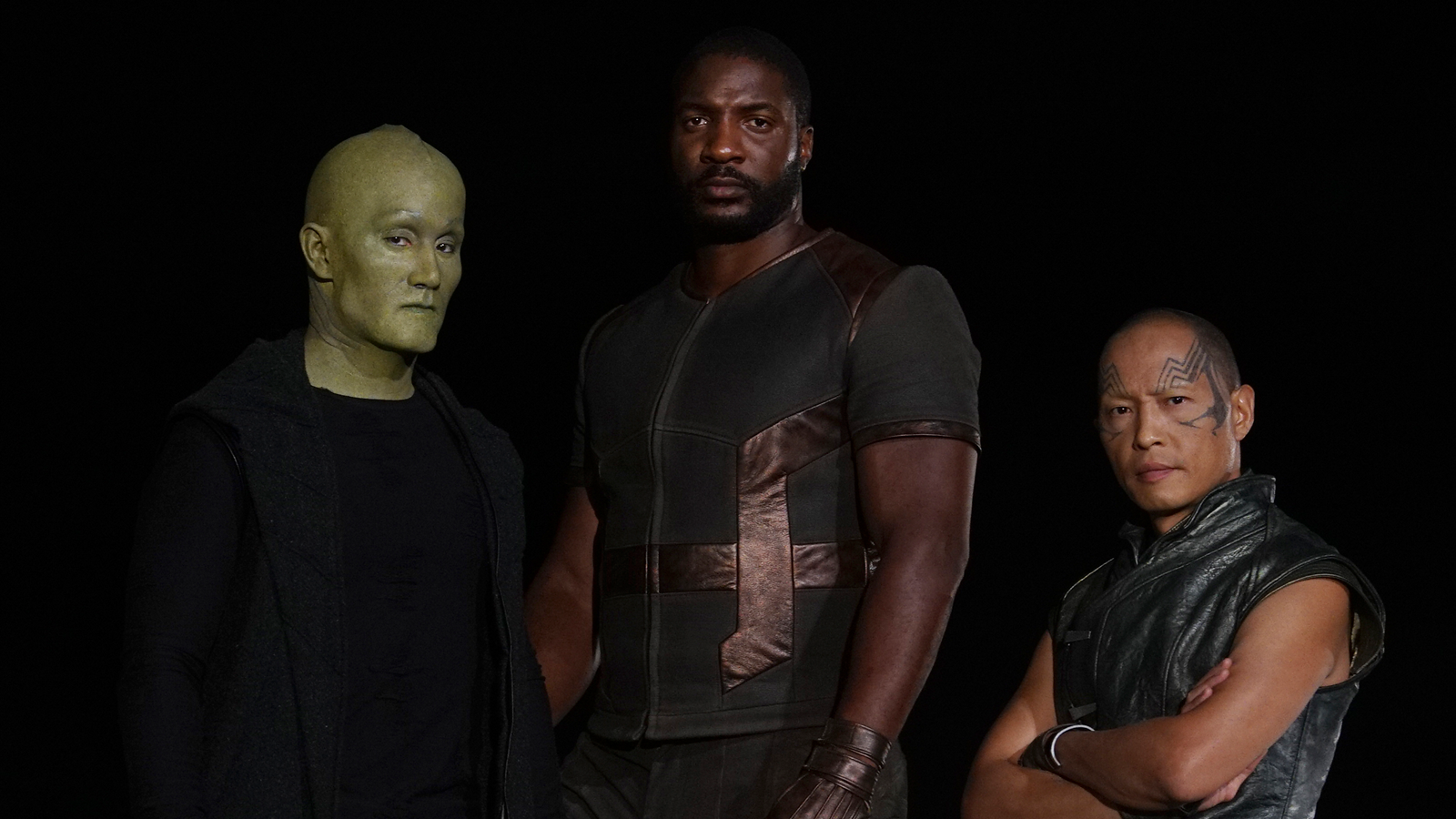 Inhumans is, thankfully, over and done. Good bye, good riddance, may it never again see the light of day! “…And Finally: Black Bolt” is just as terrible as the rest of the series and even commits the sin of another unnecessary ellipsis in the title. This series started off in bad shape and only got worse. If anything I’m aghast at just how atrocious it is in its entirety.

First of all, this was supposed to be the big showdown between good and evil and was anti-climactic. That’s to be expected since for there to be a climax there has to be rising action in the first place. Black Bolt makes a big deal about being king, Treacherous Brother speechifies about being king, and then Black Bolt locks him in the bunker that makes no sense. I won’t even get into how and why their civilization that’s been on the Moon for centuries is built in modern style and fitted out in 20th and 21st century technology. If I were being generous I’d say it’s Kree tech, but it’s definitely not. It’s like stuff on Earth. The “plot” keeps pulling contrived points of peril out of nowhere as if successions of events with no causation or introduction somehow make a story just because they are strung together. In this case, Treacherous Brother has rigged the entire city to be destroyed if he doesn’t scan his palm every hour, while Black Bolt keeps intimating that there’s a huge nameless peril that’s the real threat. Congratulations on introducing an enormous garbage plot point in the very last episode that we probably should’ve heard about way before now. (Spoilers: it’s the Kree. Which I don’t actually know, but it’s so basic that’s gotta be it.) 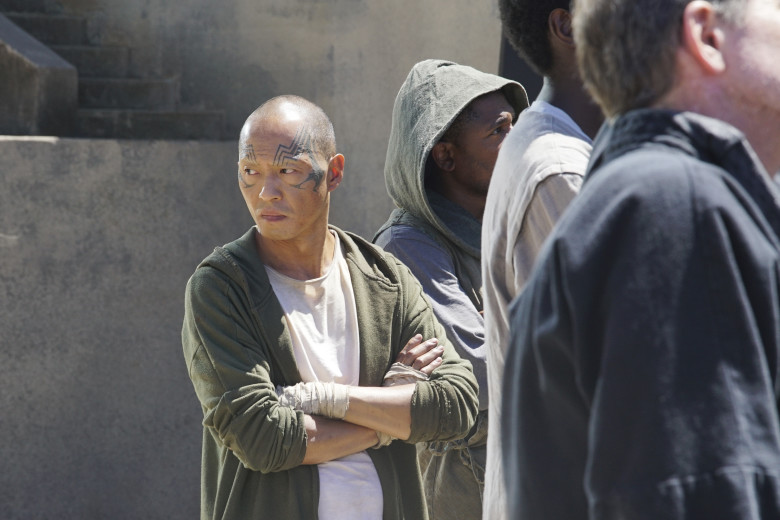 The most offensive part of this is when Medusa goes to see Treacherous Brother and takes all the blame for causing this rift amongst the royal family. Apparently, it’s her fault that Treacherous Brother is so treacherous because she wasn’t a better friend. Boohoohoo. Poor entitled man has no friends which is clearly the fault of the woman he stalks who rejects his attention. Tell me who thought that was a good idea because I need their name for my blacklist. (Yes, my blacklist is real.) Medusa is a terrible character and she’s constantly rude and demeaning to everyone but that anyone would decide it’s okay to put the blame for someone else’s actions onto her is just a normalization of abusive behavior. Guys: it is never okay for people to blame you for their bad behavior. You are responsible for your own feelings and actions. If someone tries to tell you that you are making them do stuff run away.

The rest of what’s wrong with this episode is what’s been wrong with the entire series and which has only gotten worse over time. Medusa imposes on her human Earthling “friend” Louise who she spent the entire series berating and threatening. I guess that’s what passes for friends amongst this enclave of Inhumans so maybe Treacherous Brother should chill out. Dog Chick is useless, Dog is like when they put animals in action movies so they can sell merchandise to kids, Tattoo Face Man might as well not even be in this episode, and Minotaur Man is an angry, voiceless, destructive black man who they brought back from the dead. So, sure, he’s not a dead black guy anymore but now he’s every other awful racist stereotype possible all at once. 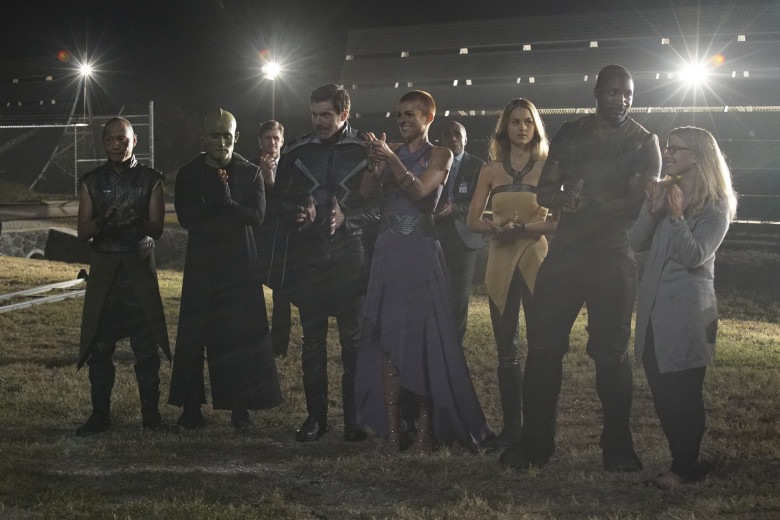 Even the big rousing speech to the people is a day late and a dollar short. Saying that (paraphrased to say what they actually intended) Attilan is a people not a place is just a badly mangled version of the sentiment from Thor: Ragnarok that Asgard is a people not a place. In Thor: Ragnarok it was actually genuine. In Inhumans, not a single one of these rulers has shown a shred of concern or caring for their people. I doubt the parallel was intentional because nothing about this series is intentional, but even so it just emphasizes what a complete disaster this show is in contrast to basically anything else in the Marvel Cinematic Universe.

Inhumans offends me. It’s an abusive imposition on my love and loyalty. It kept Agents of SHIELD out of my life for six whole months rather than four-ish which is unconscionable. It’s boring, stupid, poorly written, terribly acted, and aesthetically ugly. It disrespects the universe it ostensibly exists within and that universe is one of the things I love most. Frankly, I deserve some kind of award for managing to watch every episode of this show without harming myself or others. To say that I deeply hate Inhumans is a gross understatement. I want it cancelled and retconned out of existence. Let’s pretend it never happened.

On a happier note: next week we get Punisher, the week after we get Runaways, and the week after that my darling Agents of SHIELD will come back to us. Always forward.