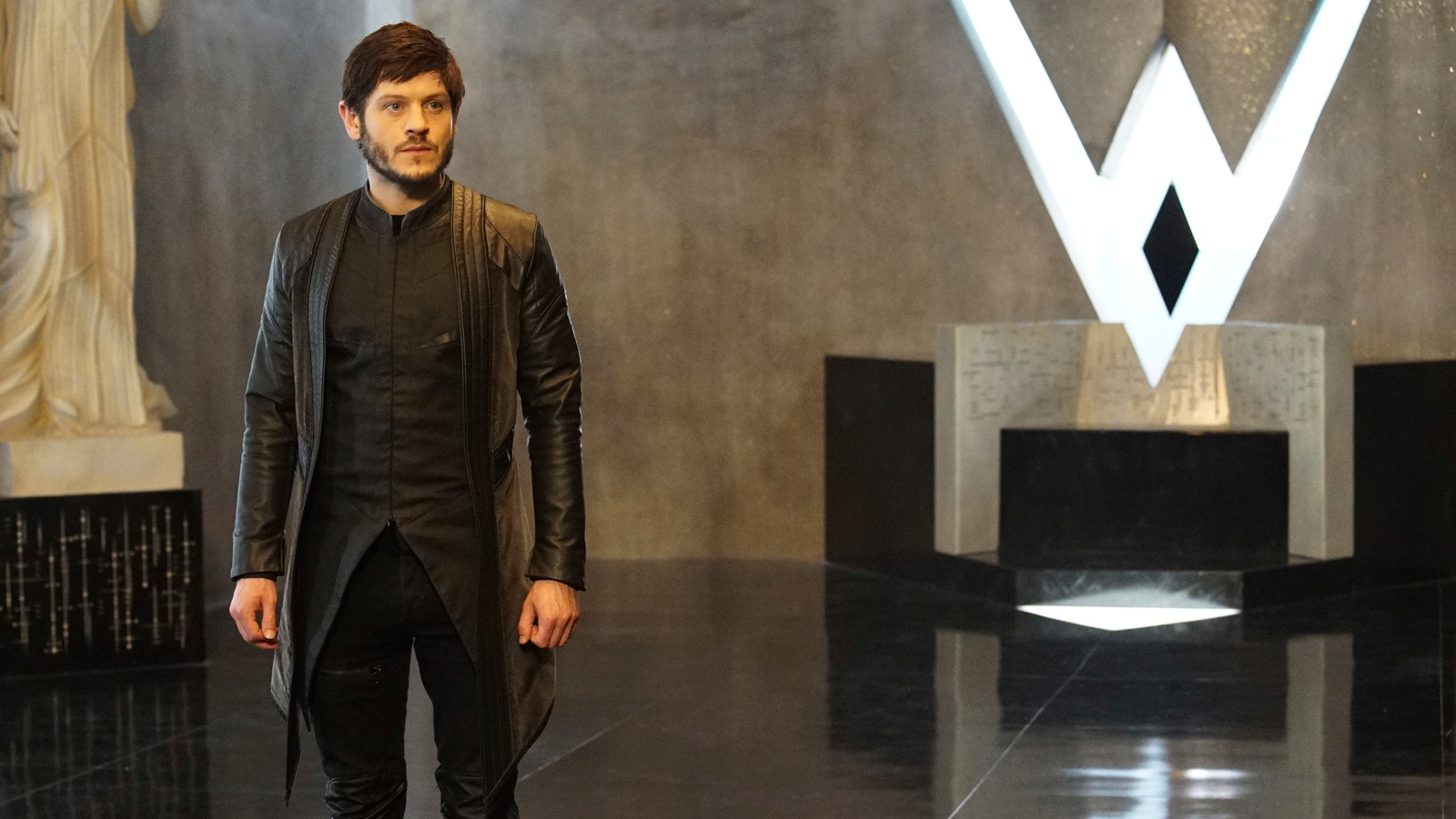 I have a small problem. The problem is that I wholeheartedly adore Marvel Television. There’s nothing that I love more. That’s not a problem in and of itself but it becomes one when I keep having to watch dreck like The Inhumans out of a misguided sense of loyalty and completism. I feel like Inhumans is some kind of weird tax on my love—something I have to reluctantly endure so that I can have another season of Agents of SHIELD. There are, what? Six more episodes of this nonsense? It’s too much to endure. 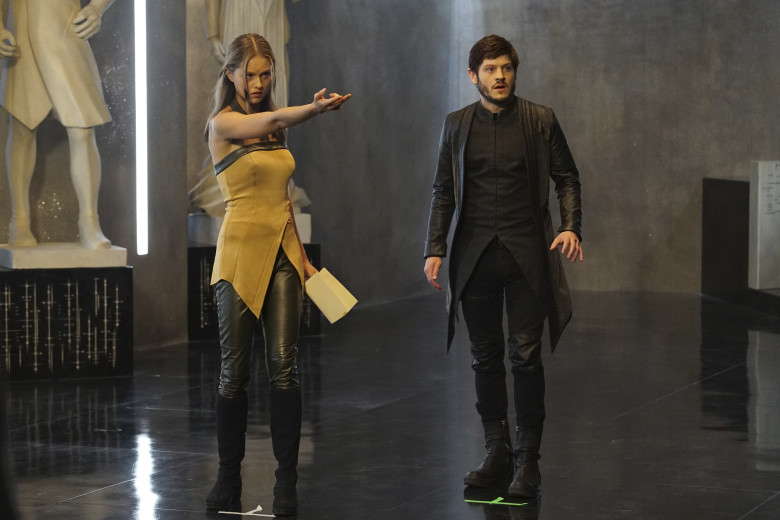 “Divide and Conquer” is a lot of division and absolutely no conquering. This episode was only minimally better than the first two primarily because of the addition of a few minor characters that are vaguely interesting. The doctor who apparently studies Inhumans, the Hawaiian convict, and the woman who is not a journalist but seems to work for some mysterious billionaire are all more down-to-earth characters who have built-in motivation. They show up here very suddenly and make me wish that they’d been introduced before now. I don’t believe that would’ve done much to raise the quality of the previous two episodes but some coherence would’ve been nice. Unfortunately, there are a few additions who still don’t make any sense. I have not yet been made to care enough about most of these characters to learn their names. Tattoo-face Man runs into a hut in the rainforest where three angry white people are growing marijuana. I don’t even know, y’all. The group of laid-back native Hawaiian surfer dude stereotypes that Minotaur Man met up with in the previous episodes swiftly and incongruously turn into a troop of commandos with a huge weapons cache in their forest clubhouse. Ultimately, none of these new characters—the interesting or the random—really do anything except appear in the narrative.

“Narrative” is a term that I’m using here extremely loosely. Presumably this is intended to be some kind of ensemble piece, but since we never learned how these characters function as an ensemble there’s no urgency in wanting them to get back together. Even if I already knew and loved these guys, each separate thread needs to have the characters working towards a common goal. As this stands, none of these plots go together and trying to cram them together leads to lots of abrupt cuts and a huge mess. Even my beloved Agents of SHIELD falters if there are too many disparate plots wandering around in one episode. Ostensibly, again, they all want to meet up again but that’s not really a goal that they can work towards together. There’s no change in any character from the beginning of this episode to the end. They all stumble and fumble their way through 45-ish minutes of screentime. The whole thing is dumb. 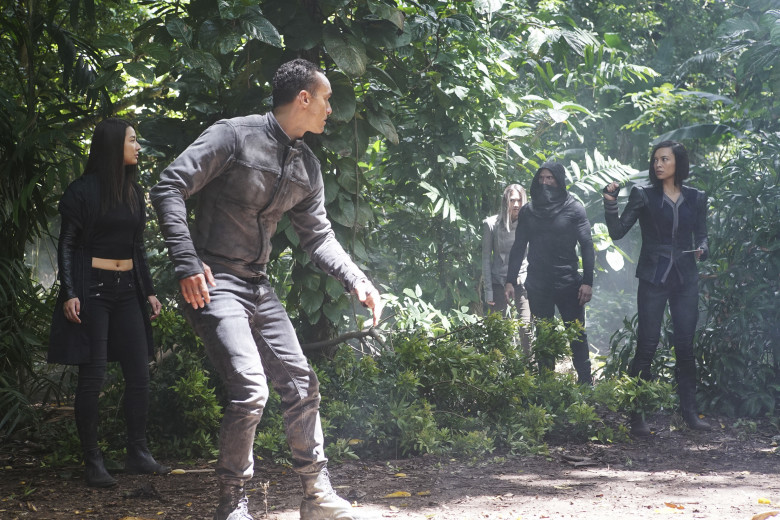 Every single event that is supposed to be perilous or full of tension has no causation. The episode is a string of unrelated scenes that neither move the story forward nor reveal character. Tattoo-face Man decides almost immediately that, rather than return to his “family,” he would like to stay with the belligerent weed farmers. Minotaur Man goes up against Treacherous Brother’s army of Inhumans and gets one of his Hawaiian commandos killed? Hurt? It’s unclear. Black Bolt (whose name has apparently been “Black Bolt” his entire life which I just find hysterically funny) is loved on by all of his fellow prisoners which doesn’t quite make sense. In fact, even the footage that the doctor who studies Inhumans is shown in the beginning is stupidly just the exact edit of that scene from the previous episode. Come on guys? Not even dash cam footage from a police car? That’s just lazy. Anyway, Black Bolt improbably escapes from prison while Medusa screams at the helicopter he is escaping in and then turns her gun on a woman for no reason. Blonde Dog Chick continues to make no sense to me as she apparently has freezing powers and the giant teleporting dog? How did that happen? She’s also just painfully dumb.

The one that makes me most furious is Medusa. She’s an incredibly self-involved character who behaves as if she’s entitled to anything she wants. As a queen (which she constantly pronounces to everyone and everything), I guess that makes sense but it makes her as endearing as a floor littered with rotting bee carcasses. The same goes for Black Bolt. If Luke Cage, Jessica Jones, Matt Murdock, Daisy Johnson, Phil Coulson, or a whole host of my other loves breaks into somewhere and steals something I’m fine with that. I know them, I love them, and I know that they are doing it for a good reason and to help others. When Medusa or Black Bolt do it they do it out of a sense of royal entitlement that is repulsive. Sure, one could argue that that’s just the life they are accustomed to and a major point of growth could be them learning humility and respect. I doubt that will happen. Instead, they actively harm people for their own gain and that makes me hate them.

And, seriously, if we go by the old SHIELD idea that Inhumans gain their powers to fill a niche within the population then someone has to explain to me why a woman on the moon would gain the power to control plants. To be fair, Agents of SHIELD did a terrible job with that hastily botched plotline itself but I’m just so done with this nonsense and it’s barely even begun. I don’t really believe that all of this stuff with Inhumans would be going on and no one from SHIELD would show up. Sure, I guess all of my Agents are in space or something, but even so there’s still Agent Piper, and there’s still stuff like Tony Stark’s Damage Control or even the good ol’ CIA. I’m not buying any of this.

I do genuinely feel like I’m being tortured. I survive on Agents of SHIELD and I have for years. My insides know that it’s time for my show to come back on but instead I’m forced to watch Inhumans which is just resoundingly awful. What did I do to deserve this punishment? What did any of us do?