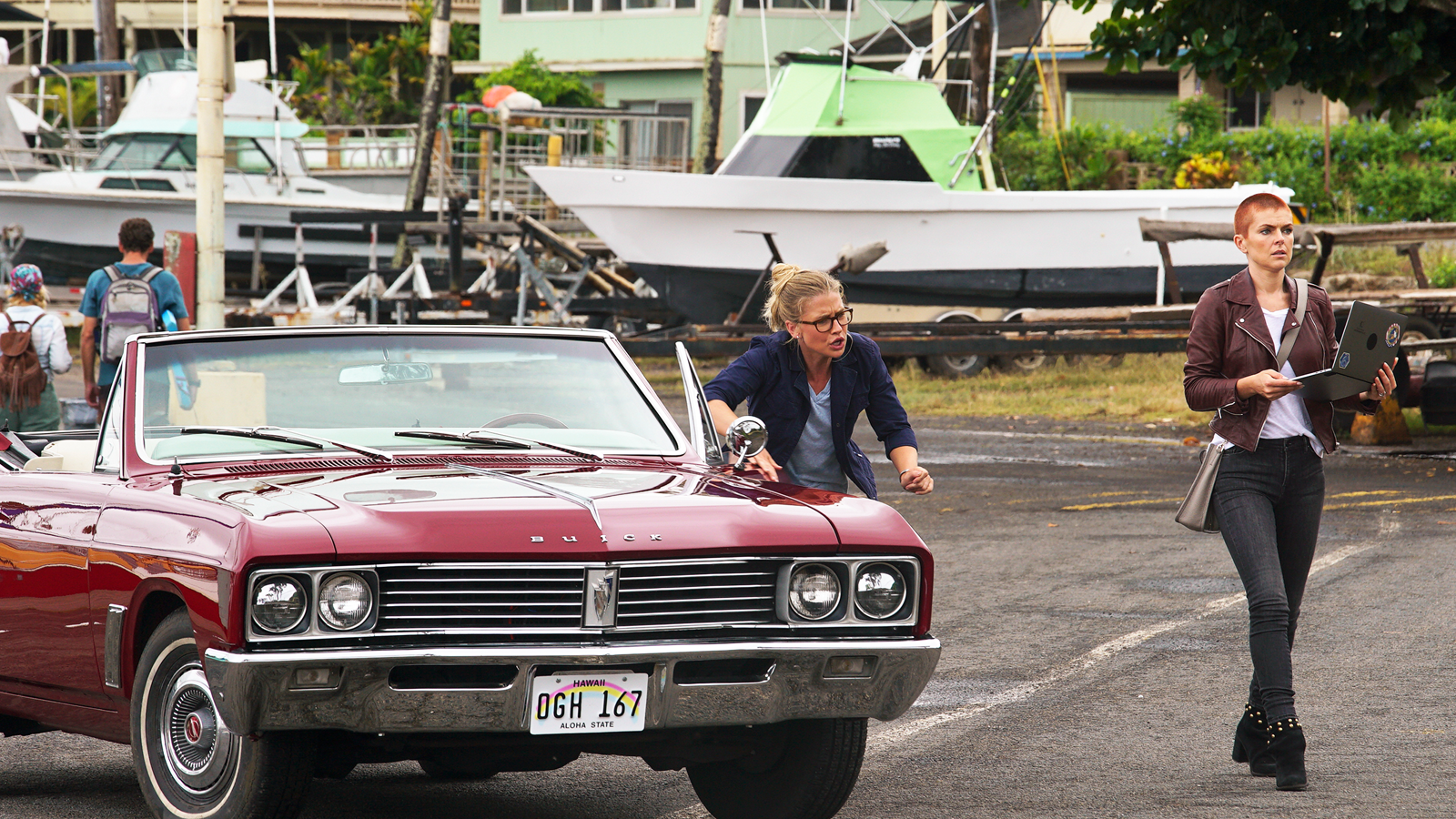 Somehow, Inhumans keeps getting worse. It was already so bad that the true accomplishment of each episode is finding ways to make it more upsettingly terrible. I find myself wondering how much good could have been done in the world with the budget for this thing. I genuinely burst into tears out of a cross between anger, sadness, and pain when I have to watch this show. It’s torture. At this point it’s incredibly redundant to just keep blasting it. Everything that was wrong with it before is still wrong with it. Even the parts that could be interesting fall apart almost immediately. I cannot even fathom how something this soul-suckingly awful went into production in the first place. 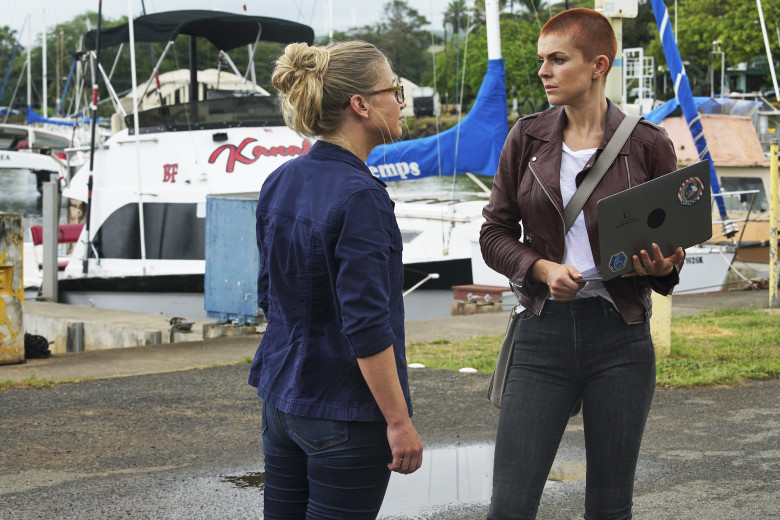 What could loosely be called the “narrative” continues to not exist. The characters still don’t have any motivation and they scream at and threaten every human they come across. Then, weirdly, they turn around and make out with them? The attempts at making characters sympathetic—the bald statements of emotion and hacky backstories—do nothing to actually make me care about the characters and mostly bore me. Character is revealed through actions and decisions. It’s behavior, not actors reciting the most unsubtle lines ever written. Given the behavior of all of these Inhumans, including pulling guns on people who have done them no harm, stealing, screaming at people for accidents, and a host of other deplorable actions, I hate them with every fiber of my being. Who am I supposed to be cheering for here? I want someone in the MCU to just blow up the moon and spare us all. Sure, it would screw up gravity, the length of the day, tides, season, pretty much everything on Earth but at least we’d be free of this monstrosity.

Even the intrigue with Treacherous Brother is like pulling teeth. He skulks around whining about how wronged he is while also masterminding every nefarious plot in the whole story. I’m so bored. People keep asking me about Inhumans in real life which is always a fun opportunity to just unleash on it, but one guy who asked me reads the comics and said it’s sad because the comics have done interesting things lately. Apparently Treacherous Brother in the comics is actually enslaving groups of oppressed people rather than mouthing like he is liberating them. Even just being told one plot point from the source material I am agog at the choices this show has made while adapting it. First of all, there aren’t any protagonists in this because they’re all despicable characters but secondly, the characters they’re trying to frame as protagonists are also in the positions of privilege and are actively subjugating people in a repressive caste system. Which is, you know, something baddies do. I genuinely and sincerely hate this show. 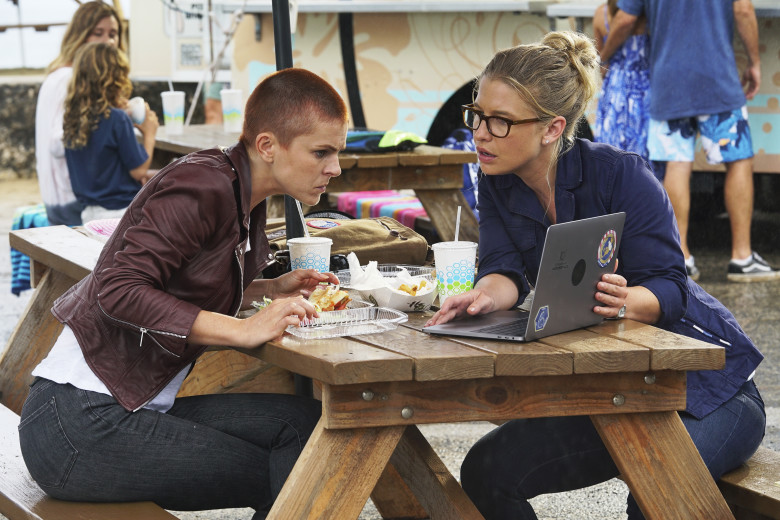 One of the things that infuriates me the most is just how poorly Inhumans relates to the rest of the world it’s supposed to exist within. The science is so bad it makes me physically sick to my stomach. DNA is not circles and squares. What does that even mean? Predictably, the scientist (geneticist?) who appeared to be helping Black Bolt and his Hawaiian convict friend is working for Treacherous Brother. Everyone is working for Treacherous Brother. There is no other possibility with this show. That’s fine, whatever. I can write that off. What I can’t abide is this dumb man spouting nonsense about superpowers and Inhuman DNA when Leopold Fitz and Jemma Simmons have been extensively studying exactly that for three (and/or like ten if we count Framework) years. Between the two of them and their various experiences they basically know everything there is to know about how Inhuman DNA and superpowers work and they’ve explained it pretty thoroughly in Agents of SHIELD. Pretending that this is new information and then explaining it so poorly has my ire way up.

The surest way to make me fall in love with something is to make sure the sci-fi science is well-reasoned, plausible, and heavily grounded in the world-building of the story. Inhumans is exactly the opposite of that. I am on some good medication that is supposed to keep me calm and even so I want to rip off some faces with my bare hands. If I can immediately think of at least four other characters in the same universe who would call this plot on its nonsense within five seconds that is not a good sign. (Fitz, Simmons, Tony Stark, Bruce Banner, that doctor from Luke Cage, basically every member of Hydra, Daisy Johnson who isn’t even a scientist—I could go on but you get the idea. Just reminding myself that they all exist is keeping me going.)

I’ve got one bright spot for you, friends! Rejoice, for we have now passed the halfway mark of Inhumans! In 48 days, we get Agents of SHIELD back. In 20 days, we get Thor: Ragnarok. In 38 days, Runaways. We’ll probably get Punisher in there at some point. Even if all of those things turn out to be bombs, they can’t even begin to come close to the abomination of Inhumans. We can make it!