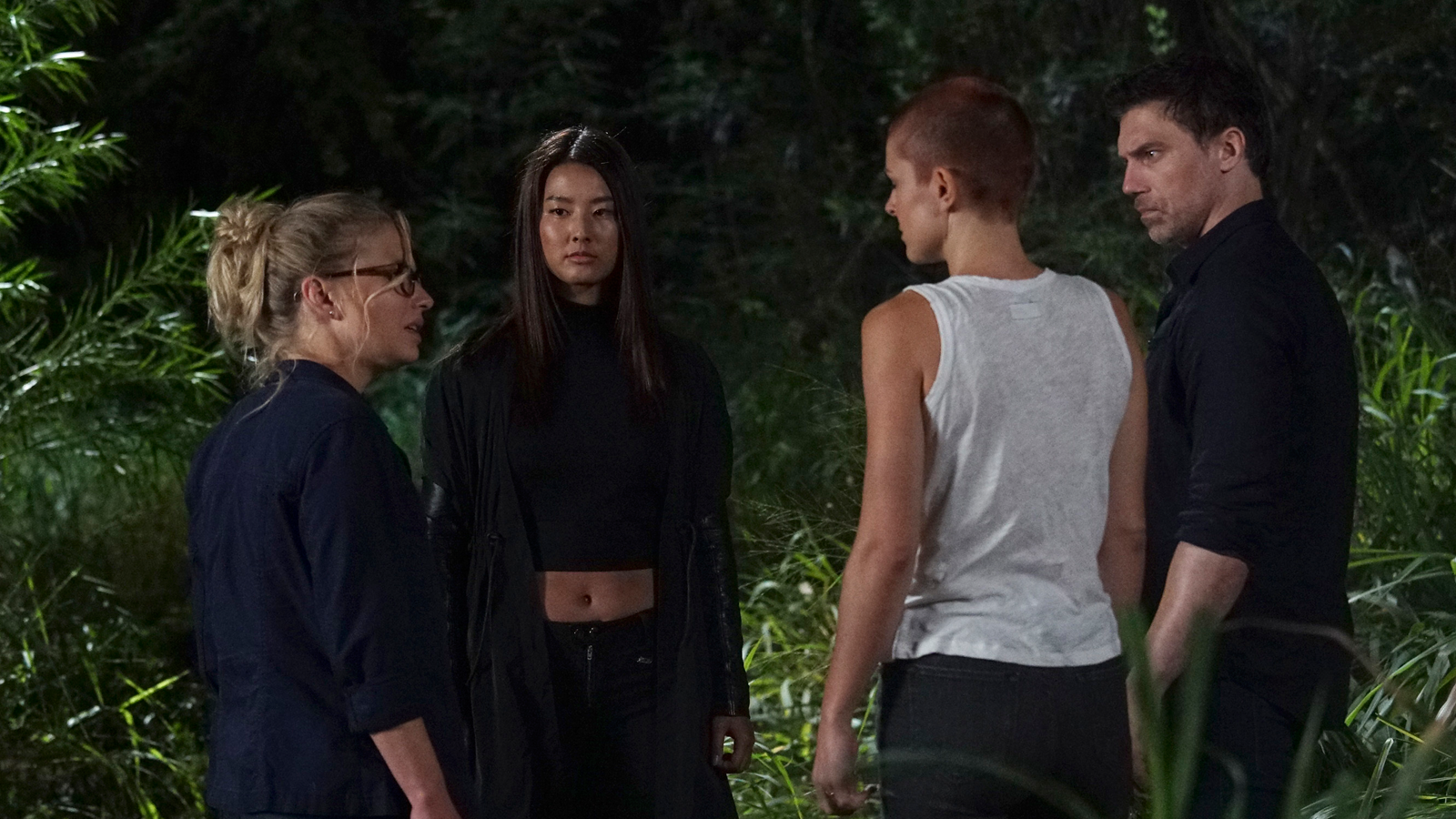 Inhumans’ fifth episode “Something Inhuman This Way Comes…” is not quite as insufferable as usual but it is still largely unwatchable. Though the entire plot remains a nonsensical mishmash of barely related scenes, a few of the characters actually get a smidgen of character development which makes me more inclined to like them.

I’m not quite sure what the strategy is in making basically every single main character despicable. Medusa is awful. She storms around constantly angry and threatening every person she meets and then shouts at everyone who challenges her authority. Meanwhile, Black Bolt is just an entitled jerk who we’ve never even seen lead so for all we know his Treacherous Brother truly is a better king. Given what we’ve been told about these people and their style of leadership, I don’t see that Treacherous Brother is in any way wrong about exiling and trying to kill the royal family. The Echolocator Lady who Black Bolt and Medusa capture is instantly more interesting and sympathetic than all the royals combined just because she expresses a grievance and a desire for freedom from oppression. Naturally, because she is sympathetic, Medusa and Black Bolt smack her down. Also, she dies completely randomly right at the end from a gunshot wound and delivers a protracted rah-rah speech out of the blue to Black Bolt about how he should be a better leader. I don’t even know what to say, guys. My mind is just numb from the sheer absurdity of this entire show. The Blonde Dog Chick is also still atrocious. She snaps at everyone and sasses people while also making some of the dumbest decisions possible. She just happens to teleport down in front of the ATV of the most laidback man on the planet who helps get her giant dog medical attention, then teleports around with her and tells her to lighten up. I’m uninterested in her and largely annoyed by her presence. 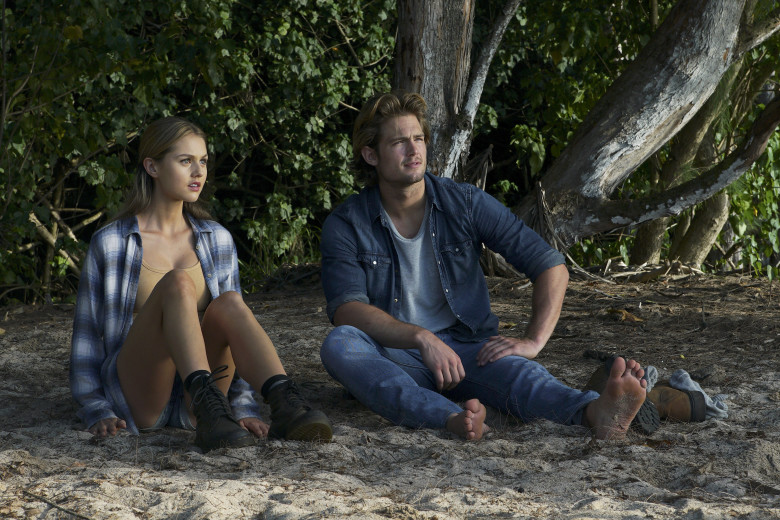 I was shocked that Minotaur Man and Tattoo Face Man have something approaching character development in this episode. I still don’t understand why Tattoo Face Man is with a bunch of people growing illegal pot, nor how or why this woman he just met is suddenly in love with him. It’s never really explained why the one pot farmer shoots his partner and it’s implied that he believes he owns the lady that Tattoo Face Man has taken up with. It’s gross and it’s just so taken for granted that it normalizes that kind of abusive possessive behavior. The lady gets shot in the gut and then runs for who knows how long before they make a big deal out of not wanting to cause infection and then sew her up with an unsterilized sewing kit. Even when this show makes noise that points at rationality it undercuts it in the same breath. Minotaur Man comes out the best here because the flashbacks, for once, are actually relevant to the story and demonstrate growth and change rather than just being random sterile infodumps. The two Inhuman cousins used to fight over whether one was too impulsive and stupid and the other too staid and analytical. Tattoo Face Man comes to see that he needs to let go of the illusion of control and actually act because acting and making a mistake is more useful than never acting at all. Minotaur Man has to stop being so impulsive and actually make a plan which allows him to find and rescue his cousin. It’s great. Unfortunately, five minutes of demonstrated character development does nothing to cancel out the fact that all the other characters still suck and the plot still makes no sense at all. 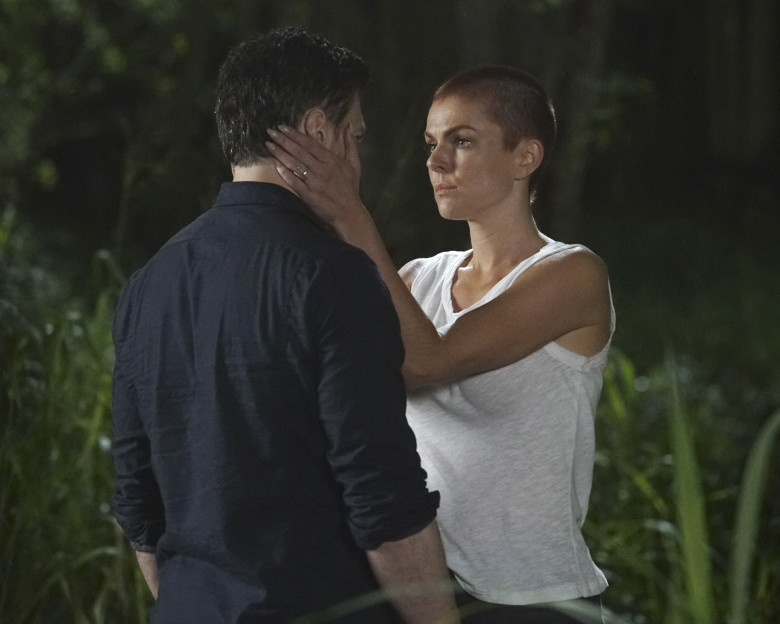 It’s beating a dead horse to keep going back to this but, good lord: nothing happens in this show. The things that do happen aren’t really causally related and aren’t thought out. Treacherous Brother likes to make speeches that are all the same about how he could be a great king despite the fact that he is currently king and could just prove it. Black Bolt and Medusa just sort of wander around threatening people. Dog Chick is aimless. Minotaur Man and Tattoo Face Man also wander aimlessly but at least here they got some kind of business to do. I think the goal is to return to the moon except I hate most of them so I don’t really want them to succeed, nor do they have any impetus to change, nor anything that they are going to do differently once they get there. It’s essentially just “oh no! We were cast out so let’s go back!” There have now been five episodes of this story and I still don’t understand what the point is, what they’re trying to say, or what’s going on. It’s truly boring to watch.

Also: if one more episode title has a completely unnecessary ellipsis in it I may not be able to contain my urge to physically damage things. I was bemused by the preview for the next episode loudly touting how many episodes are left. When a show is good, that number is ominous but in this case it feels like they’re trying to sooth the audience. “It’s almost over! All downhill from here!” I am more thrilled by the prospect of this show ending than by the fact that I have to keep watching it. Take heart, friends! The Friday after Inhumans is over we get Punisher. Just keep reminding yourself of that.