Part of the outrage behind the allegations from women against some of Hollywood’s heavy hitters is that they were open secrets. Pretty much the only people shocked by Harvey Weinstein being a serial predator of women are people who think you can move to Tinseltown and make it on merit alone. So the ripple effect we’re experiencing isn’t new. Women have come forward before, but the difference is, now women are using their stories to empower each other instead of being bullied burying their horrific experiences of abuse.

The culture of complicity didn’t start at the Weinstein Company, but in our collective consciousness, it will always feel as though it did. Because of this, we must avoid making the Weinstein’s of the world scapegoats for all of showbiz. Exploiting women has been a common practice within the industry, just like it’s been throughout time.

The New York Post reported the term casting couch was made popular because of a 1975 Newsweek article called, “The Casting Couch.” In the story, they pointedly examine a quote from a plaque above the couch of a Hollywood producer that read, “Don’t forget, darling, tomorrow you’re going to be a star.” In that same story, the idea of being taken seriously as an actress was eye-rollingly applauded by saying, “Contemporary starlets no longer take sex-on-demand lying down.” This is a form of gaslighting the victims of sexual assault by simply saying that women are now too strong to let it happen. Because victim blaming is the best way to silence and Hollywood has elevated the art of silencing women.

It seems as though, since the onset of Hollywood, there’s been some powerful monster preying on the vulnerabilities and dreams of women. And every few years, a la Shirley Jackson’s “The Lottery,” the industry must sacrifice one of their own perverts so that the rest may be saved.

But it’s unknown if Harvey Weinstein will be the last super powerful movie mogul to use his clout to take advantage of women. It’s hardly likely, which is why the onslaught of famous women coming forward are so necessary. Not only do they give credence to the stories that have been circulating since time immemorial, but more than that, they give voices to all the women who did not live in a time where coming forward was possible. 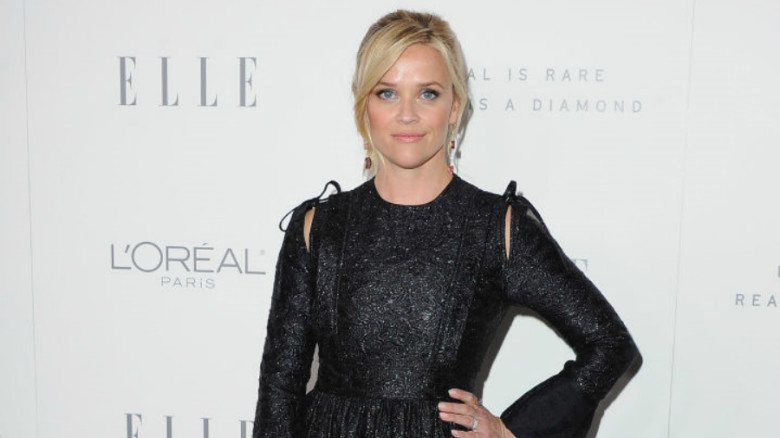 When actresses like Reese Witherspoon and America Ferrera come forward with deeply suppressed stories of sexual misconduct by men with power over them–it feels like there is hope for all of us.

Witherspoon shared her story while introducing her Big Little Lies co-star Laura Dern at the 24th annual Elle Women in Hollywood awards. She made a segue and spoke from the heart about her own experiences of sexual assault. Witherspoon talked about being assaulted by a director when she was 16-years-old and what it felt like to not be protected by the people she thought would protect her.

According to CNN Entertainment, Witherspoon said:

“I’ve had multiple experiences of harassment and sexual assault, and I don’t speak about them very often, but after hearing all the stories these past few days and hearing these brave women speak up tonight, the things that we’re kind of told to sweep under the rug and not talk about, it’s made me want to speak up and speak up loudly because I felt less alone this week than I’ve ever felt in my entire career.”

Likewise, Superstore actress America Ferrera frankly spoke about her #metoo experience in an Instagram post. Ferrera said she was first sexually assaulted by a grown man when she was only 9-years-old. She ended the post by telling her followers, “Ladies, let’s break the silence so the next generation of girls won’t have to live with this bulls**t.”

Supposedly, all good things come to an end. And in Hollywood, the consistent exploitation of women must cease. It’s time to demolish the casting couch and the only way to do this is to hold the guilty parties accountable. Journalist Beth Winegarner made a post on her Medium account asking people to boycott work from men in showbiz accused of assaulting women. She included a list of men with links to the crimes they’re accused with the note:

Normally I would include the word “allegedly” next to any statement that isn’t backed by a conviction. I’m not doing that here for three reasons: One, I tend to believe the victim, not the perpetrator. These victims came forward at great personal risk. Two, false reports of sexual harassment and sexual assault are exceedingly rare. They make up 2 to 8 percent of all such reports — but remember, an estimated 80 percent of sexual assaults aren’t reported. Three, these are men with a great deal of social, financial and legal capital who can make just about any accusation against them look like a lie. 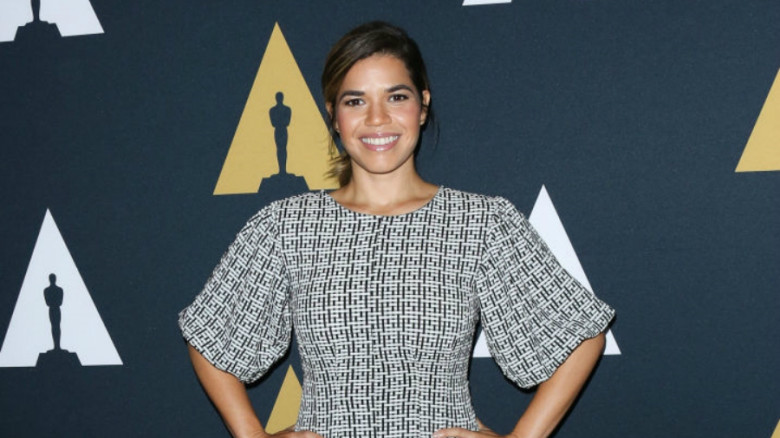 I am supposed to tell you that things can change. That we can change them. I am supposed to use an example like the backlash that HBO’s Confederacy received to explain our voices matter. The show is said to depict an alternate history where the Confederacy won the Civil War and slavery still exists. There was a grassroots campaign against the series, started by April Reign, but regardless of the outcry, the show has a series order and doesn’t look like it will get pulled.

I want to tell you that we can demand more from Hollywood, but I often doubt if we can pull it off. The established cycles of abuse are too ingrained in the baseline operations for things to evolve. Our feelings and ideals might not matter… but our money does. Without it, there can’t be a Hollywood. If we stop putting money towards projects and companies affiliated with abusers, the Casey Afflecks (looking at you, Amazon Prime) and Harvey Weinsteins can’t exist without being able to turn a profit.

Every time I get lost in this horrible, hopeless spiral I end up right back in this very moment. Where I am utterly deflated and without hope until I realize that all we can do is fight! Maybe what I fear is that Hollywood is incapable of changing and more than that, healing. It’s an entire industry that’s suffering from an illness and the powerful men who run it refuse to seek treatment.

Until there are consistent and clear repercussions, from either the public or the Hollywood elites themselves nothing will change. Instead of people like Harvey Weinstein and Woody Allen getting passes for being industry totems, they must be treated as pariahs. This is an ideal I hope the next era of Hollywood understands and upholds. I waste a lot of words arguing with myself over what the solution is, but I know this, an endless rotation of men are suddenly upset that they did nothing about Harvey Weinstein. So we have to stay vigilant and speak out when we’re subjected to storylines and situations that are hurtful and demeaning. We have to use the only power we have to initiate change or there won’t be any, and that’s not something women can afford.

For every woman who has ever been subjected to the demeaning fate of the casting couch, there has at least been a semi-symbolic victory. A Hollywood public art installation by Erika Rothenberg called “casting couch” has received enough backlash from the public that it’s been removed from it’s Hollywood & Highland home. The piece was intended to bring awareness to Hollywood’s rape culture but ended up as a literal representation of what women are fighting against, so it had to go, which is hopefully what happens the men guilty of exploiting women.