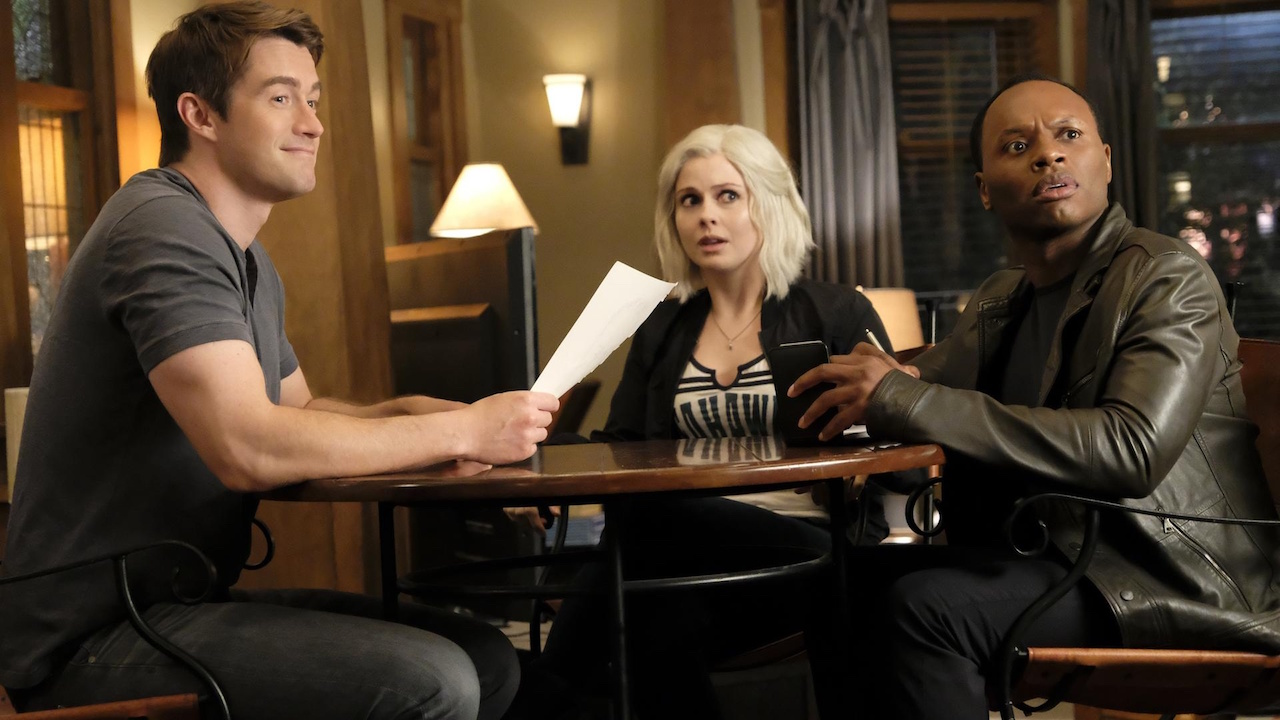 iZombie kicks off the fourth season with some bold moves in “Are You Ready for Some Zombies?” I missed these guys and like that girl you had a crush on in the seventh grade, she returned from vacation a little different; more mature, layered, exciting, and ready to shake things up. There is an unfortunate universal truth that when you’re really good at something, you make it look easy. Which leads some people to think it is easy. iZombie was a bright show. They didn’t try to mirror more dramatic zombie narratives. The hook worked; Liv would eat a brain and fall under its influence for a brief period of time. She’d solve crime and give grieving family and loved ones much needed closure. Last season, they let a few other characters, like Major, in on the zombie fun. It worked becasue they didn’t overdo it. This season starts by taking a wrecking ball to their winning hook.

Seattle is surrounded by a twenty-foot wall, zombies and people close to them are protected from haters inside, while uninfected humans are protected from zombie exposure on the outside. Filmore-Graves, under the leadership of Chase Graves, has the security-protection gig and the brain-tube contract as well. There are problems with the wall, every night, a few people try to go over, under, or around it. Why not just let them go? Chase points out if there were no uninfected people inside the wall, someone would nuke the city. Last season, iZombie teased zombie-island and I couldn’t wait to see it. New Seattle, with all its dark problems, is zombie island. 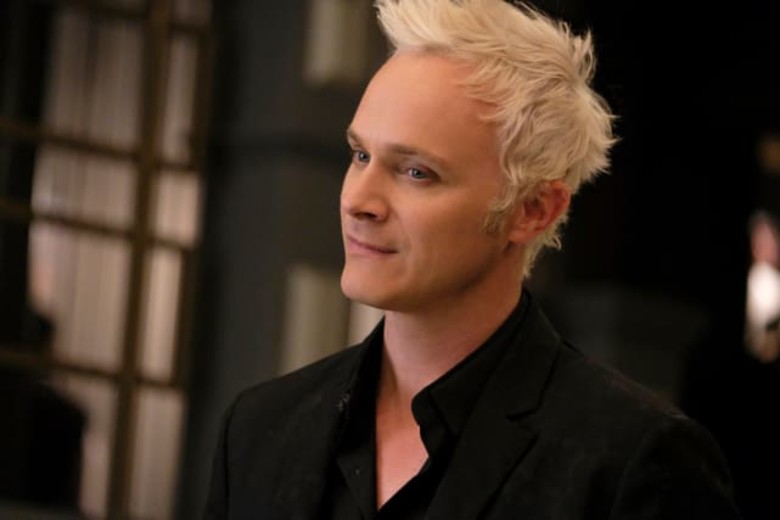 Blaine serves as informant to Chase Graves. If someone is selling black market brains, Blaine is the guy who’s gonna snitch to the teams in blue. Major leads a curfew enforcement squad through the streets at night, but they are ambushed by a number of zombie hater gangs. On the other side of that, uninfected parents fled the city and orphaned their zombie kids to the streets. Zombie orphans are also forming gangs. So in the first act, Seattle is one frayed thread away from being bombed and innocent zombie kids are abandoned by their parents. These are huge tonal shifts, but there are many more.

Zombie Dale Bozzio is now Clive’s boss. Bozzio, and several other detectives, can eat brain and solve crime just like Liv. That’s a gutsy decision. Liv’s secret is out on a national level and as a crime fighting asset, she brings nothing special to the table. In essence, this reduces the crime plots to regular procedural format. Again, these people are excellent storytellers and I have faith they have a clever plan to replace their original hook. 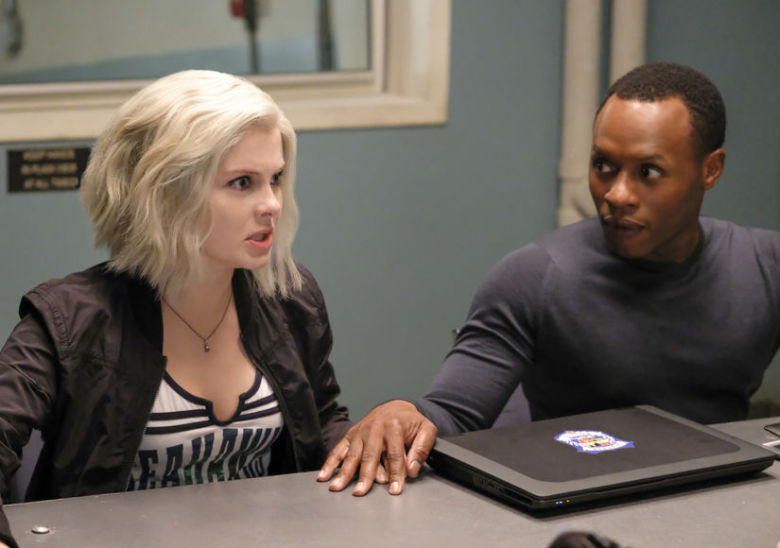 Liv and Clive respond to a murder at a Filmore-Graves brain processing plant. Clint Hicks was a line worker, Seattle Seahawks superfan, and zombie bigot. We all know this guy. Someone stuffed Clint into a huge industrial mixer. The site of his twisted body even makes Ravi wretch. However, the brain is intact and Liv fries it up like game day wings. It’s still fun to see Liv transform, they kept the most important part of the series hook with its star. Superfan Liv is also a zombie bigot which ups the comedic irony.

Clive and Liv interview Clint’s co-workers and family. Clint’s wife and son, Zorn, are tossing out all his fan stuff when Liv arrives. Clint was more into the Seahawks than the family. They tell Clive he had an ongoing beef with a guy at work, a 49ers fan. Again, nothing more universal than an aggressive Niners creep. Liv and Clive bring Doug Brady in for questioning and things look bad for him. He claims he was at home when Clint was murdered, but security footage shows his car pull into the parking lot. Brady confesses someone stuffed twenty brain tubes in his bag and set him up for big trouble with Filmore-Graves. He was returning the tubes but didn’t see Clint.

Liv brain-flashes a memory when Clint caught two Filmore-Graves security guys talking about selling brain-tubes on the black market. They use the extra cash for blue-brain and other vices available at Blaine’s club, The Scratching Post. Clive isn’t sure Major will help, but Liv gives him a shot. Major ID’s a sketch of Russ Roche, a Filmore-Graves officer who blows stacks of cash at Blaine’s club, it all makes sense. Major has a fantastic narrative in this episode. 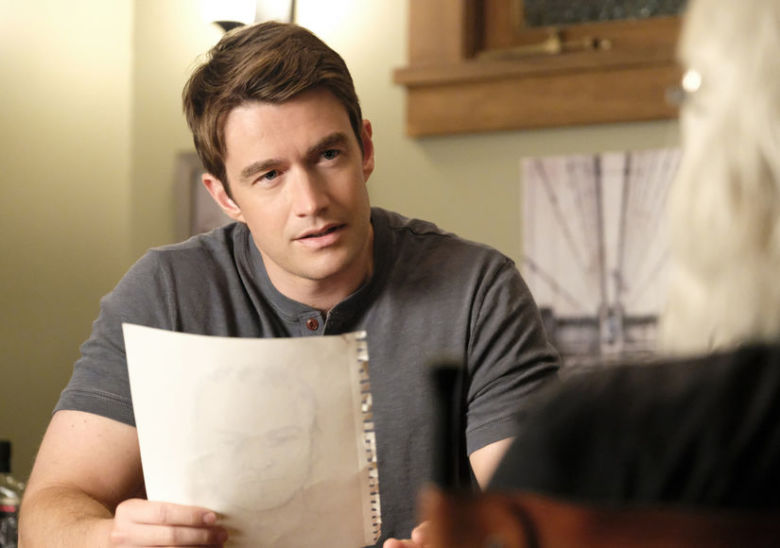 Chase Graves asks Major to head up a mentoring program for the abandoned zombie teens roaming the city and forming gangs. Major’s new mission is to protect kids after the adults who should be looking after them, took a hike. Remember, these episodes were written and shot months ago. The issues of protecting teens was evident then. These kids are tough on Major, they steal tubes from the machine down the hall, but he maintains a compassionate position when dealing with them. Major refuses to abandon this group. To up the dilemma, Chase hits him up for recommendations to join the armed, uniformed ranks. This is heavy drama for a show that was pretty light last season, but still not as dark as other undead narrative options.

Liv gets another brain-flash, Clint threw his own son out of the house when he discovered Zorn was zombie. Mrs. Hicks confesses to killing Clint after he made her choose between husband or son; she chose to protect Zorn. That’s a heavy, ambitious plot. iZombie is in the hands of clever, accomplished, creatives. They chose bold changes for season four and I can’t wait to see what’s next. 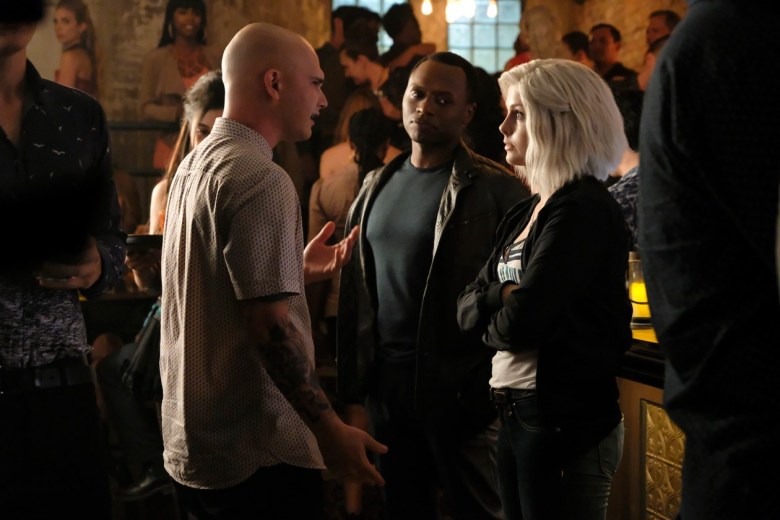 Fans of the show may not be on board with the new elements, but there are great little pieces to get excited about. Ravi has been zeroing in on a zombie cure.  He’s testing it on himself and it’s successful… twenty-eight days out of the month. Ravi suffers from short, three-day bouts of zombie. I don’t understand the human-zombie bio-physiology dynamic, but it’s an interesting story choice and Ravi is the perfect character to play with the wrinkle.

Also, Blaine’s nasty father, Angus, is released from his concrete shoes and the deep well that kept the world safe from him. Chase is worried about a bomb dropping from the outside but he has this bomb raising an army from inside the New Seattle walls. The first brain Angus eats belongs to a religious evangelist. The original evil maniac inherits a flock and temple to headquarter his growing army of chaos. Some fans might go someplace else, but new fans will find the show too.

A city under siege is fertile ground for storytelling; it promises dilemma, intrigue, and socially conscious conflict themes. Right now, Major is a keystone character in a child protection social plot, and a security officer corruption plot. Blaine is ramping up his own Rick’s ala Casablanca narrative, I’d like to see him have contacts on both sides of the wall. How will the outside world lean on, fight for, or politically attach to New Seattle? I’m also curious how Liv weaves into these elements week to week but I’m sure she holds it all together. It’s still Liv’s show, there’s just more pockets for her to explore.