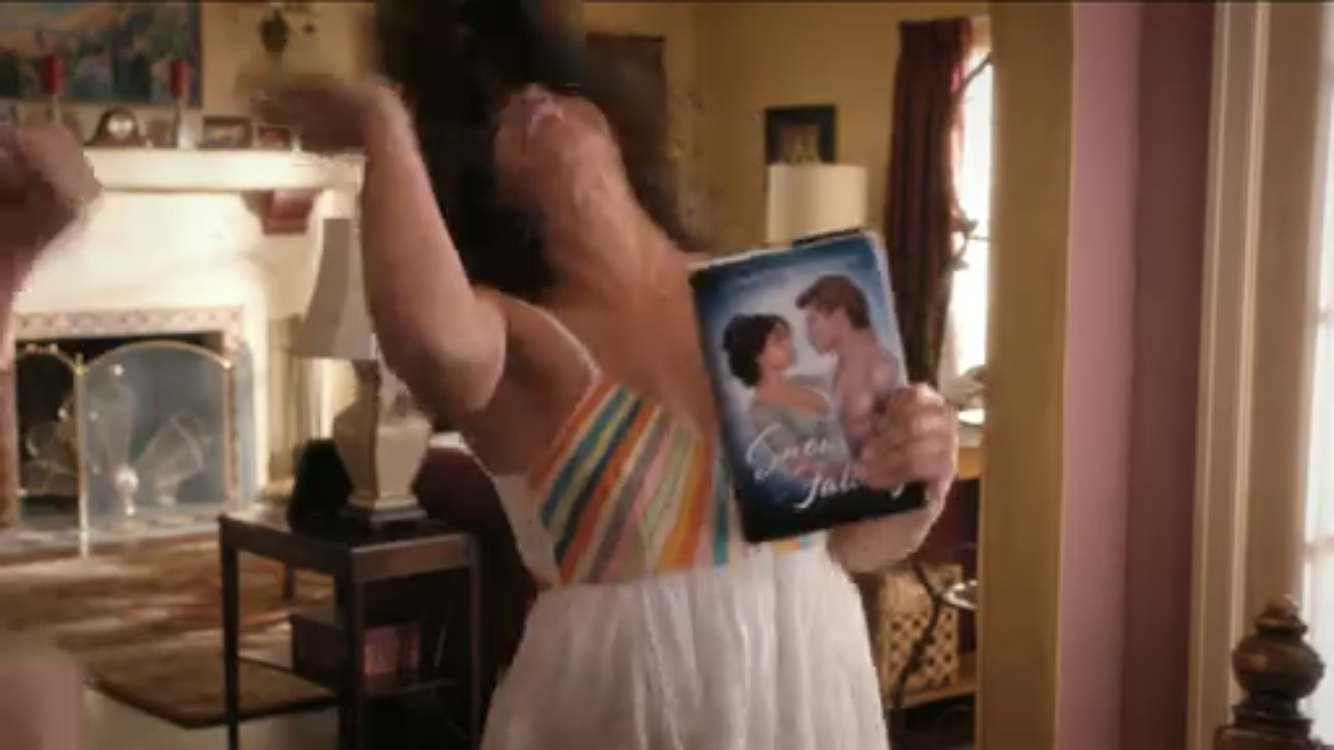 In last week’s episode of “Jane the Virgin,” Anezka and her mom succeeded in making Luisa look like a psycho.  This week, Petra succeeds in making their mom look like a traitor to Anezka.  At the end of the episode, Anezka hangs from the ceiling.  Dead, I assume.

Who knows who is dead or alive in this episode because Isabel Allende, a prominent magical realism author, is the thread of the story.  She is Jane’s creative muse.  Her works, as she describes in a too-long Twitter love letter, inspired her to live.  As Jane prepares to launch her book party, she sees her late husband Michael everywhere.  Of course, these are flashbacks, but they interrupt her present.

Jane helps Rafael with his regular-man career goals, and she flashes to the time when she was encouraging Michael to do the same.

A young man doesn’t give up on entering the elevator although the doors are 95% closed, and Jane flashes to the time Michael did the same.

The book is inspired by their love, so it is natural for her to think about him during this time.  But Jane feels guilty.  She feels guilty about moving on from Michael.  She has had a few lovers since his death, but love is a different story.  Love is the real deal.  It is the thing that will transfer her heart from Michael’s hands to another. 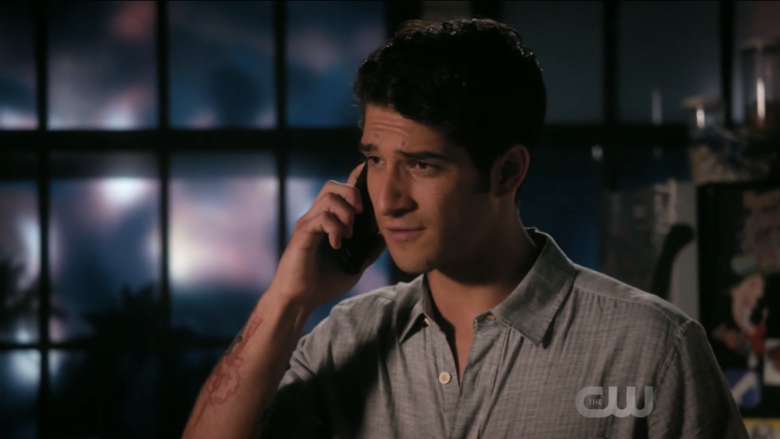 And that other person (at the moment) is Adam.  Jane almost tells Adam that she loves him, but she tells her mom that she refuses to say it because of her guilt.  She thinks, how dare I love another since my husband died?

The night of the book party launch arrives, and Adam calls to say he is not coming.  Jane is disappointed.  Like, really disappointed.  He claims that he has a lot of work to finish up (hmmhmm…).  Jane tells Abuela, who just happens to be in the room when she got the call.  Abuela is like, that is all good, but you should be more disappointed that Rafael can’t come.  Bloop!  Abuela goes on to say that she could feel Rafael’s disappointment that she was not that disappointed that he couldn’t come.  (This is why I love Abuela).

Jane, the sweetheart, fixes what’s real – her relationship with Rafael.  That man is not only her baby’s dad, but that is her bud.  She loves him.

She arrives at his new gig, bartending at the Marbella, and she lets him know that she really wished he could come.  He immediately says, “I’ll quit.”  And this man means it.  Jane talks him off the ledge, but he appreciates her saying that.

First of all, Rafael is either in love with Jane or he is reckless AF.  I can’t tell.  I’ll go with the former because it was rather romantic of him to give up his job for her.  But in reality, and with adult goggles on, it’s not attractive for a man to substitute income for an invitation to a book party. 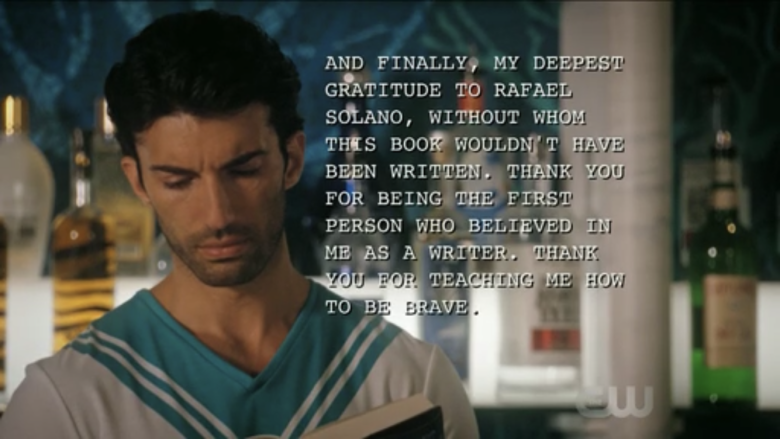 Jane gets to her book party, and here comes a memory of her late husband again.  She gets emotional, but she tries to power through.  It is when she sees Isabel Allende (in the flesh!) that she snaps out of her guilt.  She first touches her to be sure she is real.  She is.  And then she asks Allende how she could fall in love with another when the love of her life is gone.  Allende tells her to live life passionately.  I would like to add, Jane, live life unapologetically.  What was real with Michael was real.  And what is real with Adam is, too.

So, I’m sure you’re wondering: How did Jane get THEE Isabel Allende to attend her party?  She had some help from El Divo Fabian.  Fabian tweeted a picture of two copies of Jane’s book covering his privates, and the caption probably went something like this: “Come.  To this book party. Like, Now.”  Apparently, teenyboppers aren’t the only ones obeying his commands.  Established authors are, too.

Jane feels more confident to say the three little words to Adam until he admits that he did not come to her party because he took a job in L.A. 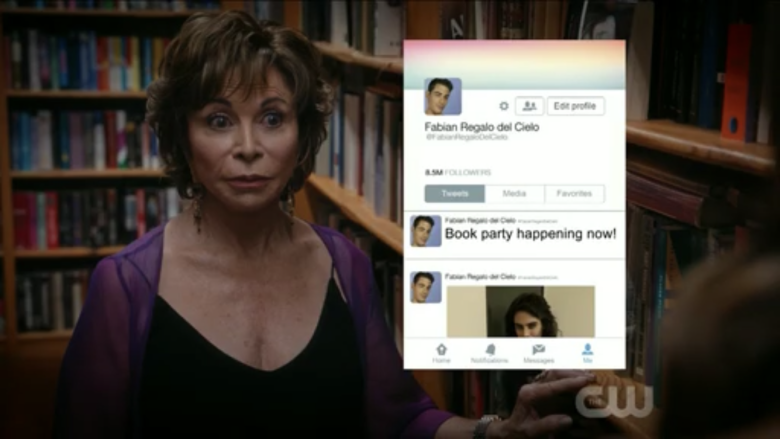 He says that as he was witnessing Jane’s dream of becoming a published author come true, he wanted that same feeling.  Remember: he gave up that LA job some episodes ago because he wanted to pursue a relationship with Jane (which was dumb).  That same job boomeranged to him, and he said yes (which I am happy about).  Jane is pissed and hurt.  The former is ridiculous, and the latter is understandable.  She fell in love, and this is the first love she has had since Michael died.  She tells her mom and Abuela that at least now she knows she can love again.

“Jane the Virgin” gives us all hope that there is more than one person out there for us.  I never believed that Michael was her soul mate, but he was a good placeholder.  I am looking forward to all the other placeholders for her as well.  We all know who her soul mate is.  It’s just that they both want to be in denial about it until they’re forced to be together.  Until next week.