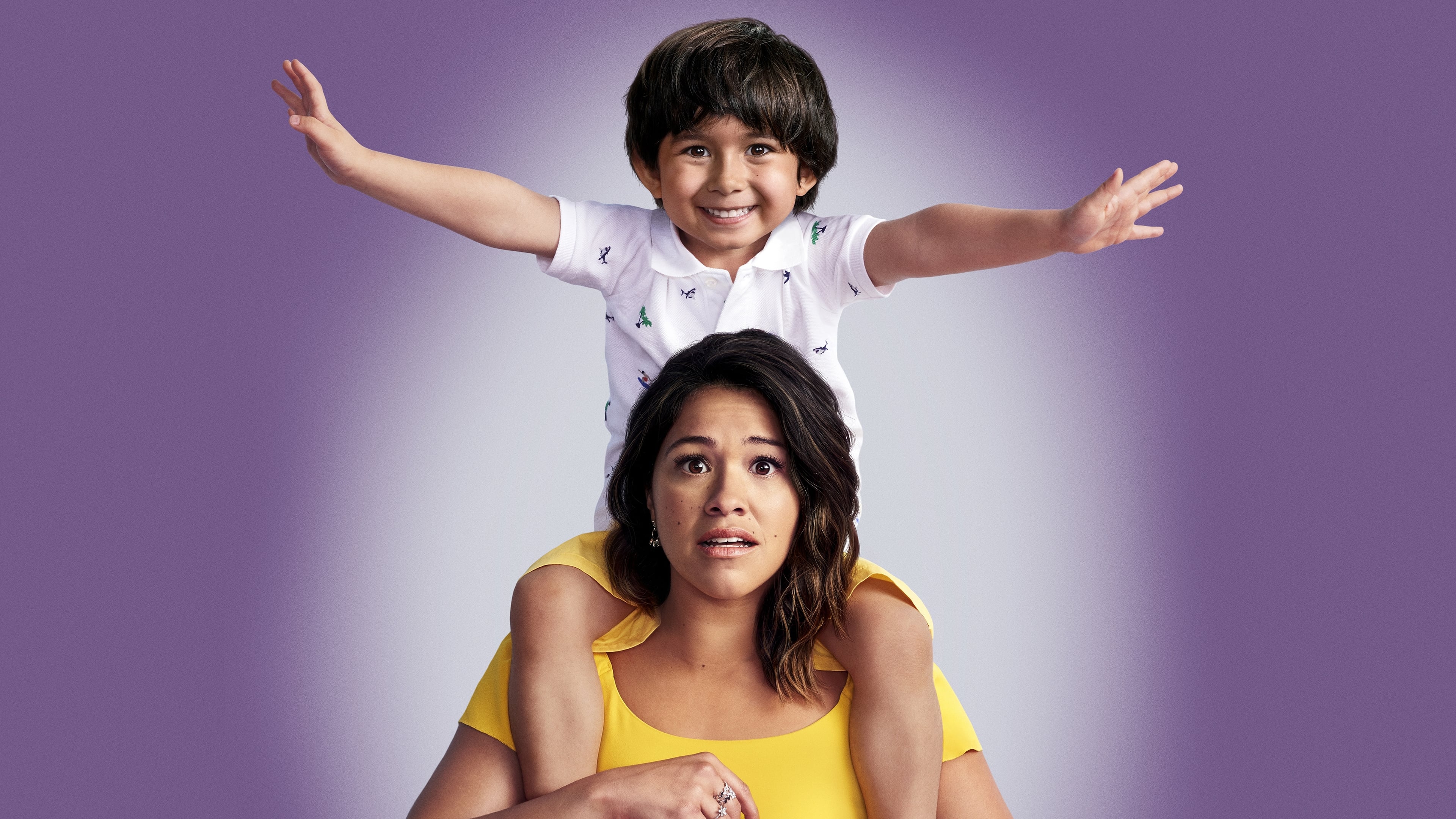 In “Jane the Virgin,” Jane’s new beau, Adam, doesn’t talk about it until Friday’s episode, and Jane claims that is why she is bothered about it.

It is only when he meets her best friend and her fiance that he opens up about it.  The fiance tries to recall whether Adam used to date a mutual friend.  He pulls up a picture of his friend, and Adam confirms that he did.  Jane comes over to see the picture, and she admits that the girl is pretty.  Adam says, “No, not her.  Him.”  He points to the guy in the photo, and Jane awkwardly says, “Oh, and he’s pretty, too.”

I would have reacted in the same way – confused, flustered and phonily OK with it.  Who doesn’t tell a heterosexual woman that they’re bisexual?

Adam says that it had never been an issue with anyone in the past, but guess what? Jane is a new person, and when it comes to conversations, bisexuality is still a new topic.  There’s no way Adam doesn’t know that.  I think he thought that Jane would make a big deal out of it, which should have been OK with him.  They’ve had frank conversations about things that he is new to, like dating someone with a child.  Jane never tried to hide that from him.  Well, how could she?  But she allowed him to think about it because that is what adults do.

So, because Jane feels pressure to not make a big deal out of it, she goes a little nuts in her head.  She imagines that Adam is flirting with every guy.

The server in a restaurant was attractive, and she played out this whole sequence in her head that they were secretly eyeing each other.

Adam’s friend says that Adam tried on some outfit in front of him, and he goes on to make fun of how he was prancing around in it.  Jane assumes that maybe they had sex.

Her attempt to cover up how she really feels makes her try to kiss her best friend!

Although Jane gets on my nerves by always sharing how she feels about what everyone else is doing, I appreciate how she advocates for herself in her own life.  And this is an example of her falling back in fear of, I don’t know, being labeled a “something.”

Adam is finally open to Jane asking questions, which she does, of course.  And after satisfactorily answering her questions, they snog (British word for “kiss”).

One character who needs Jane to meddle in her life is Luisa.  She’s now in a mental institution, and this time, she does not belong there.

Aneska claims that Luisa is hallucinating.  A random Marabella staffer overheard Aneska talking about it, and she brought it to Petra’s attention. Petra told Rafael, and he confronted her about it.  He encourages her to seek help, but before she does, she asks Aneska if she could see her friend “Carl”.  Aneska acts like she can, but she looks in the wrong direction.  Luisa takes this seriously and checks herself into a “wellness center”.  Before she enters, she returns all of Rafael’s shares because he had her best interest at heart.

Turns out that “Carl” was real.

Aneska played Luisa, and now Luisa is locked up in a “wellness center”.  And because there is a clause in Luisa’s contract that disallows her to give Rafael any shares, Rafael is left out in the cold.

And now, Aneska owns the Marabella.

Jane really would have been useful in that drama.

She’s definitely not useful in Lena’s drama.  Lena is her best friend.  And she is getting married to such a good guy.  But Lena is having doubts because he is boring and drama-free.  (Sounds like a nutty woman to me).  She asks Jane to interview him to see whether she should marry him.

First of all, they’re engaged.  So, Lena is supposed to marry this man, but she claims to respect Jane’s opinion (over her own).  Jane does her thing by interviewing him.

The fiance gets wind of this, and he despises Jane’s role in this.  He’s like, “I’m out.” But as Lena thinks about it, she realizes that he is the one.

I think she has a change of mind because his desire to leave her turned her on.  Is that sick? Yes.  Is it understandable?  Also, yes.  There is something about a little drama that captures you.  A little here and there isn’t bad, right?  Besides, Lena said their make-up sex was awesome, so something good came out it. The fiance also surprised her with a striptease at their joined bachelor/bachelorette party.  So, I don’t think ol‘ girl has anything to worry about.

“Jane the Virgin” reminded me how integral Jane is to each story.  Without her, none of these people would be able to function. Now, how do we get her to meddle inthe Aneska-Luisa fall-out?