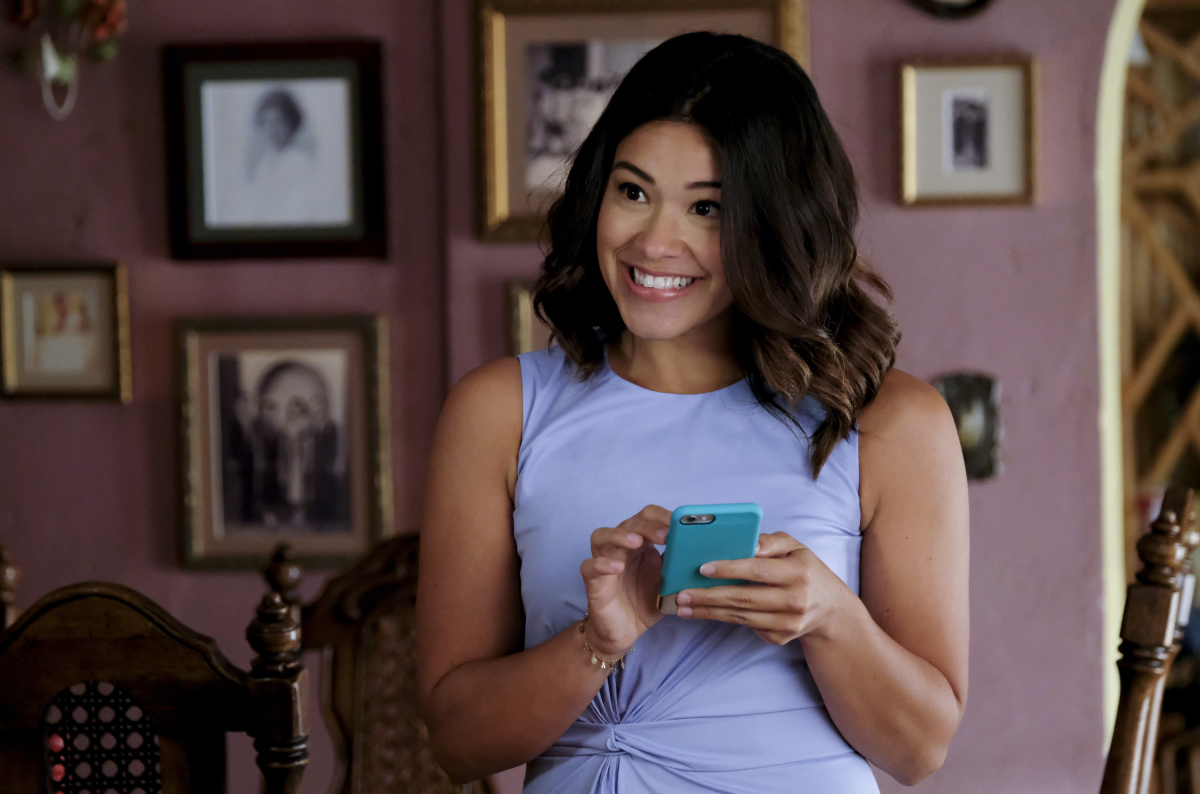 After leaving off Season 3 of JANE THE VIRGIN on a happy-ending hopeful note, the upcoming fourth season will be about “bringing back the joy,” according to the showrunner.

“It’s a lighter season in the sense that there isn’t a death on the scale of who Michael was and what he meant to Jane,” Jennie Urman told Tracking Board ahead of the show’s season premiere Friday, referencing the killing off of Brett Dier’s character midway through Season 3. “Jane is still moving through her grief and that never goes away, but a lot of the season is about bringing back the joy and finding romance again, the big romantic highs of our first season and kind of getting back to a little bit of that in our telenovela.”

This includes Jane (Gina Rodriguez) getting to act her age for once.

“She’s going to remember that she’s only 28,” said Urman. “She feels much older because of her responsibilites and the events in her life that have happened, but she’s only 28 years old and she still has a lot of time to achieve her goals and fall in love and try new things. That’s what a lot of this season is about for her, finding the joy again.”

Helping her do that, of course, will be the newly returned Adam (Tyler Poesy), Jane’s first love. She ran into him unexpectedly in the Season 3 finale and it appears the two are on a fast track to reconciliation.

“He’s in the first run of episodes for the foreseeable future and he’s just awesome,” Urman gushed about the new addition to the show. “He’s brought a great energy to the show and to Jane’s life, I think a different energy than we’ve had. I love their chemistry and connection and what he brings out in Jane as well… She’s dating an artist for the first time, someone who’s as passionate about his creativity as she is [about hers]. He’s younger than the other men she’s dated and he lives like a younger man, not like someone who’s already settled. He really challenges Jane and brings out a little more of a reckless side that we haven’t really seen, and that she hasn’t indulged in a long time.”

But of course, it’s not that simple. Right before Jane ran into Adam in the Season 3 finale, she had been on her way to tell her baby daddy/ex-boyfriend Raphael (Justin Baldoni) that she had feelings for him. Meanwhile, Raf was into his ex-wife Petra (Yael Groblas), who got insecure about Rafael and Jane and broke things off — before stepping right into a trap laid by her evil twin sister Anezka. Ahh, the path of a telenovela love story never did run smooth.

“The first episode [of Season 4]is really about untangling and combing through those complications and people figuring out where their emotions lie,” Urman teased. “They come to, I think, surprising places by the end of the episode, and we move forward from there. There’s a lot of romantic twists and turns this year, definitely. A lot for people to look forward to.”

Jane the Virgin premieres Friday, October 13 at 9 p.m. ET on The CW.