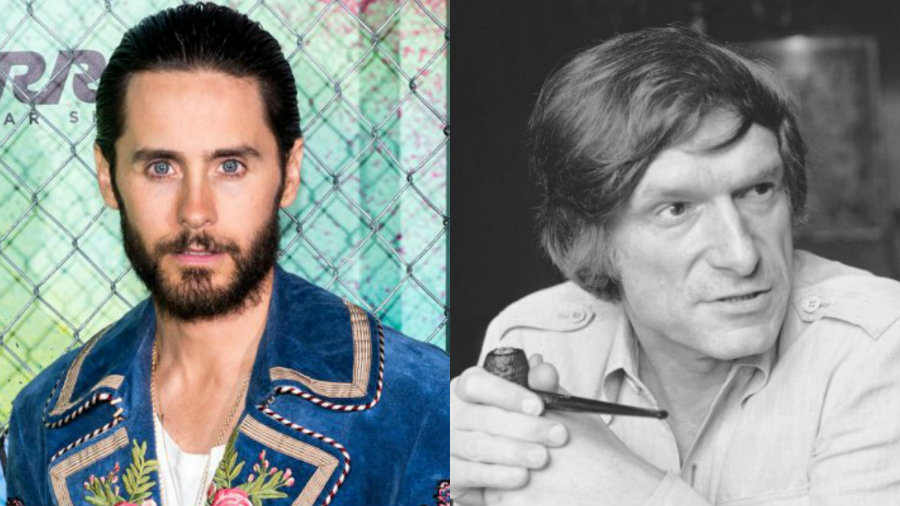 Brett Ratner has been trying to make a Hugh Hefner biopic for many years, and less than a week after the legendary Playboy founder died on Sept. 27, Ratner has gone ahead and cast 45-year-old Jared Leto to play the legendary Hef in his biopic.

Ratner has been set to produce and direct the film through his RatPac Entertainment for almost ten years with the project originally set up at Universal Pictures and Imagine Entertainment. The rights then expired and were picked up by Ocean’s Eleven producer Jerry Weintraub,. who brought it over to Warner Bros with whom RatPac is a regular partner. After Weintraub’s death last year, Ratner bought the rights for his own company.

“Jared is an old friend,” Ratner told The Hollywood Reporter, who initially reported the casting. “When he heard I got the rights to Hef’s story, he told me, ‘I want to play him. I want to understand him.’ And I really believe Jared can do it. He’s one of the great actors of today.”

In fact, Ratner and Leto visited the Playboy Mansion in April for the premiere of Amazon’s American Playboy: The Hugh Hefner Story, which was also Hef’s 91st birthday party but Ratner wasn’t able to introduce Leto to the man he’ll be playing due to Hefner’s failing health.  “There’s enough footage on Hef out there that Jared will be able to get as much information as he wants,” Ratner says, also saying that his goal is to turn the movie into an event.

Apparently, Ratner also wants to reboot Hefner’s famous ’60s talk show Playboy After Dark, but there’s no word whether Leto will play Hefner on that, too.

Repped by CAA and Untitled Entertainment, Leto’s casting was initially reported on by The Hollywood Reporter.  Leto can be seen in this week’s sci-fi epic Blade Runner 2049 opposite Ryan Gosling, and headlines Martin Zandvliet’s yakuza film The Outsider. Leto is rumored to return as the Joker in any number of Warner Bros’ offshoots from last year’s Suicide Squad, including the sequel helmed by Gavin O’Connor, and is also rumored to play Bloodshot in Sony’s movie based on the Valiant comic series.