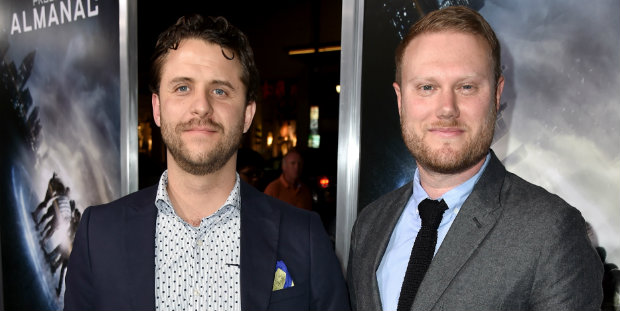 After scripting a pair of low-budget genre films for Paramount in 2015 — Paranormal Activity: The Ghost Dimension and Project Almanac — writing partners Jason Pagan and Andrew Deutschman have sold a sci-fi pitch titled BIG FIVE to Lionsgate, the Tracking Board has confirmed.

Lorenzo di Bonaventura will produce the film, which will be written by Pagan and Deutschman.

Based on an idea from creative collective Section 9, made up of artists and writers Robert Chew, Stephan Lokotsch, Daniel LuVisi and Darius Shahmir, the story concerns a large mission to Africa to investigate a secret project involving endangered species and artificial intelligence.

The story idea was brought to Di Bonaventura, producer of the Transformers and G.I. Joe franchises, by his production partners Mark Vahardian and Ali Loewy.

The general concept of the film seems like a science fiction version of Rudyard Kipling’s The Jungle Book or a spin on the Doctor Dolittle idea of talking to animals, although it’s likely to lean more on the science and the African adventure aspect of the story.

Repped by WME and Underground, the writing duo also successfully sold their pitch for Unexplained Phenomenon to Amblin Entertainment and the Picture Company earlier this year. They’re also developing an NBC series called The Eight.