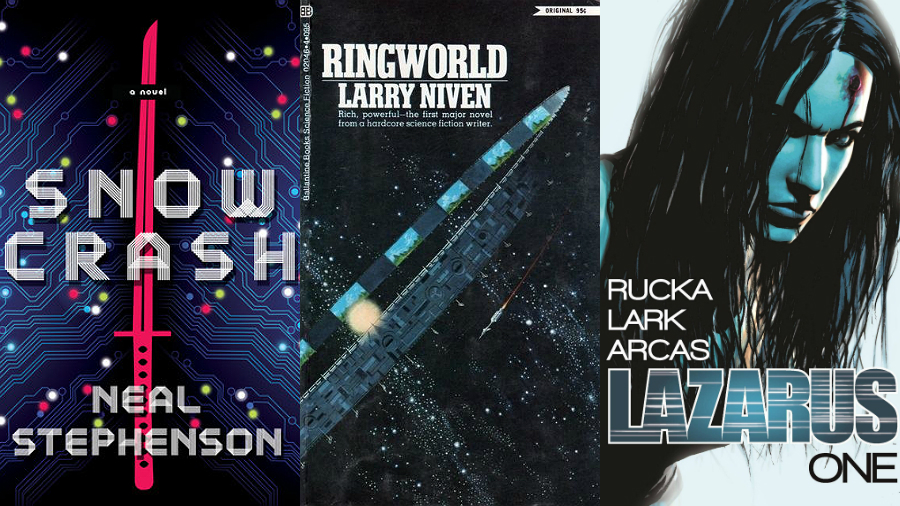 Amazon has picked up three high profile sci-fi projects for series development, including Joe Cornish’s adaptation of Snow Crash, which was previously going to be a feature film.

The premium streaming platform is also developing Ringworld, based on the novel by Larry Nevin as well as Lazarus, based on the comic book from Greg Rucka.

Cornish had long been attached to direct Snow Crash, based on the Neal Stephenson classic of the same name, as a feature film. Now it is being adapted as an hourlong drama series,  with Cornish as executive producer. Frank Marshall will also serve as an EP on the project which follows an ordinary pizza delivery guy who moonlights as a warrior prince inside a virtual reality game. Paramount TV is behind the series.

Ringworld, a co-production with MGM, tells the story of Louis Gridley Wu, a bored man celebrating his 200th birthday in a technologically-advanced, future Earth. Upon being offered one of the open positions on a voyage, Louis joins a young woman and two aliens to explore Ringworld, the remote artificial ring beyond “Known Space.” No writers or executive producers have been attached yet.

Amazon is also developing Lazarus, with Rucka serving as executive producer and adapting his own comic book for the small screen. The story is set in a futuristic world which has been divided between 16 rich families, with complex friendly and adversarial relationships between them all. Each family has a “Lazarus,” or one-person kill squad, in order to protect their interests. Rucka will be an EP alongside Michael Lark and Angela Cheng Caplan.