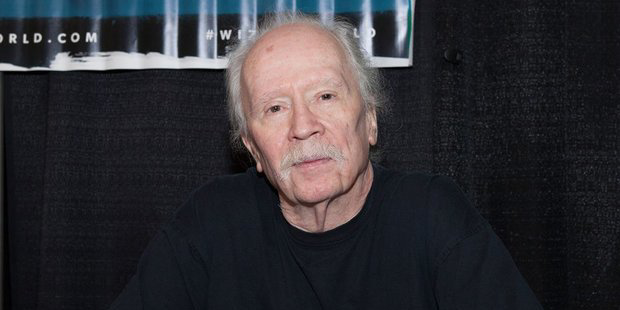 Horror guru John Carpenter, the visionary behind films like Halloween and The Thing, has inked an overall deal with Universal Cable Productions. Through this deal, Carpenter, along with his producing partner Sandy King and their Storm Kings Production shingle, will executive produce new scripted programming for the company as well as external networks and streaming services.

Getting a head start on things, Carpenter and UCP are already in development on the upcoming Syfy series TALES FOR A HALLOWEEN NIGHT, based on Carpenter’s award-winning graphic novel anthology series. The

series features a collection of spooky stories told by storytellers of all kinds.

They are also in the early stages of adapting Simon R. Green’s NIGHTSIDE, with the Scream TV series co-creator Jill Blotevogel penning the adaptation. In this tale, Nightside is located in London and where creatures of the night gather.

“We are thrilled to have a master of the horror genre join UCP,” said Dawn Olmstead, executive vice president of development.

Carpenter’s long-spanning career includes, beyond Halloween and The Things, action films like Escape from New York and Big Trouble in Little China.

King has long worked with Carpenter, producing his films like They Live as well as creating, writing, and editing stories for Tales for a Halloween Night.

They are both repped by APA, as are Green and Blotevogel.