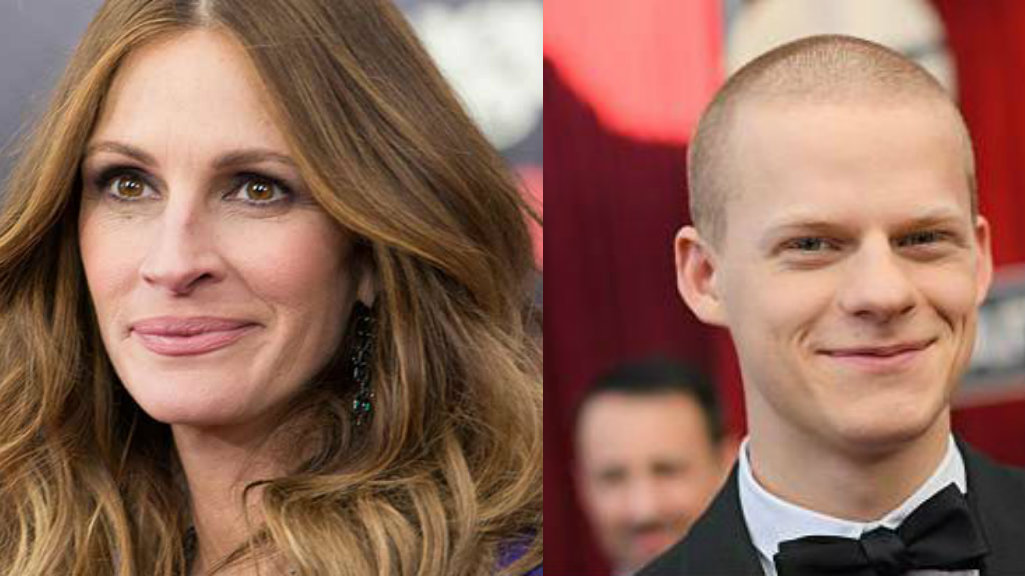 Oscar-winning actor Julia Roberts and Oscar nominee Lucas Hedges (Manchester by the Sea) have been cast in the drama Ben is Back, written and directed by Lucas’ father Peter Hedges.

30WEST (who recently teamed with Neon to pick up the distribution for Margot Robbie’s I, Tonya) and Black Bear Pictures are fully financing the picture with Color Force’s Nina Jacobson and Brad Simpson producing along with Teddy Schwarzman from Black Bear and Hedges. Plans are to start filming in New York this December.

Hedges will play the title role of the charming but troubled Ben Burns, who returns home to his unsuspecting family on Christmas Eve. Ben’s mother Holly (Roberts) welcomes him home but soon learns he’s still dealing with issues that will affect the Burns family for hte next 24 hours.

The elder Hedges is best known for writing the novel and adaptation of What’s Eating Gilbert Grape?, for which Leonardo Dicaprio got his first Oscar nomination. He also wrote the script for Hugh Grant’s About a Boy and directed Pieces of April and Dan in Real Life.

Peter’s son Lucas was one of the breakout stars of last year’s Manchester by the Sea, which got him an Oscar nomination in a supporting role. He next appears in Greta Gerwig’s Lady Bird and Martin McDonagh’s Three Billboards Outside Ebbing, Missouri, both which fared well during last month’s fall festivals. Hedges is currently filming Boy Erased with Russell Crowe, Nicole Kidman and Joel Edgerton, who is also directing the drama.

Roberts won her Oscar for playing Steven Soderbergh’s Erin Brockovich, and she next stars in the Stephen Chbosky adaptation of the R.J. Palacio novel Wonder (released on Nov. 17). After filming Ben is Back, Roberts will begin filming the Amazon Studios series Homecoming.

Color Force fared well with their FX series The People vs. OJ Simpson: American Crime Story, which won nine Emmys and two Golden Globes. They’re currently in production on the follow-up The Assassination of Gianni Versace with two upcoming films, Crazy Rich Asians and The Goldfinch.  In the meantime, Black Bear Pictures has Dee Rees’ Mudbound  and the Matt Damon dark comedy Suburbicon, directed by George Clooney. They also produced Casey Affleck’s next film as a director, Light of My Life.

Founded by Dan Friedkin and Micah Green with former Black Bear exec Dan Steinman as a partner, 30WEST recently arranged financing for Ridley Scott’s All the Money in the World, which will be released in Dec., around the same time as I, Tonya.

Roberts and both Hedges are repped by CAA, who packaged Ben is Back and will be handling the U.S. rights, while Sierra/Affinity handles international rights at the upcoming American Film Market. Lucas is also repped by Anonymous Content.

The story was first reported by Deadline.