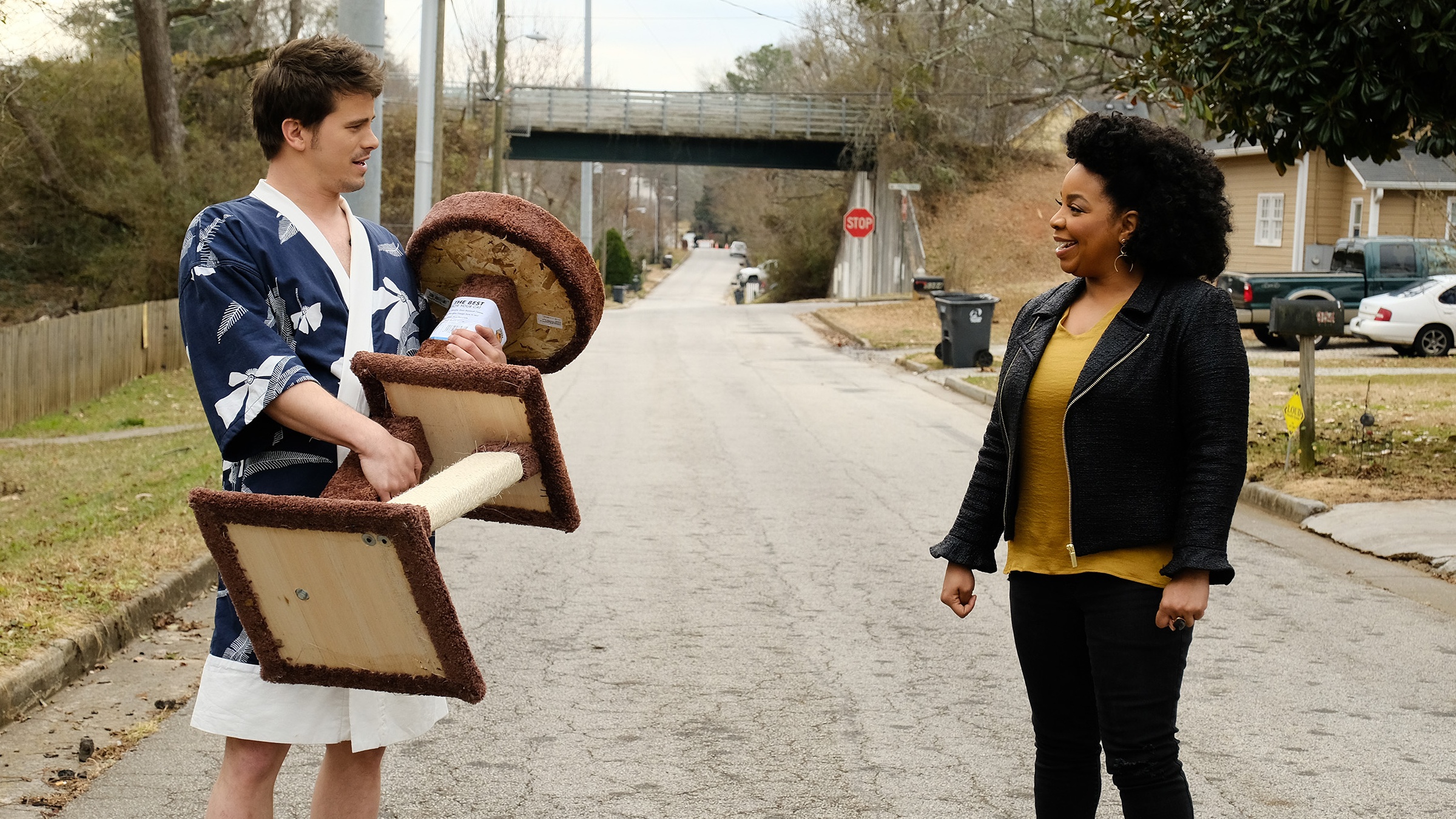 Thus ends Season 1 of Kevin (Probably) Saves the World. Honestly I didn’t realize until a few days ago that this was the season finale – I’d forgotten that Kevin was only greenlit for sixteen episodes instead of the normal twenty-two. I’m sure this had something to do with the concept being a little different from what’s usually on television – but that’s what Tara Butters and Michelle Fazekas do, and why I love their work so much. They love taking a risk and doing something a little different, and I hope one of these days their ideas find the audience they deserve.

This episode certainly doesn’t feel like a series finale – the plot or tone has no sense of goodbye, just on to the next bizarre adventure with Kevin, Yvette, and now Barry, played by Currie Graham, who Agent Carter fans will recognize as Calvin Chadwick (and how did it take me this long to realize Lesley Boone, the actress who plays Lucille, played Rose?? This show has become a reunion space for past Butters/Fazekas shows!).

Kevin gets a message from the universe to attend a funeral; while there, he meets Barry, who is the nephew of the man who passed away. Kevin witnesses the family arguing, and Barry explains that his brothers won’t carry out his uncle’s final wishes of being buried on his land. After a sympathetic conversation, Kevin and Barry hug – and wake up in a barn in the middle of nowhere, dressed in matching kimonos, with Kevin holding a cat tree.

Just another day in Kevin’s world.

But hey! We found the next righteous one! 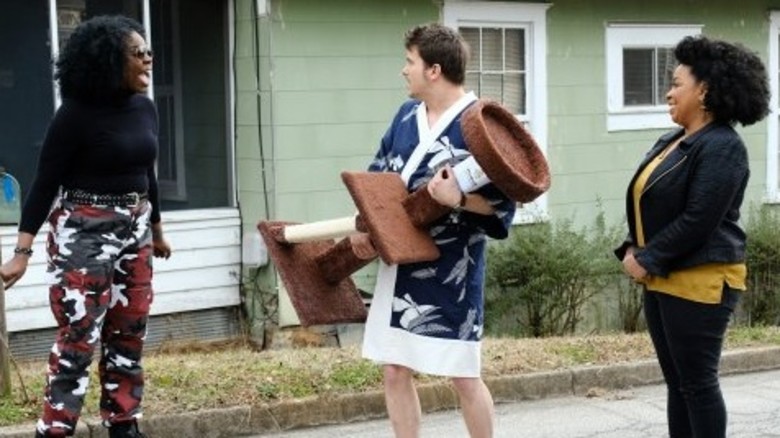 The problem with the rest of the episode comes down to structure – since we’re moving backwards to figure out what happened during Kevin and Barry’s blackout, the plot feels like it loses momentum. Then again, this show has never really been about plot as much as characters and concept, but still, it feels a little bogged down.

We do get a surprise cameo from Leslie Jones as celestial messenger Cindy, who Yvette tries to bring in as her replacement. It’s a little random and very short, but I had to laugh at the ridiculousness of the whole scene, especially thinking about someone turning on their TV at that exact moment and wondering, “Why is Jason Ritter dressed in a kimono lunging down a suburban street lifting a cat tree being yelled at by drill sergeant Leslie Jones…?” Also we got to hear Yvette say “LUUUUUUNGE,” so that was great.

As much of a fuss (appropriately) is made of the uncle’s burial, that’s not really the center of the episode. The center is Kevin cementing his relationships with all of the most important people in his life – Yvette, Kristen, Reese, and Amy.

So Kevin is finally, finally able to tell the truth about what’s going on – and, of course, Amy doesn’t believe him, because it’s all too ridiculous to be true. Until Yvette appears, explains it all – and Amy promptly faints.

Like I said, the show runners aren’t treating this finale like a goodbye. If we do get a Season 2, Amy having to accept Kevin is a righteous one is a great place to start, both comedically, as, you know, it’s Kevin, and dramatically, as now she has to come to grips with the death of her husband and how that plays into her own beliefs about God and the universe.

Funny and heavy at the same time. That sounds like this show’s MO. 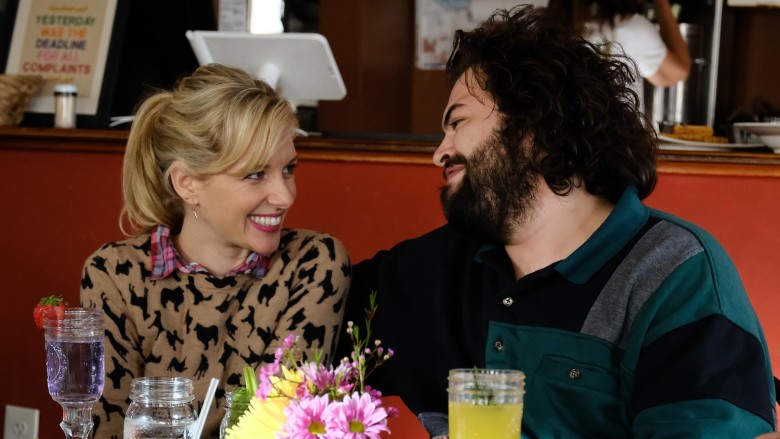 I do hope this show gets another season. If we don’t, I won’t be hugely disappointed like I was with Agent Carter (and that show ended on a frikkin’ cliffhanger), but I’ll miss it. It brings something I don’t think we otherwise have on television. So many shows are about a character getting darker and losing their moral compass, hitting rock bottom and staying there; so few are about hitting rock bottom and then the goodness that can happen after – the power in acts of kindness even if they seem a little crazy, the important things not being what you do but the people you meet and how they can change you for the better, just because you decided to do one small, kind thing. It’s about hope and kindness, and I think we could stand for a little more of it.