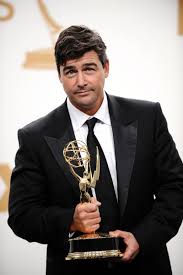 Kyle Chandler will co-star opposite Casey Affleck in Kenneth Lonergan’s MANCHESTER-BY-THE-SEA. Lonergan penned the script, which follows a troubled Boston plumber (Affleck) as he returns home to care for his 16-year-old nephew after his brother (Chandler) dies, but struggles to cope with a secret tragedy from his past.

Kevin J. Walsh, Chris Moore and Matt Damon, who was previously set to star, are producing. Michelle Williams is also set to star.

Chandler is best known for starring on the Emmy-winning series Friday Night Lights, which ended in early 2011. Since then, he has accumulated roles in huge blockbuster dramas including, Argo, Zero Dark Thirty and The Wolf of Wall Street, as well as The Spectacular Now and the upcoming lesbian drama Carol.

The actor will also star in the upcoming Netflix thriller Bloodline.

Chandler is repped by Gersh and Brillstein Entertainment Partners.