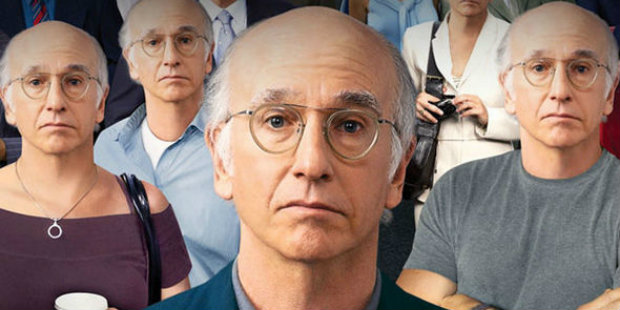 On Tuesday, HBO announced that Larry David will be returning to the premium cabler for Season 9 of the hit series CURB YOUR ENTHUSIASM.

The show stars David as a heightened version of himself – the enormously successful co-creator of the hit sitcom Seinfeld – as he navigates the frivolous minutia of everyday social interactions. The series, which has a signature style marked by improvised dialogue and scene work, also stars Cheryl Hines, Jeff Garlin, Susie Essman, and J.B. Smoove.

“We’re thrilled that Larry has decided to do a new season of ‘Curb’ and can’t wait to see what he has planned,” said Casey Bloys, who recently took over the position of president of HBO programming.

After Season 8 aired in 2011, whether or not David would return for another season was very much up in the air – as it has been for much of Curb Your Enthusiasm’s run. Curb, which premiered on HBO in 2000, now has 80 episodes under its belt and is the network’s longest-running sitcom. David has a rare situation at HBO, which essentially allows him the freedom to pick up the show if and when he chooses to do so (Louis C.K. shares a similar relationship with his series Louie at FX).

Details regarding episode stories, casting, or a premiere date have not yet been announced.

David is repped by WME.