Manager Lee Stobby of Silent R Management joined us this afternoon for a Launch Pad Twitter Chat session to talk about what he looks for in scripts and possible writers to represent. And his pug Theo came along for the ride. Stobby signed the Overall Winner of last year’s LPFC, Kate Trefry, for her script “Pure O,” which follows a college student facing graduation who starts suffering from uncontrollable violent thoughts and becomes obsessed with finding out what they mean, and why they’re suddenly happening to her. Stobby also signed two writers from 2013 Hit List and two from the Young & Hungry List. He will be a judge for LPFC again this year.

In case you missed the session, here’s the transcript of Stobby’s Twitter Chat:

@LMichelakakis: What’s the number one thing I can do to have an agent/manager take me seriously when submitting a script?
@LeeStobby: Keep it short & sweet; imagine you catch Steven Spielberg in an elevator, what do you tell him?

@TheGreatCosmo1: Can you name a few screenplays that you would encourage new writers to read for inspiration?
@LeeStobby: couple I always send: The Lower Dweller (spec), The Disciple Program (for first 20 pgs)

@twolitreian: to add to Sean’s question. Can you name a few that new comedy writers should read?
@LeeStobby: my favorite “comedy” script is Convention by Christopher Painter.

@RobbyGallais: Everyone asks what a new writer SHOULD do but what should a new writer AVOID doing at all costs?
@LeeStobby: Not living in LA. This is the single most difficult element to overcome.

@RobbyGallais: Looks like lots of last year’s LP winners are out-of-state or international AND repped. How did they do it?
@LeeStobby: Those writers would be even more successful if they lived here. Hollywood is about relationships

@WesternLowland: Complete this sentence. If you _________, in a meeting, I have no interest in dealing with you
@LeeStobby: aren’t interesting

@TheGreatCosmo1 asks: Are these “save the cat” beat sheets and other checklists helpful for new writers or too limiting?
@LeeStobby: Know the rules and process(es), then just write how it works for you. Everyone’s different.
@LeeStobby: I’ve seen the most beautiful, powerful scripts just come from someone’s heart; no “rules” needed.

@WillieLopez4eva: Do all pugs go to heaven?
@LeeStobby: they definitely do. This pic happening right now. 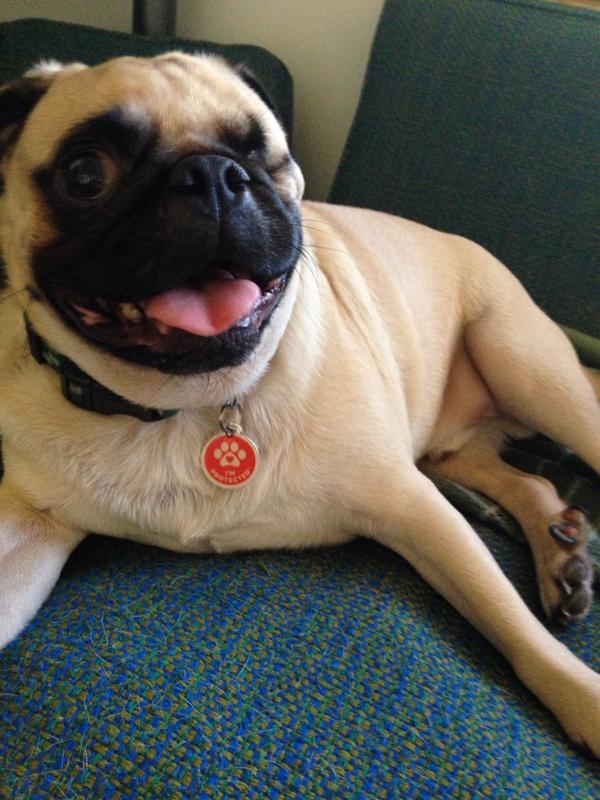 @hectorcortez: How many scripts should a writer seeking representation have? 1,3,more? Would a mix of scripts/treatments be ok?
@LeeStobby: You really only need one; you can write twelve but only send one.

@rothschildmd: What does it actually mean to be “signed?” Met w/ a manager & we agreed we want to work together. What’s next?
@LeeStobby: think it is always completely different; depends what you have, what he/she is planning.
@LeeStobby: but most important thing to always remember is that everything takes way longer than it should.

@Origami_Mami: @theo_pug Are you a manager, too?
@theo_pug: Yes, I have a client list of one: Lee Stobby. It’s a full time job.