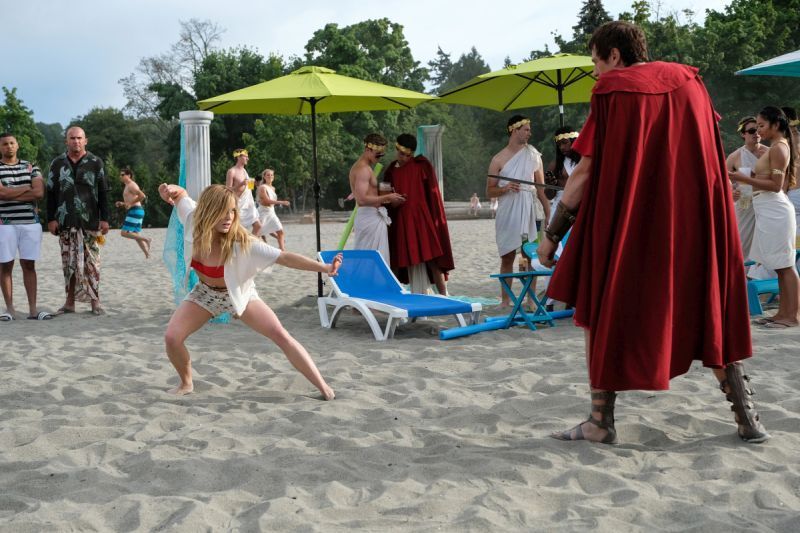 Hey ya’ll, welcome back to another season of Legends of Tomorrow. Last season ended with our team realizing they’d broken time, and we’ve all been waiting on the edge of our seats to figure out how they’ll get out of the mess they’ve made.

Season three starts as a refresh for our team. After Sara’s orders results in the Legends “breaking time” last season, Rip disbands the Legends to make way for a new set of time masters, meaning the Legends have to find…wait for it… day jobs. Saraa works at a convenience store where she daydreams about killing her manager (like every retail worker ever), Ray works at a sexist startup, Nathan fights crime in Central City (complete with a Wally cameo!) and is attempting to find love on social media, and Mick has finally found his beach on Aruba. 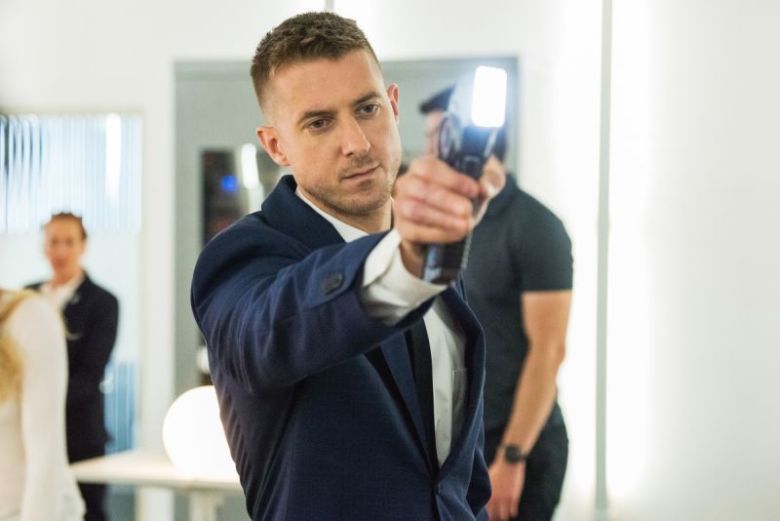 But, as you know, things can’t stay normal for long.While Mick sips Mai Thais on the beach, he’s approached by the Julius Ceasar – an “anachronism” left over from the time break. Mick alerts Sara, who immediately quits her job to get the team back together. It’s a tough sell, especially to Nathan who’s enjoying his time being the “second” most popular hero in Central City (why though?), but Sara gets Nathan and Ray help out.

The team sets out to find Rip at the new Time Bureau, where they weren’t exactly welcomed with warm arms. Nathan confronts Rip about his old bae, Amaya, blaming him for her absence, only to learn that she decided to go back in time on her own accord. Salt.But ya’ll know I didn’t like them anyways so… no skin off my back.

Either way, Rip boasts about how efficient the Time Bureau is, able to take down any and all anachronisms without any of the Legends’ normal bullshit. He’s even turned the Wave Rider into a simulator to train the new and improved time masters. Rip and his shiny Time Bureau don’t have any use for the Legends anymore and is insistent on handling the Caesar situation himself.

However, operation Caesar rescue fails when the time Bureau captures both Mick and “Caesar”, who the Legends learn is actually a college student dressed like Caesar – even though Rip thinks they’ve captured the real Caesar. Once the Legends realize the real Caesar is still out there, they become determined to get their groove back and decide to steal the Wave Rider to bring in the real Caesar before any real damage can be done. But also, why wouldn’t they decommission the Wave Rider so any old shumck wouldn’t be able to get it to work? Turns out, it doesn’t, and Nathan directs the ship to Central City, where “he knows someone that can fix it.” 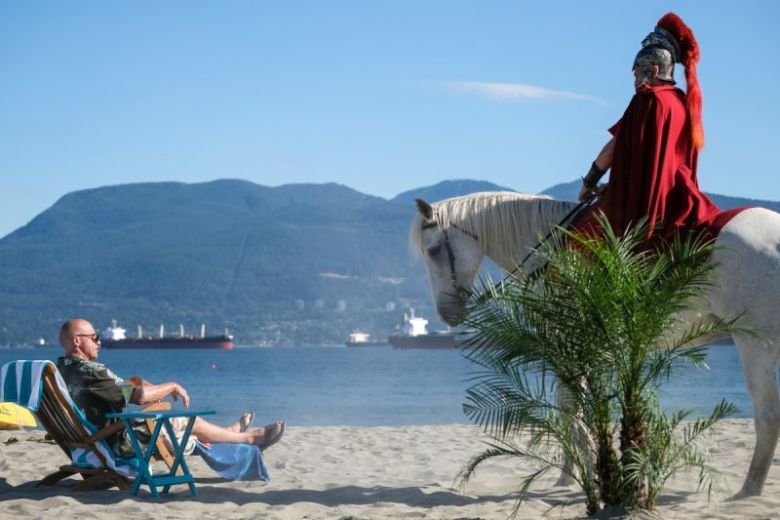 Cut to: Jefferson showing up at Stein’s door, letting him know that he dropped out of school because studying engineering isn’t as interesting as working as an engineer on a time ship. As we learn that Stein’s daughter is back in his life, and pregnant, the Wave Rider parks on Stein’s front porch. Obviously, Stein and Jax agree to join on and by mid-episode, our team is back together!

The team arrives at Aruba to find Caesar directing a group of college students into a duel. Sara tells the team that they can’t use their powers – and instead uses her super assassin training to take Caesar down using hand to hand combat.

Having captured Caesar, the team has the choice: either turn him into the Time Bureau like good kids or take him back to where he came from themselves. They do the latter.

All is well until Caesar somehow gets ahold to the “History of Rome” book that Nathan had been carrying around, giving him access to information he had no business knowing. Having access to future knowledge allows him to take over the “known world” and the “unknown world” – which results in America being erased from history.

Before Sara can hatch a master plan to clean up her team’s mess, Rip and the Time Burea show up to get the job done “without the mess.” Although Sara tries to convince Rip he needs them, Rip insists it’s Sara who just desperately wants to live the glory days. A cocky Rip is blindsided when he marches his agents right into a trap, which Sara was able to sniff out because of her retail experience. So obviously out of his league, Rip is forced to consult with the Legends for help. But also, wouldn’t the Time Bureau have faced worse threats than this? No?

So what happens next? Epic fight scene – even Firestorm gets to make an appearance. The team rescues Rip’s fallen agent and the day is saved. Even though Rip doesn’t give them the Legends’ due props to their face, he tells one of his agents that the Legends’ messiness could be just what they need later. Just like all wonderfully sweet endings, all of the Legends agree to stay on the ship and work together.

As a cliffhanger, we cut to Zambesi, where we watch Amaya protecting her village from poachers – a shocker to me since I just figured she would be gone this season. 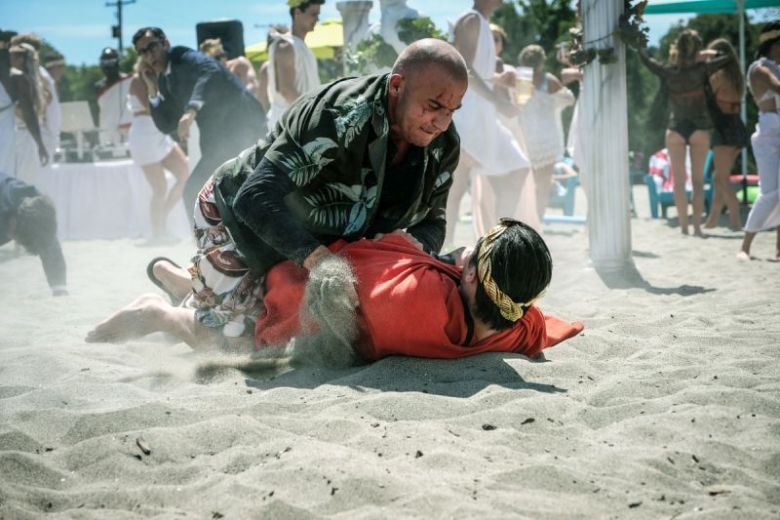 Here are my thoughts on the season premiere:

First, I don’t have time for Rip’s new bougie attitude and his little tailored suit. After dealing with his multiple personalities all last season, I’m not about to deal with Rip trying to act like he deserves to be high and mighty.

But in all seriousness, I have mixed feelings about this premiere. At the end of season 2, there were a plethora of cliffhangers that we were left with, the biggest being the fact that the Legends broke time. While I appreciated seeing the Legends having to “start over”, there was something disappointing in how quickly all of that was resolved in the first ten minutes. Understandably, the “breaking time” was a segue into introducing the fall of the Legends and Rip’s new and improved team, but I do think there could’ve been more time dedicated to wrapping up season 2. It almost felt as if they were trying to hurry up and tie up all the loose ends so they could move on to new business this season.

Also, I wasn’t a huge fan of Amaya’s reveal. I’m a black and white person to a fault, so I would prefer if you use her or you don’t. I wasn’t sure what the point was of alluding to her being stuck in Zambesi if they were just going to show her at the end fighting crime. That wasn’t much of a reveal – we knew where she was and what she was doing, so why show her at all? Did I miss something? A clue that hinted at something deeper than what we saw? Or was her appearance just fan service? I guess that’s cool too.

Other than that, I’ll say the Legends of Tomorrow has really nailed down their tone. I love the bro dynamic between Nathan and Ray from last season and the personal bonds between each member of the team. I thought there was a strong parallel between Sara and Jax, who are both feeling like their life is incomplete without their team. There’s also something heartbreaking about Sara struggling with her fall as a leader, and having to rebuild that trust for herself again.

Overall, I thought it was a decent episode, but I felt like it was more of a filler episode for later in the season than a season premiere. Either way, there are dark things coming for the Legends (according to Rip), and if this season is anything like last year, I’m interested to see how dark this season will go.