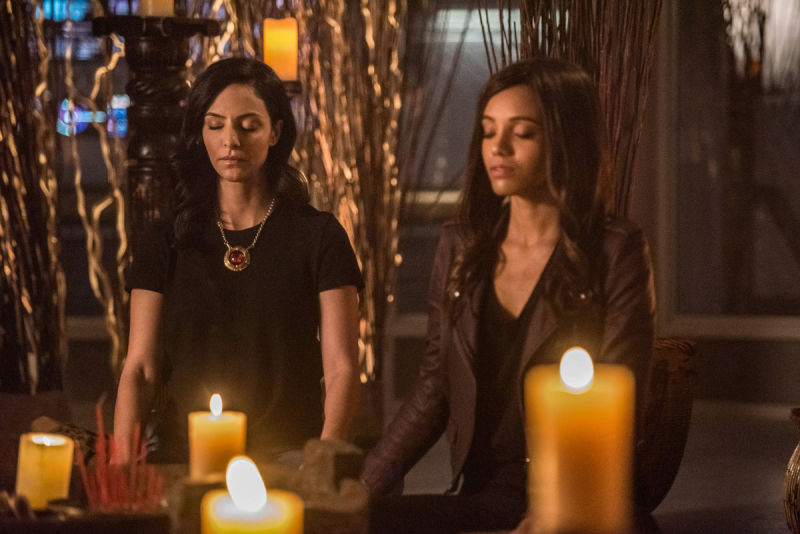 So I am here for hilarious/awkward Dad Damien Darhk. This week’s episode of Legends of Tomorrow, “No Country for Old Dads” spent a lot of time exploring the relationship between Darhk and his daughter Nora. But it wasn’t a sappy, “I only did this because I didn’t know better” after school special. This episode included Darhk opening up about his strained relationship with Nora to a guy he’d just murdered while the guy’s blood spilled on the floor. So yeah, it definitely stayed true to Darhk’s evil-ness, but it still gave Darhk some three-dimensionality. To be honest, watching Darhk play dorky dad as he tried to reconnect with his 20-year-old daughter was funny, refreshing, and unexpected.

Like a lot of episodes this season, “No Country For Old Dads” (inspired by the Coen brother’s No Country for Old Men) was visually darker, grittier… and oranger. What made this one of my favorite themes of the season, was the fact that the dark Coen brothers style was juxtaposed against the overall lighter tone of the episode. This episode didn’t take itself too seriously, and we got to see the characters play and have fun. Darhk playing the role of “No Country”’s Anton, the sick, stoic serial killer, wasn’t meant to be a true homage – but almost like a parody.

While a cryptic message from Ray has the team searching for him at old Grateful Dead concerts, Ray is forced to help Darhk and Nora save a German scientist (and his secret for cold fusion) in order to restore the fire totem. Unfortunately, the German scientist was killed by a young Anton wig wearing Damien Darhk, who was recruited to kill the German scientist by the big oil industry. Young Darhk proves to be a merciless and quick killer (much like Anton) which makes rescuing the German scientist nearly impossible. 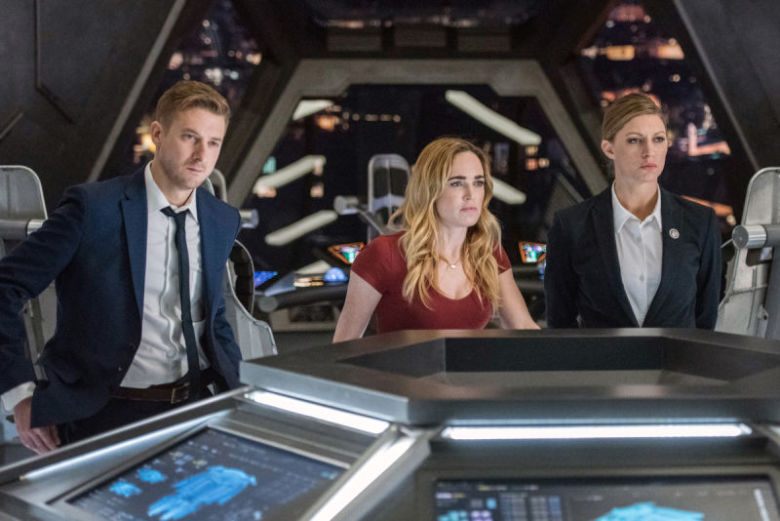 What’s funny is that as the mission goes on, we get a weird, almost 1990s multicam sitcom version of “a sappy father tries to reconnect with his daughter” storyline. Nora feels like her father doesn’t trust her strength and Darhk just wants Nora to understand that he does love her in his sick way. Throughout all of this, Ray’s forced to play mediator, which eventually results in Darhk being able to express his feelings to Nora. Ultimately, Ray is rescued by the Legends after blasting a hole in the Berlin Wall, which causes an anachronism.

Back on the ship, the team is joined by Wally and Rip. Wally helps the team rescue Ray, and decides to stay with the team… which I’m really happy about. 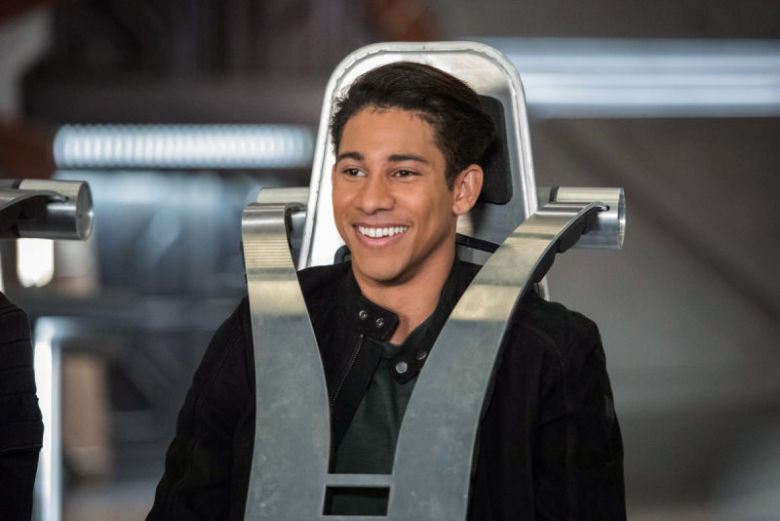 Neal McDonough has always played Damien’s character with a little bit of sass, but this episode was a great way for him to demonstrate Darhk’s black humor. He was a fun watch the entire episode, and I genuinely enjoyed every moment he was on screen. We’ve never seen Darhk thrown out of his element, but it was refreshing to watch him struggle with connecting with his daughter by tossing around bad dad jokes and threatening to punish her if she stayed out on the mission with Ray too long. However, in true Darhk fashion, a lot of his humor was mixed with violence. For example, while he lamented about “getting back out there” Darhk lazily flung Ray’s old boss ( and the creator of a dating app) back and forth with his telekinesis before breaking his neck. This also relates to the Coen-brother inspiration for the episode, as they tend to mix violence and dark humor together. Either way, McDonough handled the different angles of his character well, and I enjoyed watching him.

I’m actually really excited about the addition of Wally. First of all, the Legends are going to need some extra help. At the end of the episode, while the team is getting briefed by the Bureau Chief, they witness Grood kill him. Oh yeah, I forgot about him too. I hope ya’ll remember that the last time the Legends went up against him, they nearly lost. But besides needing an extra hand in fighting a terrifying enemy, Wally just seems to fit in the world of the Legends. He’s awkward (he accidentally called Amaya a “basic bitch”), but his powers will prove invaluable to the team. 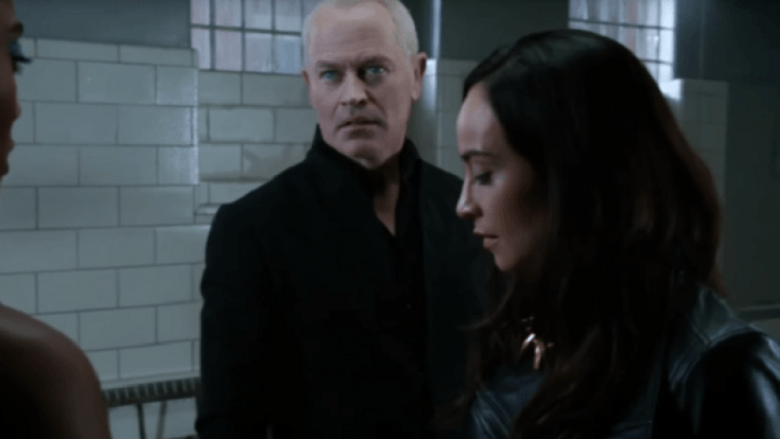 Finally, I’m excited to see what Rip is hiding from Sara about her new boo. In the final moments of the episode, after Grodd kills the Bureau Chief and Agent Sharpe becomes the highest ranking officer, Rip quietly instructs Gideon to erase a video file, and tells Gideon the Sarah must never know the truth about Sara. What could it be? Is her relationship with Sara a lie? Is she just a spy planted by Rip to keep tabs on the team? That would be devastating, but I wouldn’t mind seeing what lengths a hurt and betrayed Sara would go to to get revenge.

The Legends continues to impress me with every episode. Not only have they got a rock star cast with excellent chemistry and comedic timing, but using “time travel” to mix in various movie inspiration makes it exciting to watch every week. Now, we’ve had a light couple of weeks. With Grood back in action, I don’t know if next week will be as humorous as this week.