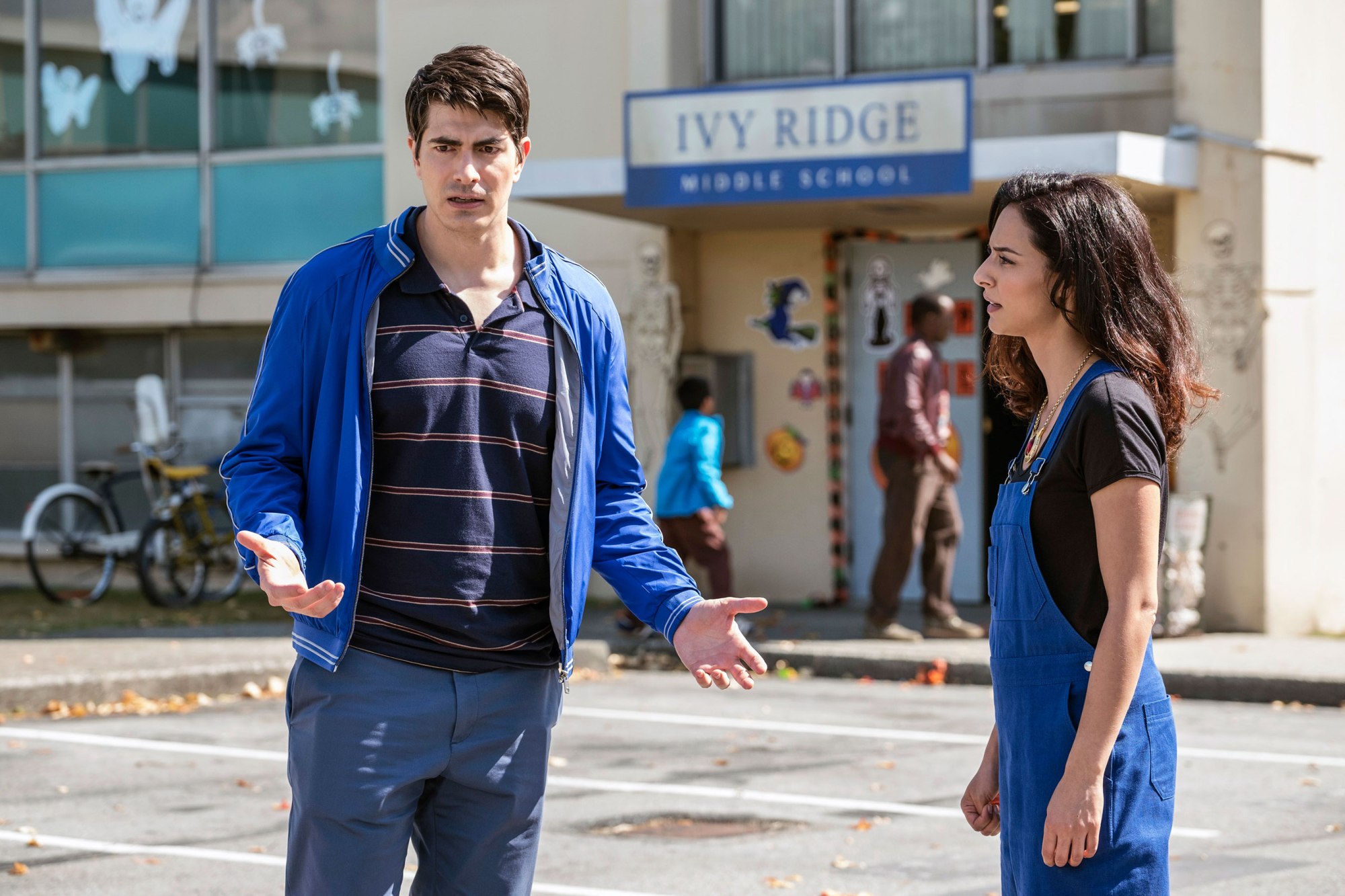 It’s my favorite time of year: Halloween, Thanksgiving, Christmas… you know any opportunity to take off from work.

We’re back in Ivy Town 1988, where we find a young Ray Palmer trying to escape some scary Men and Women in Black, who are after him for… something. Just as baby Ray almost makes his escape, he’s shot by the men.

Cut back to the present, where Ray suddenly vanishes from the ship! Gideon alerts the team that Ray was killed October 30th 1988, an anachronism. The team returns to 1988, where Ray reappears, due to temporal permanence not setting in yet, meaning the team has the opportunity to save his life. Ray baffles new team member, Zari,who can’t understand how Ray can stay so positive considering…he’s dead.

The team follows little Ray, hoping to figure out who’s tracking him and hopefully keeping baby Ray away from any danger. While following him, the team watches as baby Ray shoplifts some candy bars, something that Ray claims he’s never done a day in his life.

As the team continues to follow little Ray, Ray slowly realizes that the past he remembers wasn’t exactly as squeaky clean as he thought. For example, the “friends” he thought were his friends were actually bullies. Ray and Zari follow baby Ray back home, where baby Ray is hiding a “Dominator” underneath his bed (the reason why he stole the candy).

If you don’t remember, the Dominators are terrors who nearly tore the Legends apart. The Legends are now tasked with getting rid of the dominator, and making sure they get it away from baby Ray as fast as possible. 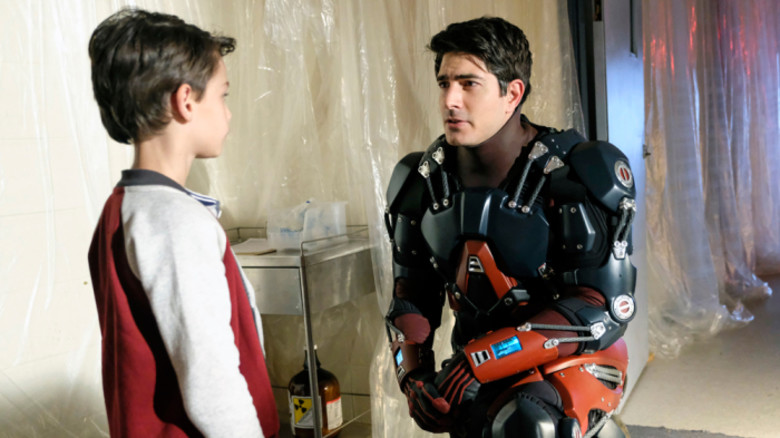 Meanwhile Jax confronts Stein, who’s been a little disconnected from the team, making it obvious he wants nothing more to get off the ship.

Back on the ground, Ray and Zari breaks into Ray’s childhood home, where little Ray has skipped school to take care of his baby Dominator. While they wait for the perfect opportunity to snatch up the Dominator, Ray’s mother returns home after getting a call that Ray skipped school. While Ray’s mom scolds baby Ray, the Dominator grows angry, so Nathan (who has a huge crush on Ray’s mom) and Amaya enter her home to create a distraction.

While Amaya and Nathan create a distraction, baby Ray hears his mother complain to the team that she hates her son spends so much time with his inventions, and wishes he could be normal. Ray decides to run away with the Dominator, packing mini sized Ant-Ray, who he thinks is a toy. Zari follows baby Ray, trying to convince him that he needs to ditch “Gumball” the Dominator. Stubborn baby Ray refuses, just as another time ship descends on the group. 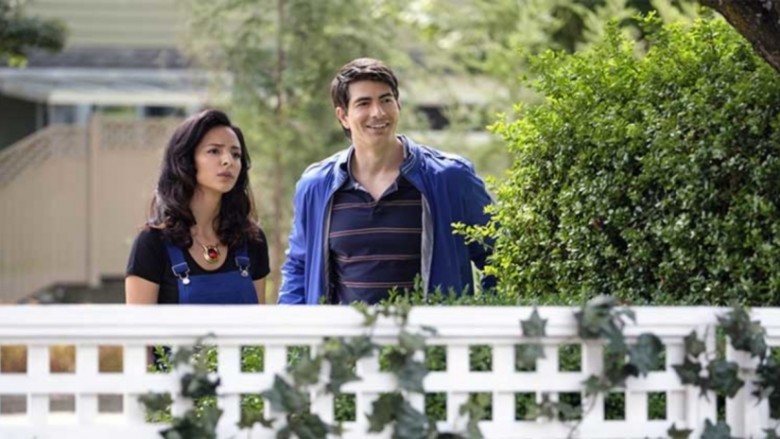 Mick helps Jax track down what’s going on with Stein, and finds that someone has been deleting the travel logs and leaving the ship. Mick guesses that someone has been alerting the Time Bureau as to their whereabouts, and that someone might be Stein, the guy clearly uninterested in the group. Jax and Stein also find a secret lair that Stein created, finding some kind of radio transmitter where he’s able to communicate through time. Things aren’t looking up for Stein, but then Mick and Jax find out that Stein has actually been talking to his daughter, who’s about to have her baby. Hearing this, they’re convince to help him get to his daughter.

Back on the ground, the scary Men in Black from the teaser have found Zari, Ray, and baby Ray, capturing them.  Meanwhile Sara battles with the mama Dominator, who angrily searches for her baby.

This returns us to the flashback, but this time Ray and Zari are able to prevent baby Ray from getting shot from the People in Black. Baby Ray tries to convince Ray to take Gumball with him, and while big Ray tries to scold little Ray that he has to grow up and start seeing “reality”, it’s Zari who’s there for him, promising to help save Gumball. 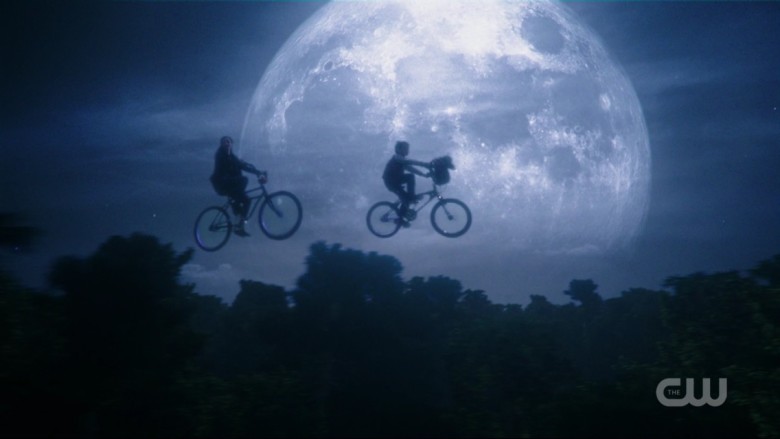 So we took a step back from moving forward on the overarching story this week, but I’m not completely mad at it. As far Halloween specials go, I thought that the story this week was a fun twist on an overdone tale, and the stakes were low enough that it made this episode work as a great filler episode that can be watched at any time.

However, I could argue that because the stakes were so low, I wasn’t invested in the story this week at all. While there was a bit amount of drama when Ray first disappeared, him being able to appear for the entire episode because of whatever time loophole definitely took me out of any urgency. And yes, we knew Ray wouldn’t end up dead by the end of the story but it would’ve been nice to feel the suspense of the “what if…” But like I said, for a Halloween episode, maybe the writers’ best bet was to keep it light and fun, and watching it on Halloween night definitely helped add to the fun.

As far as how well it paid homage to E.T…. well I’m not an 80’s baby, and I never was a fan of E.T. I know, I know that’s hearsay – but whether or not the episode did a good job instilling nostalgia didn’t really effect me because I have no connection what so ever to the original source material. I will say that the personal arc of baby Ray coming into himself and dealing with being an outsider was effective for me, and I thought that for the amount of plot and action this week, the writers did a good job sandwiching in a coming of age story. I was also appreciative of Zari’s arc this week too, and I’m glad to see that she’s accepted being a part of the team, and that I don’t have to watch her being all moody and sullen any longer.

I don’t know about you, but I don’t mind filler episodes. I’m a sucker for “holiday episodes” and I thought bringing back the Dominators this week was a smart idea. Happy belated Halloween everyone!